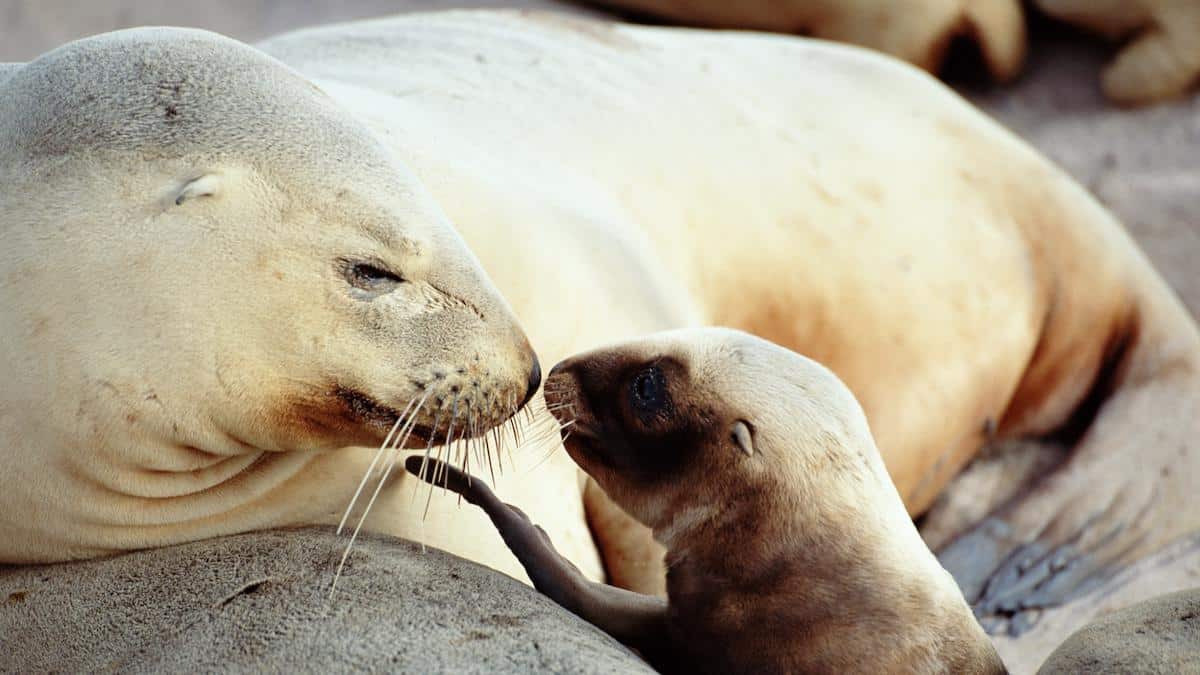 New Zealand sea lions are an endangered species and one of the rarest species of sea lions in the world. Art Wolfe / Photodisc / Getty Images

Dunedin, the second largest city on New Zealand’s South Island, has closed a popular road to protect a mother sea lion and her pup, The Guardian reported.

“We’ve closed John Wilson Ocean Drive to vehicles for the next month to allow some special residents to use the road safely – a New Zealand sea lion and her pup have taken up residence at the golf course next door and are regularly crossing the road to get to the beach,” the Dunedin City Council wrote in a Facebook Post Monday.

The council said that residents could still walk or ride bikes in the area, but should stay at least 20 meters (approximately 66 feet) away from the sea lions at all times and keep any dogs on a leash.

The mother sea lion, named Hiriwa, was first spotted on the Chisholm Links golf course about a week ago and is now nesting with her pup in a bush near the 13th hole, Radio New Zealand reported.

“She has come up John Wilson Drive and into the golf course to have her pup in some bushes there,” he told Radio New Zealand.

Fyfe also told the New Zealand Herald that the pup was born Thursday, Jan. 7 and immediately made its presence known by making lots of noise.

The mother and pup will now spend about a month nesting before heading out to sea, Fyfe explained. During that time, the mother will need to walk 500 meters (approximately 1,640 feet) to the beach each day to feed. On these journeys, she will think to avoid male sea lions, but she won’t be thinking about cars, people or dogs. That is why the road closure is so important, Fyfe explained.

Local residents have responded favorably to the council’s decision, The Guardian reported.

“Awesome! Love our little country in this way,” one commenter wrote on Facebook.

The golf course has also welcomed its new residents.

“We’re lucky to have marine mammals on our coastline and we need to share the space with them, as this is what makes our coastal Links and Dunedin’s coastline so unique!” it wrote in a Jan. 5 Facebook post.

New Zealand sea lions are an endangered species and one of the rarest species of sea lions in the world, the city council noted. There are around 12,000 left in the world, according to DOC figures reported by CNN. Killing one can bring a penalty of up to two years in prison or a fine of up to 8,000.

Dunedin’s 120,000 residents are used to road closures to protect wildlife, but usually these closures last for a day rather than a month, The Guardian explained. The city is also used to welcoming breeding sea lions since 1993, and their numbers in the city have increased since conservation efforts intensified.

Despite this, the overall breeding population of New Zealand sea lions is still falling. The main threats to the species are fishing, disease, human activity and lack of food.

Still, this is shaping up to be a good year for sea lions in Dunedin.

“This year we expect 20 sea lions around Dunedin to give birth. This is going to be a record number for us,” Fyfe told Radio New Zealand. “New Zealand sea lions are a threatened species that is just recovering on the mainland coastline, so it’s really good news.”