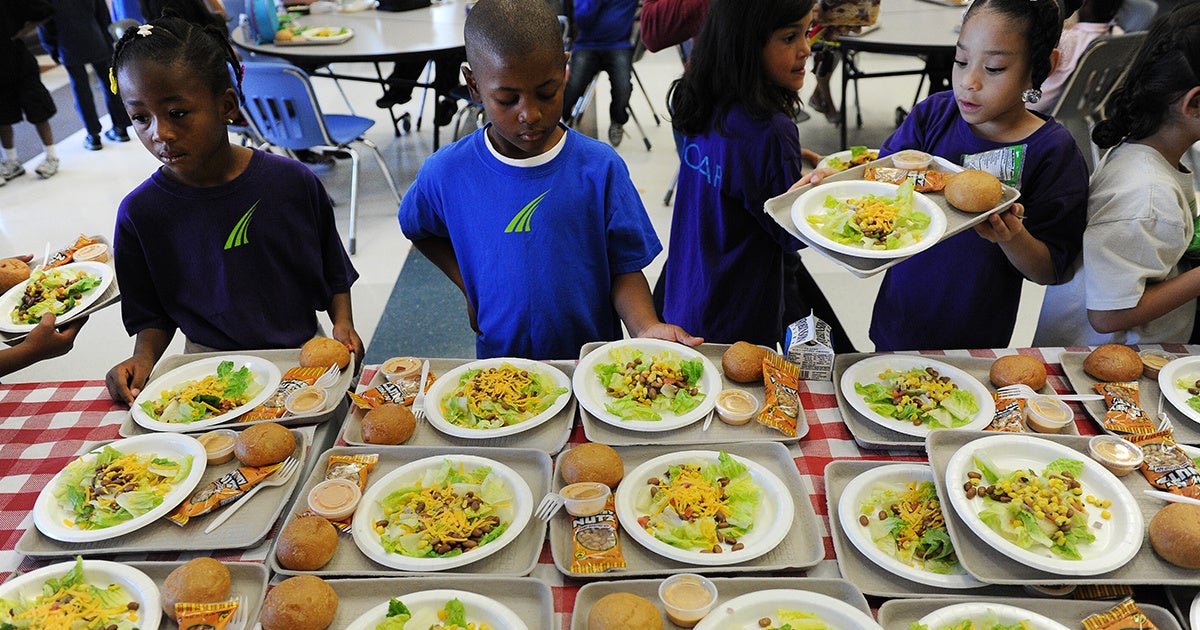 For students in the United States’ largest school district, “Meatloaf Monday” in the cafeteria will soon be a thing of the past.

Instead, New York City public schools will be adopting “Meatless Mondays” for the 2019-2020 school year in an effort to improve public health and reduce the city’s environmental footprint, Mayor Bill de Blasio announced this week.

Each Monday, all breakfast and lunch food served to students will be entirely vegetarian, though students are still welcome to bring pack lunches with meat in them. According to the Department of Education, Food and Nutrition Services officials will meet with students to receive their input before the menu is finalized.

The program was successfully piloted at 15 Brooklyn schools in Spring 2018 and the decision to expand it to the more than 1,800 schools citywide was based on positive feedback and metrics. The program will be cost-neutral, officials said, and school lunch is already free for all 1.1 million public school students in the city.

“When you’re talking to a 10-year-old and they know this is good for their body and good for the earth, that proves we’re going in the right direction,” de Blasio said in a video posted to his Twitter account. “There’s a lot of enthusiasm.”

For decades we told our kids to eat their vegetables. Now kids are making healthier choices for themselves AND for our planet. That’s why we’ve brought Meatless Mondays to all 1,800 @NYCSchools. pic.twitter.com/dmfwuWl8dB

New York City joins a national movement of more than 100 other districts across the U.S. that participate in Meatless Mondays, according to Grist. Other organizations are getting on board too: New York City hospitals launched a Meatless Mondays initiative this year, while the City of Berkeley, Calif. now requires all food served at official meetings and events on Mondays to be vegan, The Hill reported.

Four school districts in northeastern Brazil recently went a step further: the cities voted to become the first in the world to serve only plant-based meals in order to reduce their environmental footprint and boost healthy eating habits.

A large body of research suggests that a plant-based diet can lower an individual’s risk of diseases like diabetes, heart disease and cancer, registered dietician and author of “Plant-Powered for Life” Sharon Palmer told CNN. Meat can be a good source of protein, but most Americans eat more than 1.5 times the recommended amount. Excess red and processed meat consumption is linked with increased risk of the same diseases plant-based diets can help prevent, research found.

Eating less meat also appears to be beneficial for the earth.

A 2018 study published in the journal Science found that animal husbandry related to meat and dairy produces 60 percent of agricultural greenhouse gases and is responsible for 83 percent of all farmland use while only providing 18 percent of all global calorie intake. In other words, reduced meat consumption can lead to lower greenhouse gas emissions and more efficient use of farmlands.

“Reducing our appetite for meat is one of the single biggest ways individuals can reduce their environmental impact on our planet,” Mark Chambers, director of the NYC Mayor’s Office of Sustainability, said in a press release. “Meatless Mondays will introduce hundreds of thousands of young New Yorkers to the idea that small changes in their diet can create larger changes for their health and the health of our planet.”

This trend toward “reducetarianism” has met some resistance, however. The U.S. Department of Agriculture pulled its support for Meatless Mondays in 2012 after complaints from livestock industry lobbyists and GOP legislators, The Hill reported.