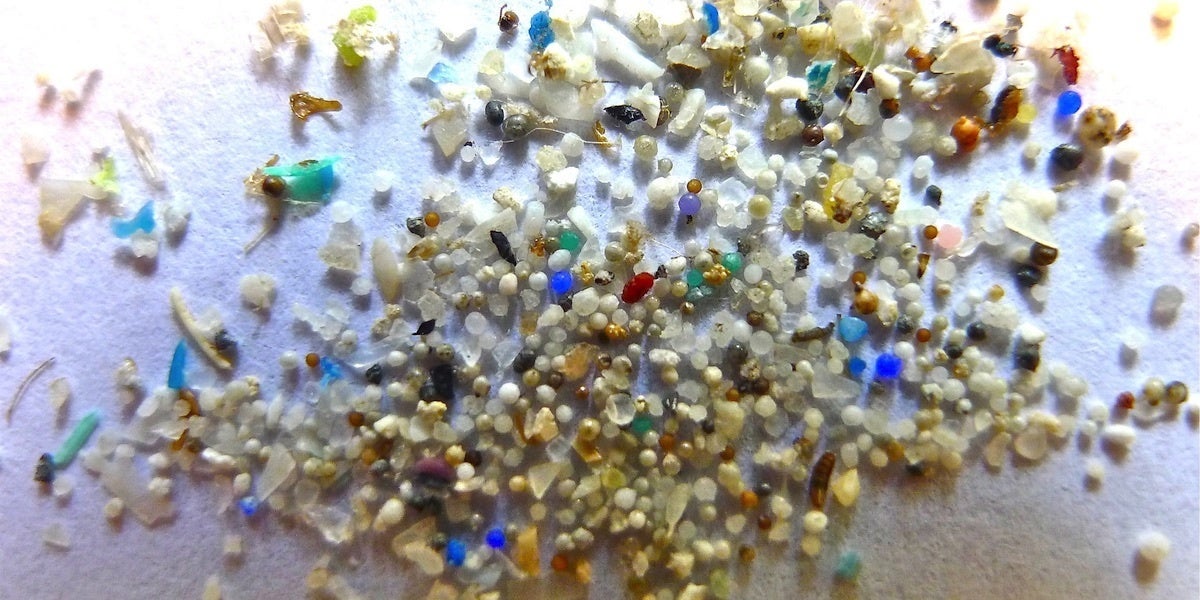 A ban on microbeads came into force in Britain on Tuesday, an initiative that will “stop billions of pieces of plastic entering our ecosystem, helping to protect our precious seas and oceans,” Prime Minister Theresa May tweeted.

Former President Barack Obama
signed a bill in 2015 that phased out the manufacturing of face wash, toothpaste and shampoo containing plastic microbeads by July 1, 2017, and the sale of such beauty products by July 1, 2018.

Microbeads are used as exfoliants in personal care products, but these non-biodegradable bits of plastic are easily washed down drains and pass unfiltered through sewage treatment plants. Consequently, the particles have been found in just about every body of water, especially in oceans, lakes and shorelines, causing big problems for the environment, aquatic animals that accidentally ingest the toxin-filled beads, and even our own health as the beads travel up the food chain.

“I am delighted that from today cosmetics manufacturers will no longer be able to add this harmful plastic to their rinse-off products,” said Environment Minister Therese Coffey. “The world’s seas and oceans are some of our most valuable natural assets. I am determined we act now to tackle the plastic that devastates our precious marine life.”

Today @theresecoffey has announced that a ban on the manufacture of products containing #microbeads comes into force. It’s a landmark step in the introduction of one of the world’s toughest bans on these harmful pieces of plastic #GreenBrexit https://t.co/v5z5kLEcBP pic.twitter.com/0upYi5AWFo

British lawmakers, however, are urging for more action to fight plastic pollution.

“Microbeads in cosmetics are an avoidable part of the problem, which is why we called for a ban,” member of parliament Mary Creagh, chair of the Environmental Audit Committee, which scrutinizes the UK government’s performance on environmental protection and sustainable development, said in a statement.

“This is a step in the right direction, but much more needs to be done,” Creagh continued. “Since we called for a ban, my committee has also recommended a deposit return scheme for plastic bottles, a latte levy for
plastic-lined coffee cups and reforms to make producers responsible for their packaging.”

Many businesses in the UK are getting on board with cutting out plastics. Starbucks recently announced a 5p (5 British pennies) disposable cup charge in 20 to 25 central London outlets to encourage customers to switch to reusable cups.

Prime Minister May
tweeted on Sunday that in 2015, a 5p fee was introduced on plastic carrier bags, which led to 9 billion fewer bags being used.

“It’s making a real difference,” she said of the bag fee. “We want to do the same with single use plastics.”

In 2015 we introduced the 5p charge on plastic carrier bags, we now see 9bn fewer bags being used. It's making a real difference. We want to do the same with single use plastics. Nobody who watched #BluePlanet2 will doubt the need for us to do something – and we will. #Marr