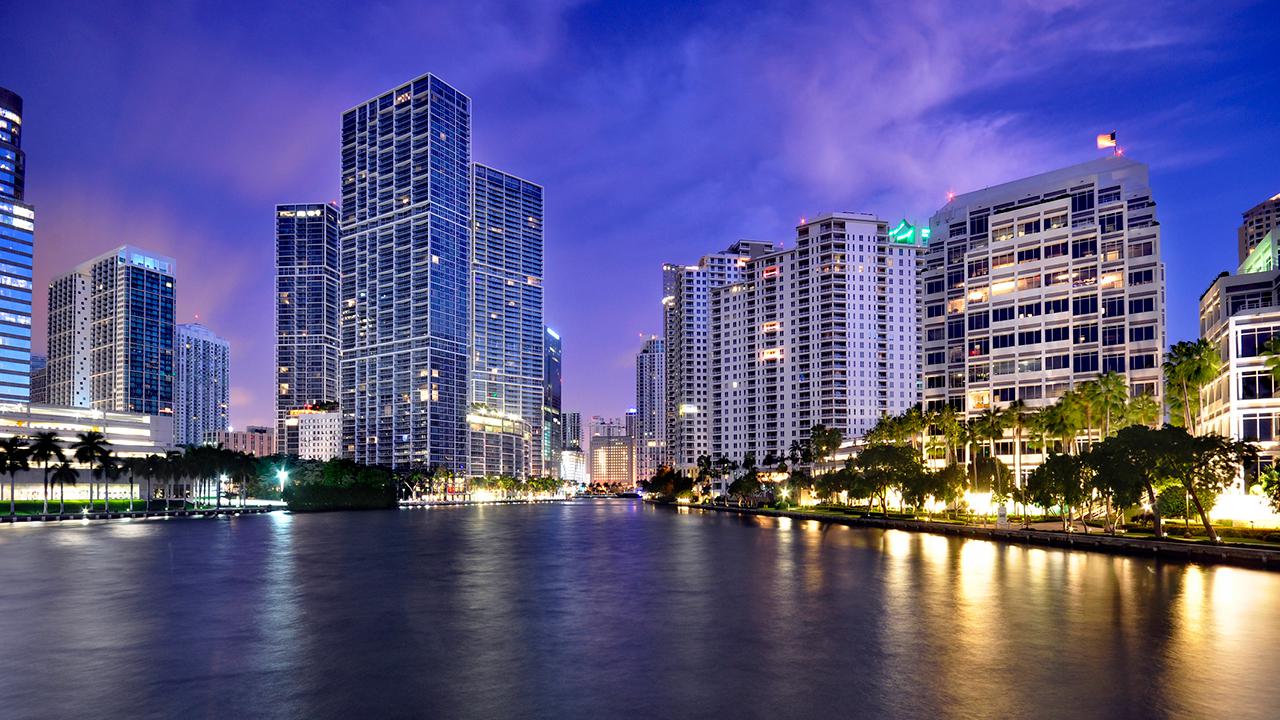 Miami is all about the water and living life outdoors. Walking paths and parks line large stretches of downtown waterfront with a stunning bay view.

This downtown core is where the Army Corps of Engineers plans to build a US$6 billion sea wall, 20 feet high in places, through downtown neighborhoods and right between the Brickell district’s high-rises and the bay.

There’s no question that the city is at increasing risk of flooding as sea level rises and storms intensify with climate change. A hurricane as powerful as 1992’s Andrew or 2017’s Irma making a direct hit on Miami would devastate the city.

But the sea wall the Army Corps is proposing – protecting only 6 miles of downtown and the financial district from a storm surge – can’t save Miami and Dade County. Most of the city will be outside the wall, unprotected; the wall will still trap water inside; and the Corps hasn’t closely studied what the construction of a high sea wall would do to water quality. At the same time, it would block the water views that the city’s economy thrives on. 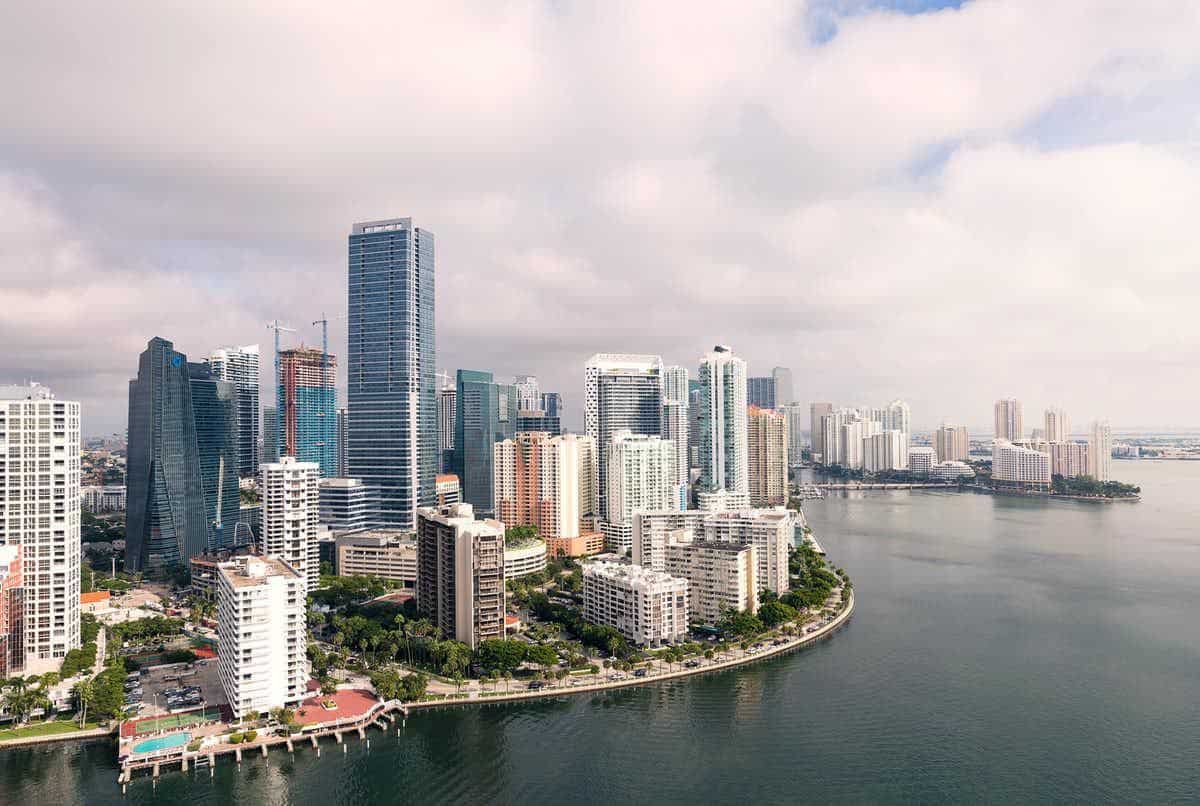 Much of Miami is built right up to the water’s edge. On average, it’s 6 feet above sea level. Ryan Parker / Unsplash

To protect more of the region without losing Miami’s vibrant character, there are ways to pair the strength of less obtrusive hardened infrastructure with nature-based “green” solutions. With our colleagues at the University of Miami‘s Rosenstiel School of Marine and Atmospheric Science and the College of Engineering, we have been designing and testing innovative hybrid solutions.

Living with water today doesn’t look the same as it did 50 years ago, or even 20 years ago. Parts of Miami now regularly see “sunny day” flooding during high tides. Salt water infiltrates basements and high-rise parking garages, and tidal flooding is forecast to occur more frequently as sea level rises. When storms come through, the storm surge adds to that already high water.

Hurricanes are less common than tidal flooding, but their destructive potential is greater, and that is what the Army Corps is focused on with its sea wall plan.

If Miami Beach were an undeveloped barrier island, and if thick mangrove forests were still common along the South Florida shoreline, the Miami area would have more natural protection against storm surge and wave action. But most of those living buffers are long gone.

There are still ways nature can help preserve the beauty of Miami’s marine playground, though.

For example, healthy coral reefs break waves, dissipating their energy before the waves reach shore. Dense mangrove forests also dissipate wave energy with their complex root systems that rise above the water line, dramatically reducing the waves’ impact. In areas where coastal flooding is an increasing problem, low-lying communities can be relocated to higher ground and the vacant land turned into wetlands, canals or parks that are designed to manage storm surge flooding. 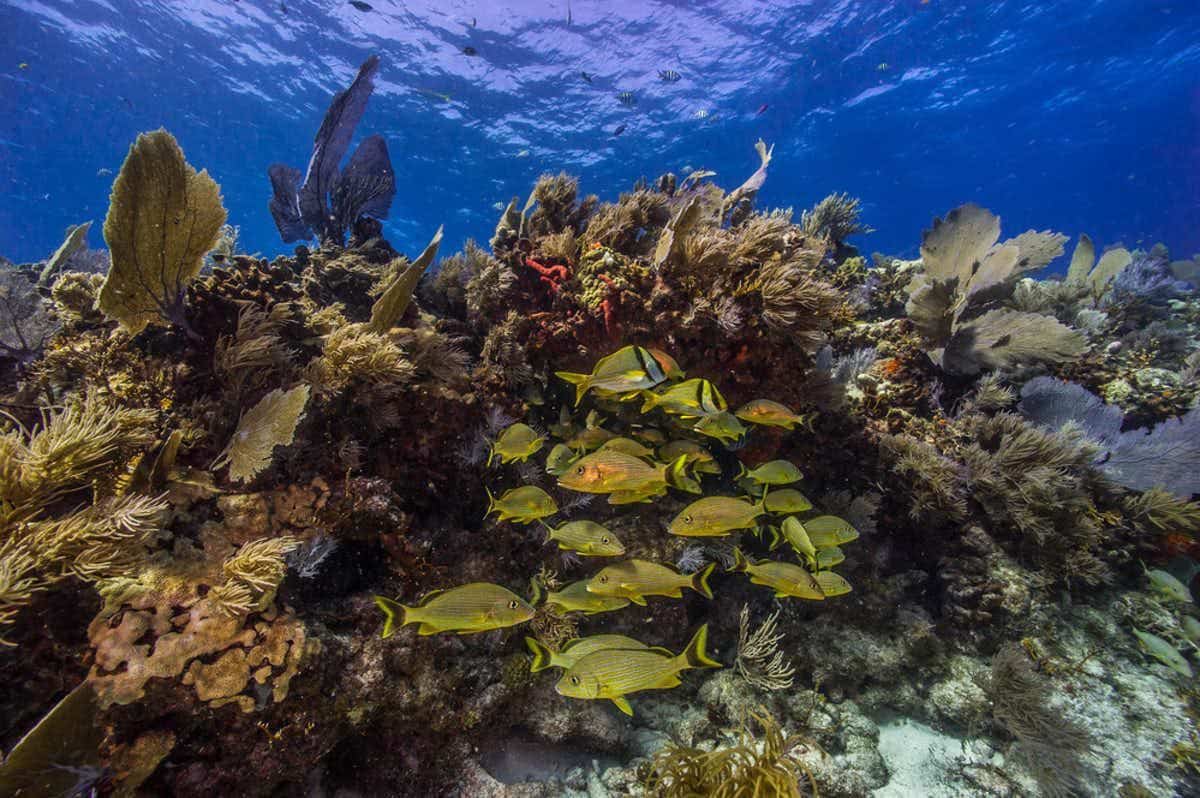 Each area of coastline is unique and requires different protective measures based on the dynamics of how the water flows in and out. Given Miami’s limited space, living shorelines alone won’t be enough against a major hurricane, but there are powerful ways to pair them with solid “gray” infrastructure that are more successful than either alone.

Nobody wants to look at a cement breakwater offshore. But if you’re looking at a breakwater covered with corals and hospitable to marine life, and you can go out and swim on it, that’s different.

Corals help the structure dissipate wave energy better, and at the same time they improve water quality, habitat, recreation, tourism and quality of life. For a lot of people, those are some of Miami’s main selling points.

By pairing corals and mangroves with a more sustainable and eco-friendly hard infrastructure, hybrid solutions can be far less obtrusive than a tall sea wall.

For example, a cement-based breakwater structure submerged offshore with coral transplants could provide habitat for entire ecosystems while providing protection. We’re working with the city of Miami Beach through the University of Miami Laboratory for Integrative Knowledge to implement three hybrid coral reefs just offshore that we will monitor for their engineering and ecological performance.

Closer to shore, we’re experimenting with a novel modular marine and estuarine system we call “SEAHIVE.” Below the water line, water flows through hollow hexagonal channels of concrete, losing energy. The top can be filled with soil to grow coastal vegetation such as mangroves, providing even more protection as well as an ecosystem that benefits the bay.

We’re currently working on testing SEAHIVE as a green engineering alternative for North Bay Village, an inhabited island in the bay, and as the infrastructure of a newly developed marine park where these “green-gray” reef and mangrove designs will be showcased.

What About the Rest of Miami?

The Army Corps of Engineers’ draft plan – a final version is expected in the fall – would give nature-based solutions little role beyond a fairly small mangrove and sea grass restoration project to the south. The Corps determined that natural solutions alone would require too much space and wouldn’t be as effective as hard infrastructure in a worst-case scenario.

Instead, the Army Corps’ plan focuses on the 6-mile sea wall, flood gates and elevating or strengthening buildings. It basically protects the downtown infrastructure but leaves everyone else on their own.

Sea walls and flood gates can also affect water flow and harm water quality. The Corps’ own documents warn that the sea walls and gates will affect wildlife and ecosystems, including permanent loss of protective corals, mangroves and sea grass beds. 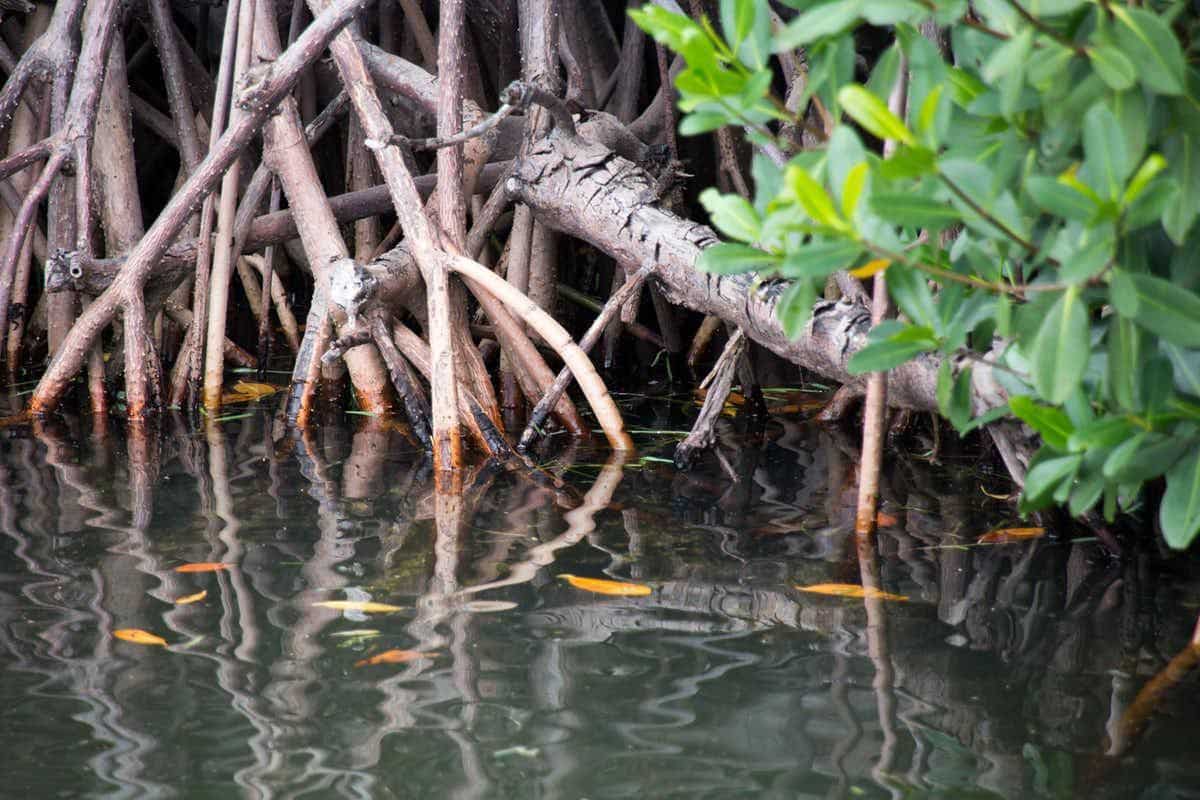 Mangrove roots rising above the water help break up the energy of waves at the shoreline. Florida Guidebook / Unsplash

We would like to see a plan for all of Miami-Dade County that considers the value that green and hybrid solutions bring for marine life, tourism, fishing and general quality of life, in addition to their protective services for the shoreline.

Both types – green and gray – would take time to build out, particularly if the sea wall plan were challenged in court. And both run a risk of failure. Corals can die in a heat wave, and a storm can damage mangroves; but storms can also undermine engineered solutions, like the New Orleans levee system during Hurricane Katrina. To help build resilience, our colleagues at the University of Miami have been breeding corals to be more resistant to climate change, investigating novel cementitious materials and noncorrosive reinforcements and developing new designs for coastal structures.

Miami in the Future

Miami will be different in the coming decades, and the changes are already starting.

High ground is at a premium, and that’s showing up in real estate decisions that are pushing lower-income residents out and into less safe areas. Anybody looking back at Miami will probably think the region should have done a better job of managing growth and maybe even managing some form of retreat from threatened areas.

We don’t want to see Miami become Venice or a city walled off from the water. We think Miami can thrive by making use of the local ecosystem with novel green engineering solutions and an architecture that adapts.

Landolf Rhode-Barbarigos is an Assistant Professor of Civil, Architectural and Environmental Engineering at the University of Miami.

Brian Haus is a Professor of Ocean Sciences at the University of Miami.