How Cities Can Meat the Climate Challenge 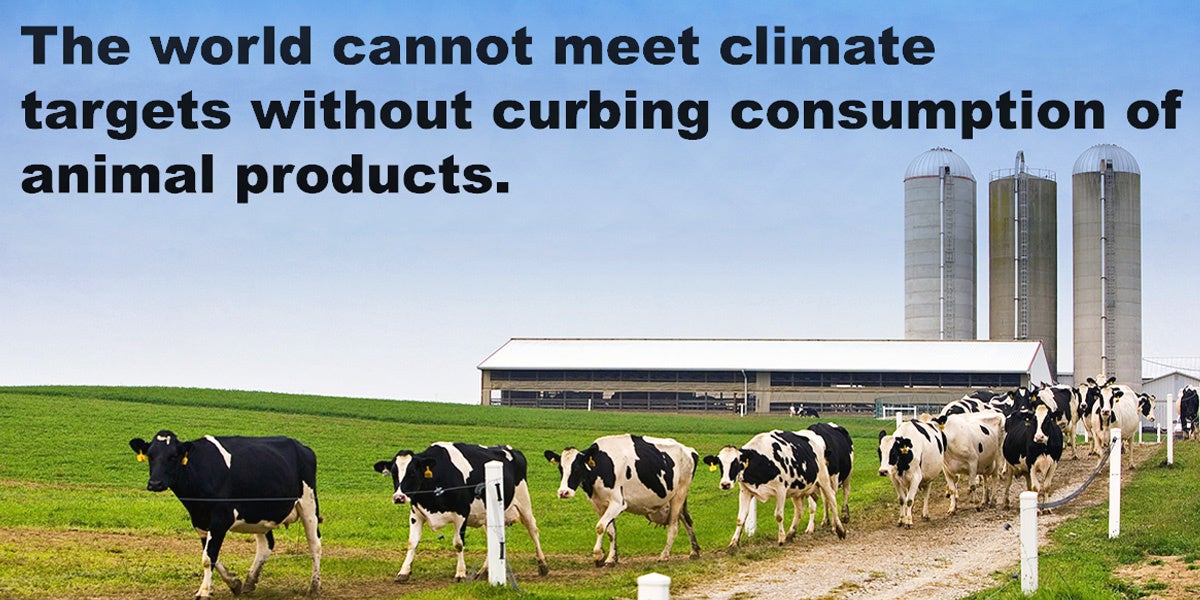 Addressing a crowd of mayors gathered in his hometown last week, former President Obama called on the “new faces of American leadership” on climate change to take swift action to spare our children and grandchildren from a climate catastrophe. Twenty-five U.S. mayors signed the “Chicago Charter,” affirming a commitment from their cities to meet the Paris agreement target for greenhouse gas reductions by 2025.

Many of these leaders made commitments to pursue aggressive strategies like purchasing 100 percent renewable energy and fuel-efficient vehicles. But the list of climate commitments that emerged from the Chicago Charter omitted a critical sector, accounting for about one fourth of global emissions: food

As a coalition of dozens of environmental and health groups point out in a recent letter to the signatories of the “We Are Still In” declaration, municipal climate mitigation efforts will be “ineffective in halting climate change if we do not also significantly slash emissions embedded in the food we eat.” That’s because, simply put, the world cannot meet climate targets without curbing consumption of animal products, which are responsible for far more emissions than plant-based foods.

Cities and counties can address the food sector’s significant impact on climate change by buying less meat and dairy and offering more plant-forward items on menus in large food venues operating on municipal property, like hospitals and airports.

Eating less meat for health and environmental reasons is backed up by science. Since the U.S. consumes 2.6 times more meat than the global average and 66 percent more protein than we need, there is plenty of room for more fruits, veggies and healthy grains on our plates.

Compared to other climate mitigation strategies, shifting how institutions buy food can be a relatively simple, cost-effective way to downsize our carbon footprint while improving access to healthy food. A case study from the Oakland Unified School District in California shows how successful this can be, slashing the school’s food service carbon footprint 14 percent by buying less meat and dairy and offering more plant-based proteins, fruits and vegetables. This not only saved the carbon emissions equivalent to driving 1.5 million fewer miles annually, it also trimmed food service costs and earned high marks from the kids.

Despite these “win-win,” benefits, fewer than ﬁve percent of municipalities have even basic healthy food service guidelines or nutrition standards. This presents a major opportunity to boost public health and climate action. The Meat of the Matter, a new report by Friends of the Earth and the Responsible Purchasing Network, lays out a roadmap for cities and counties to achieve progress on climate goals and healthy food access by changing the kinds of food they buy and shifting menus in large food venues.

We have the research and tools to help city and county leaders go further in their climate ambitions, and at the same time, use tax dollars more wisely and promote public health. As the Chicago Charter declares, and increasingly frequent climate catastrophes confirm, there is no time to lose. Reducing meat consumption is a pivotal piece of the puzzle and local government leaders can make an important contribution by putting less meat on the menu of climate change solutions.

Kari Hamerschlag is deputy director for food and farming at Friends of the Earth and Christopher D. Cook is the author of Diet for a Dead Planet: Big Business and the Coming Food Crisis.