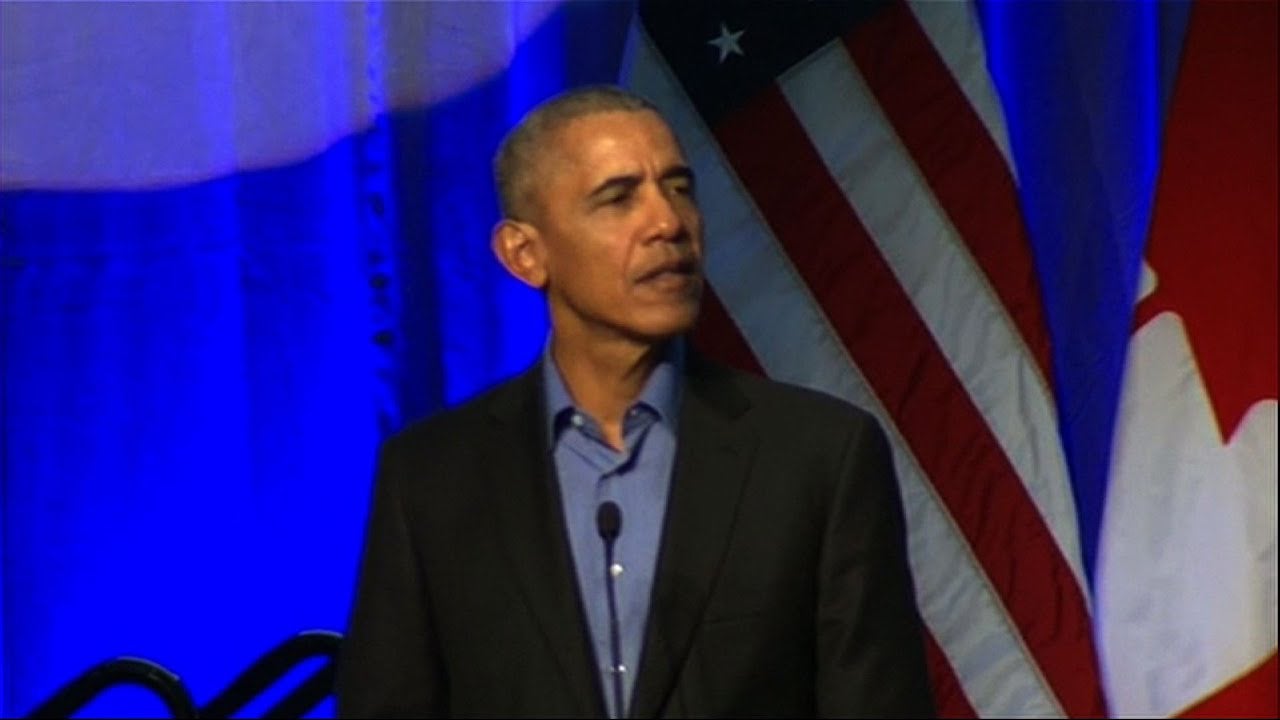 Former President Barack Obama appeared at a gathering of mayors from around the world in Chicago Tuesday to talk about climate change and encourage leaders to take action, according to the Associated Press.

It was the latest in a series of appearances from the former president who offers a perspective that differs from his successor. Just last week, Obama met with Chinese president Xi Jinping.

The North American Climate Summit was gathered to explore how city leaders can take action on climate change. More than 50 mayors attended the event, including those from Paris, Mexico City, Montreal, Austin and Atlanta. It was partly inspired by the recognition that cities may have to play a bigger role if action at federal levels of government recedes.

The U.S., for instance, intends to withdraw from the Paris agreement, opening up a larger opportunity for action on the local level. Mayors throughout the U.S. have since reaffirmed their commitments to the global arrangement.

While Obama didn’t refer to Trump by name, he expressed opinions that are at odds with the current president, the New York Times noted.

He also insisted that mayors have an important role to play on environmental issues, according to the AP.

“Ultimately the work is done on the ground,” Obama said during the event, AP reported. “Cities and states and businesses and universities and nonprofits have emerged as the new face of American leadership on climate change.”

Mayors have long played a crucial role in addressing climate change. This makes sense because cities hold the bulk of the world’s population and mayors can often take action more readily than leaders overseeing larger bodies of government.

Obama echoed these points during the event and drilled down even further, calling on individuals everywhere to play their part in mitigating climate change.

“Climate change can be solved by human action,” he said. “We lead respectively where there is no consensus or directive out of our national governments.”

Global Citizen takes action on the Global Goals which call for strong climate change. You can take action on this issue here .