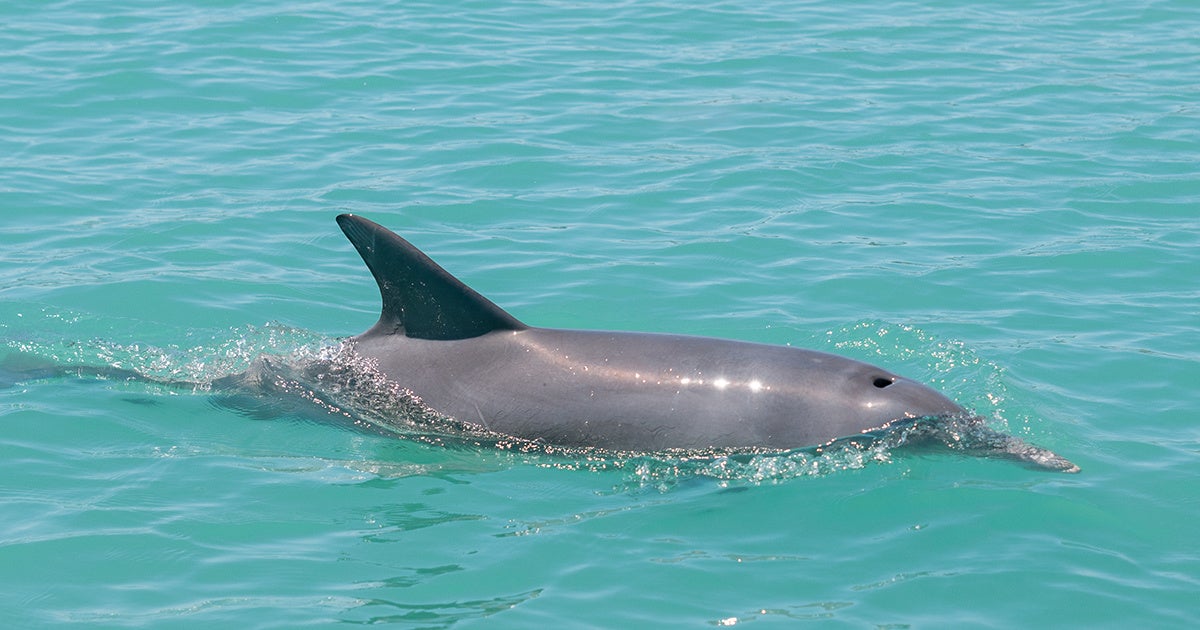 The survival rates of Indo Pacific bottlenose dolphins like this one were reduced following a marine heat wave in Australia. Graeme Snow

Climate change could have a deadly impact on dolphins and other marine mammals.

That’s the saddening implication of a study published in Current Biology Monday. Researchers looked at what happened when a marine heat wave scorched waters off the coast of Western Australia in 2011. What they found was that the survival rate of dolphins in the area declined by 12 percent and that female dolphins gave birth to a smaller number of calves. The effects lasted up until 2017.

“The extent of the negative influence of the heat wave surprised us,” lead study author and University of Leeds PhD student Sonja Wild in a statement reported by USA Today. “It is particularly unusual that the reproductive success of females appears to have not returned to normal levels, even after six years.”

The researchers had been studying dolphins in an area known as Shark Bay, a World Heritage Site home to Indo-Pacific bottlenose dolphins. The 2011 heat wave, which raised ocean temperatures in the area as much as four degrees Celsius above average, killed off seagrass and fish in the iconic bay, a University of Bristol press release explained.

The researchers wanted to know if the seagrass die-off had impacted larger animals.