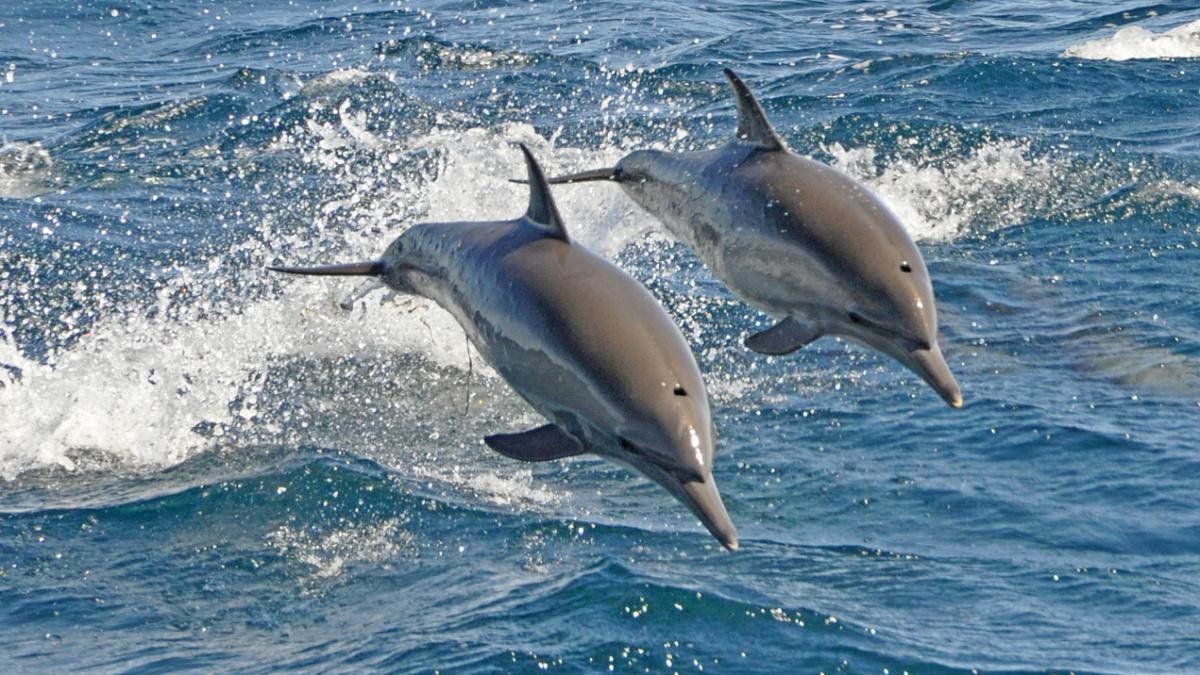 The dolphins were first seen near the WNYC Transmitter Park in Brooklyn around noon, ABC7 reported. Twenty-six-year-old actor and Upper West Side resident Cailin Doran shared videos of the animals on Twitter, Gothamist reported.

Dolphins, in the East River. What. pic.twitter.com/Lxakfkz9Oz

Doran, who is originally from California, told Patch that she was used to seeing dolphins in her old home, but not her new one.

“It’s just such a bright light in everything that happened over the past year,” she said.

While it is unusual to see dolphins with the New York skyline in the background, there are 90 species of whales, dolphins and porpoises that swim in the New York Bight, the estuary between Long Island and New Jersey, Gothamist noted. The New York Department of Environmental Conservation said some of these animals could be seen relatively frequently and others only rarely.

“We see these animals during our offshore surveys in the wider New York Bight — so this is not normally where they are seen,” Rosenbaum told ABC7. “In the New York Harbor and surrounding estuary, we actually have detected two other species — bottlenose dolphins and harbor porpoise — from a two acoustic monitoring study we recently completed.”

Rosenbaum told Gothamist that the dolphins were probably following prey. However, it can be dangerous for dolphins to enter the East River if they swim into certain areas. For example, a dolphin died in 2013 after swimming into the highly polluted Gowanus Canal and getting stuck there, Gothamist reported at the time.

“Hopefully, this is a group of animals that has been able to freely swim into this area and will freely swim out of the area and are not in distress,” Rosenbaum told Gothamist.

The waterways around New York City have generally become more hospitable for marine life. ABC7 reported that humpback whales were spotted in the Hudson River in 2016 and 2020, which the Parks Department possibly credited to improved water quality and an abundance of food. A 2017 report from the NYC Department of Environmental Protection revealed that the harbor’s water quality had reached the healthiest level in more than a century.

“Over the past decade, the City has invested more than billion to upgrade the sewer system and wastewater treatment plants to improve the health of these critical ecosystems,” Commissioner Vincent Sapienza wrote in the report. “This investment, over time, has produced many ecological successes, ushering in the return of a variety of plant and animal species to our waters — including whales!”

And, it would appear, dolphins.