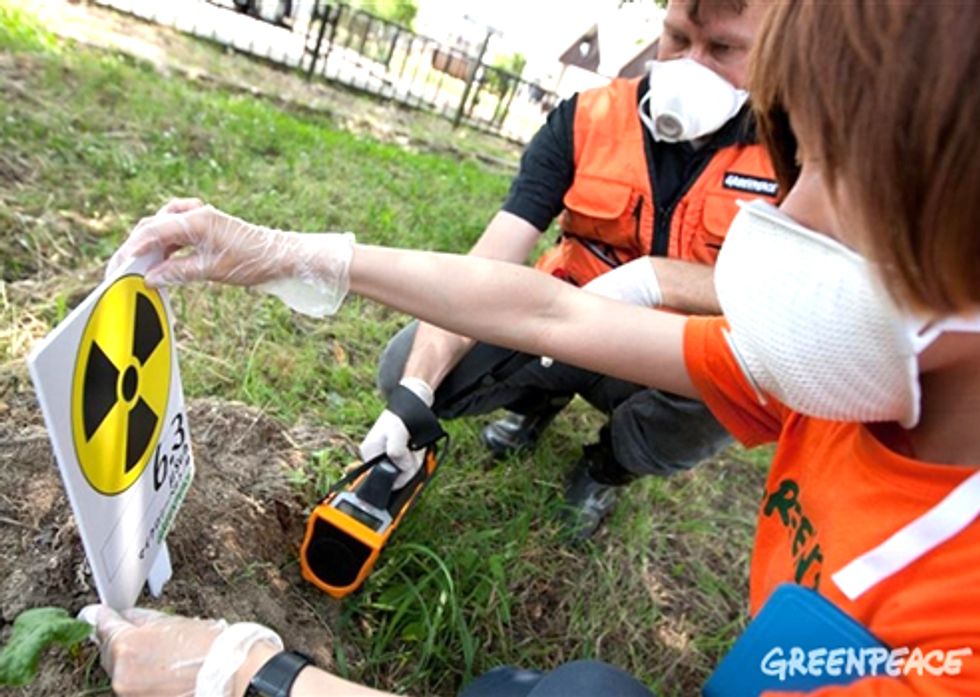 On Feb. 28 Greenpeace released Lessons from Fukushima, a new report which shows that it was not a natural disaster that led to the nuclear disaster at the Fukushima Daiichi plant on Japan’s east coast, but the failures of the Japanese Government, regulators and the nuclear industry. The key conclusion to be drawn from the report is that this human-made nuclear disaster could be repeated at any nuclear plant in the world, putting millions at risk. “While triggered by the tragic March 11 earthquake and tsunami, the Fukushima disaster was ultimately caused by the Japanese authorities choosing to ignore risks, and make business a higher priority than safety,” said Jim Riccio, Greenpeace USA nuclear policy analyst. “This report shows that nuclear energy is inherently unsafe, and that governments are quick to approve reactors, but remain ill-equipped to deal with problems and protect people from nuclear disasters. This has not changed since the Fukushima disaster, and that is why millions of people continue to be exposed to nuclear risks.”

“Fukushima Daiichi was not just a nuclear accident; rather, for decades it was a nuclear accident waiting to happen. Flaws in the GE Mark 1 containment design were well known for four decades, and the likelihood of seismic and tsunami events far worse than the Fukushima Units were designed to withstand were well understood for more than 20 years," said Arnie Gunderson of Fairewinds Associates, a co-author of the report. “Against this prophetic backdrop, Tokyo Electric, Japanese regulators, and international nuclear organizations turned a blind eye toward these obvious warnings and continued to operate the reactors. Fukushima Daiichi is not unique, and these same nuclear regulatory institutions oversee other reactors in Japan and worldwide. Truly independent worldwide nuclear reactor regulatory institutions do not exist, setting the stage for similar accidents somewhere else in the world.”

Greenpeace is urging the Japanese Government to not restart its nuclear power plants in favor of a strong push to energy efficiency and renewable power, and calling for a global phase out of nuclear power by 20352.