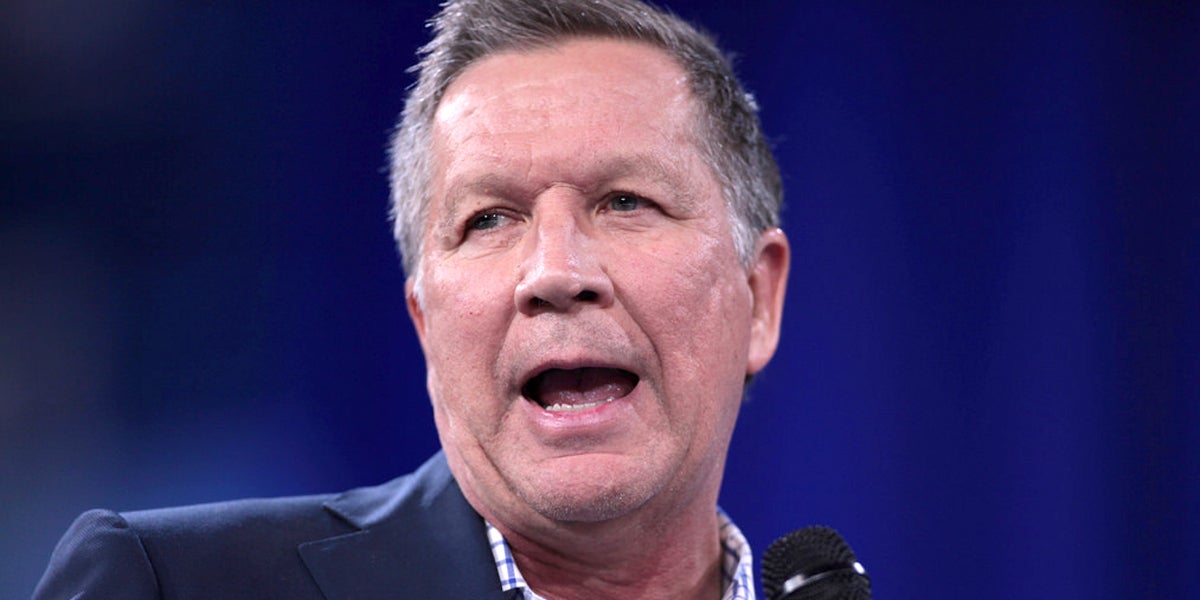 Now that Ohio’s Senate and House have sent an ideologically-driven bill, HB 554, to Gov. John Kasich’s desk that would further delay implementation of the state’s popular clean energy standards (and weaken them, too), the governor has until Dec. 28 to do the smart thing for his state’s economy and the wellbeing of Ohioans: Veto it.

That’s what Ohio citizens (including conservatives) and the businesses that employ them overwhelmingly want, including national players like Nestle, Campbell’s Soup, the Gap and the world’s largest manufacturer of energy efficient appliances, Whirlpool.

There are many good reasons why businesses are weighing in. The clean energy standards—which were frozen two years ago in another ill-advised legislative attempt to delay progress, and will resume on Jan. 1 if Gov. Kasich vetoes this bill—mean more good jobs for residents. They also represent a draw for the growing number of employers who want to locate their companies in states where they can readily achieve their own corporate sustainability goals.

The standards have also succeeded (and will continue if they’re allowed to reinstate) in lowering energy bills for residents and businesses, factories, and farms. They ensure Ohio’s kids cleaner air to breathe. They improve public health. And, of course, they’re a vital hedge against dangerous climate change.

Over the last year, Gov. Kasich has promised, admirably, “I’ll veto the bill,” calling any further delays in implementing the clean energy standard “unacceptable.” Now, he has the opportunity to show Ohioans—and Americans as a whole—just what leadership looks like, demonstrating not just backbone but a smart head on his shoulders. After all, he’ll signal to the growing number of businesses that want clean energy that they can find it in Ohio, not just in Michigan and Illinois, two neighboring states led by Republican governors that have recently upped the ante on their own clean energy standards.

To help you understand just how successful the clean energy standards have been in Ohio, and the potential if the freeze is thawed, let’s run the numbers:

100,000 clean energy jobs: That’s how many Ohio has now. Buckeyes, for instance, already lead the nation in wind power component manufacturing, with more than 60 factories across the state. But since the standards were put on hold two years ago, they’ve sold far fewer products within Ohio. The freeze (and other wind-power restrictions the legislature imposed) have put an end to most Ohio-based projects. Then there’s First Solar, which employs 1,200 in the Toledo area. The company told legislators in testimony last month that if HB 554 becomes law, “it would take a hard look at staying in Ohio.” Should Gov. Kasich veto HB 554, and the standard becomes reinstated, the opposite is possible. Not only might First Solar stay put, but the state will have the opportunity to retain, and even grow, the clean energy jobs that already exist in fields as wide-ranging as insulation manufacturing, solar component parts development, and light bulb design.

112 businesses: Businesses want certainty, so they know how to plan for their future. HB 554, which will delay the standard for two more years and then open it up again for reinstatement, offers the opposite. Take it from Worthington’s Republican Representative Mike Duffy in his comments during debate on the bill. “More uncertainty. More legislation. Not a lot to like,” he’s said.

Not only that: In 2016, 17 U.S. companies with combined revenues of more than $826 billion, including Apple, General Motors, and Cincinnati-based Procter & Gamble, pledged to get all of their electricity from renewable sources. More are lining up to join them, and they want to site their facilities near clean energy projects. They want the energy-bill savings that wind, solar power and energy efficiency provide, and the future hedge against the volatility of natural gas prices. That’s why 112 Ohio businesses opposed the bill and support the veto, dozens of which came out to testify in legislative committees urging a thaw to the clean energy freeze.

14 Republican lawmakers: A growing contingent of Republicans, both inside and outside of the legislature, support clean energy for Ohio.

In total, 14 GOP legislators opposed the bill—nine in the House of Representatives (Arndt, Boose, Burkley, Dean, Duffey, Grossman, Hall, Reineke, Thompson) and five in the Senate (Hite, Gardner, Beagle, Manning, and LaRose.) Senator Hite even went so far as to call wind turbines “beautiful.” Many of these legislators have clean energy projects and employers in their districts. And, together, they’re enough to stop a veto override.

So we call on the governor to be, literally, a lifesaver, a job creator, an energy-bill-savings-promoter and a greenhouse gas pollution fighter.

As is especially important now, with President-elect Trump and his appointees promising to gut the country’s clean energy policies and programs, Gov. Kasich can be a smart and important leader when we need one most.