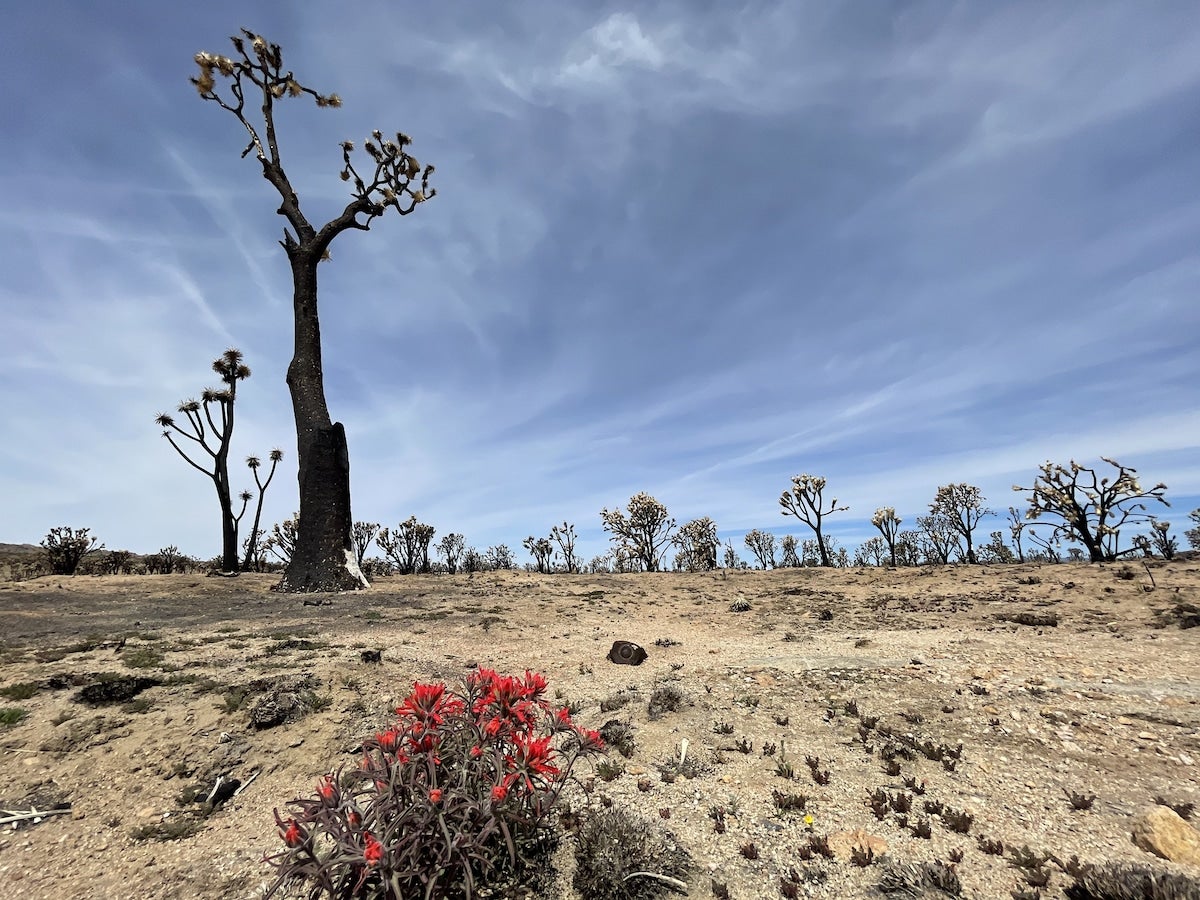 With their branches reaching up like knobby arms with tufts for fists, western Joshua trees are an iconic part of the California desert ecosystem, and environmental advocates want to make sure they stay that way in the face of development and the climate crisis.

To that end, the Center for Biological Diversity (CBD) filed a petition in 2019 to grant the trees protections under the California Endangered Species Act as a threatened species. But, on Wednesday, Department of Fish and Wildlife biologists argued that the trees were not imperiled enough to qualify.

“While the Department recognizes the threats faced by the species, and the evidence presented in favor of the petitioned action, the scientific evidence that is currently possessed by the Department does not demonstrate that populations of the species are negatively trending in a way that would lead the Department to believe that the species is likely to be in serious danger of becoming extinct throughout all or a significant portion of its range in the foreseeable future,” the report authors concluded.

The western Joshua tree (Yucca brevifolia) is one of two species of Joshua tree that lives in the California desert, according to CBD. Currently, the trees are “relatively widespread and abundant” in the state, the department wrote. However, environmental advocates are concerned that this will not always be the case. A 2019 study found that Joshua Tree National Park would lose almost all of its namesake trees by the end of the century if nothing is done about the climate crisis. Warmer temperatures have already forced the trees to migrate towards higher elevations in the park, and trees in the warmer, lower areas are reproducing less. Currently, the western Joshua tree’s entire range is experiencing severe drought, the Los Angeles Times reported. Further, advocates are worried that desert development, including for renewable energy, will put additional pressure on the species.

“We should take care of these trees now, before we have fewer options to work with,” California State University Northridge evolutionary geneticist Jeremy Yoder told the Los Angeles Times.

After CBD filed its petition in 2019, the California Fish and Game Commission voted to grant the trees candidate status in 2020, meaning that they were legally protected while their status was reviewed, CBD explained. This made it illegal to kill a Joshua tree without a permit.

“California wildlife officials just proposed open season on Joshua trees,” CBD conservation director Brendan Cummings, who lives in Joshua Tree, said in a CBD press release. “Before state protections took effect, developers were bulldozing these beautiful, fragile trees by the thousands to build roads, warehouses, power plants, strip malls and vacation rentals. If Joshua trees are to have any hope of surviving in a warming world, we have to stop the widespread killing of them.”

The department’s decision does not necessarily mean the trees don’t have a chance to retain these protections. Instead, the commission will review their advice and issue a final decision by June.

However, the Los Angeles Times pointed out that the state of California has never protected a species purely based on the threat of the climate crisis. Only one species has gained protections on a federal level for this reason – the polar bear.

“The state’s upcoming decision on protecting Joshua trees is a litmus test that will show whether its climate leadership is real or just empty rhetoric,” Cummings said in the release.