Is the 2020 Olympics an Opportunity for Japan to Tackle Seafood Sustainability? 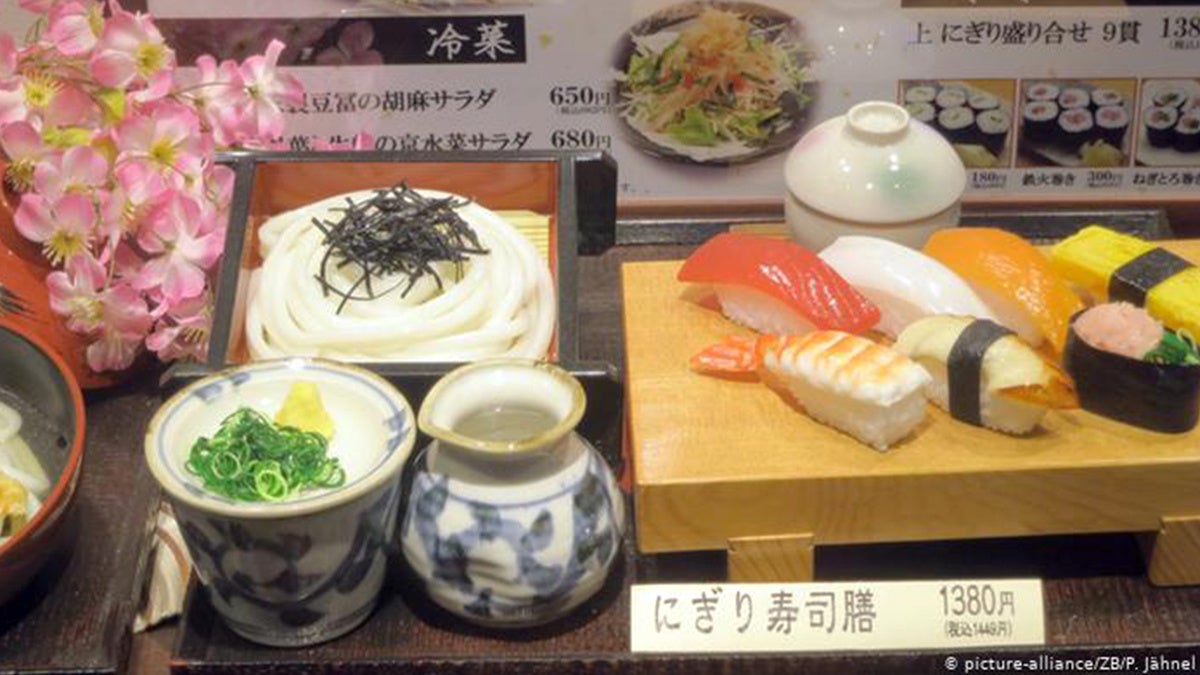 Tuna auctions are a tourist spectacle in Tokyo. Outside the city’s most famous fish market, long queues of visitors hoping for a glimpse of the action begin to form at 5 a.m. The attraction is so popular that last October the Tsukiji fish market, in operation since 1935, moved out from the city center to the district of Toyosu to cope with the crowds.

Spectators can now watch the auction of fresh and frozen tuna from a specially designed Tuna Auction Observation Deck. Because tuna, which can weigh up to 650 kilos (1,433 pounds), is definitely the star of the show. This year a giant bluefin sold for .1 million (€2.77 million) at Toyosu, smashing previous records.

Yet as seafood tourism in Japan booms, global fish stocks are plummeting. Bluefin tuna is among the worst affected — it’s now one of the most over-exploited fish in the ocean, with all three bluefin species endangered. 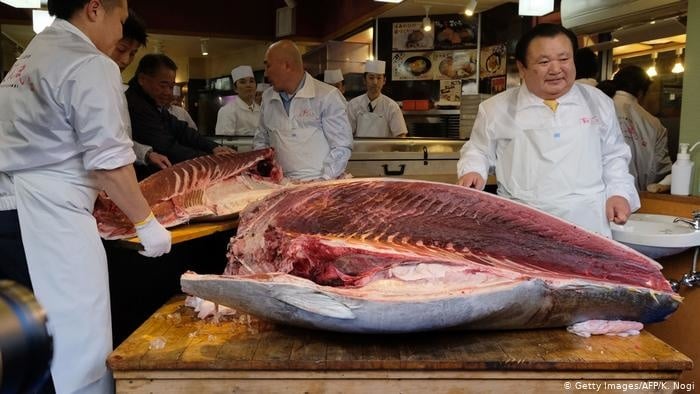 Tuna is the star of the show: The meaty fish is in such high demand that stocks have come under severe pressure.

Following the Olympics’ focus on sustainable food in Rio and London, Japan is under pressure to provide eco-friendly seafood to the huge numbers of visitors expected in Tokyo for the 2020 games.

Tuna off the Menu

Japan is one of the world’s biggest consumers of seafood, at around 33 kilos (approximately 73 pounds) per capita in 2016, Euromonitor. By comparison, Italians consumed 16 kilos per capita in the same year. 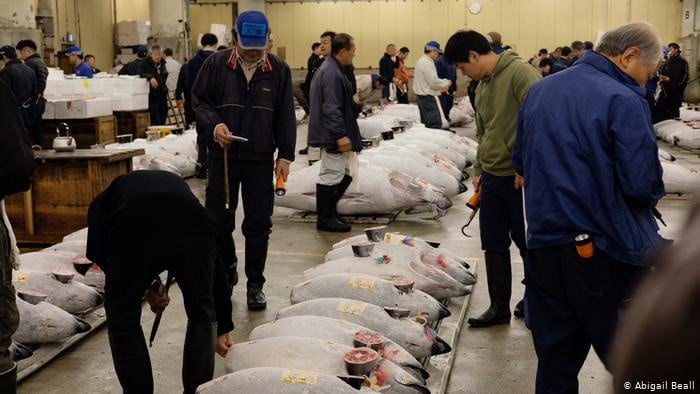 Restaurant Blue opened its doors in 2017. The chefs use just two local MSC/ASC-certified products, and get the rest from overseas. One thing you definitely won’t find at the restaurant is tuna, said Kota Shibai, who works at both the Tokyo eatery and Seafood Legacy.

“Many customers ask me why there is no tuna at Restaurant Blue … I think it’s a great opportunity to explain about the situation of the Japanese fisheries industry,” Shibai said. “At the moment, the situation of Japanese tuna is a bit far from sustainability.”

This is news to many consumers. Hanaoka from Seafood Legacy says raising awareness is key to protecting fish stocks. “Many Japanese don’t want to eat up all the fish from the ocean, they just don’t realize yet [that stocks are so low], ” he said.

Yet even for those in the know who want to protect the future of their country’s favorite cuisine, critics say labeling can be confusing.

Japan has its own sustainable certification standards: industry groups introduced MEL in 2007 and AEL in 2014, which fisheries have taken up far more enthusiastically than the international certifications.

That’s because they are far easier to achieve. Isao Sakaguchi, a law professor specializing in fisheries at Tokyo’s Gakushuin University says the bar is so low that, “theoretically any wild-capture fisheries and aquaculture farmers can be certified as ‘blue’ by the local schemes” — blue denoting marine sustainability.

Hanaoka and Seafood Legacy, meanwhile, have been looking into how organizers might provide seafood that meets higher standards of sustainability. Last year, Hanaoka visited London to find out how the 2012 Olympics ensured its fish and chips could be enjoyed guilt-free.

Turns out, they only offered two types of fish, which is fine for Britain’s favorite takeout, but difficult to apply in Japan, where visitors will be eager to try sushi that includes as many as 10 to 20 species in a single dish.

“Mostly we are importing, so when we welcome guests from foreign countries to Japan, we serve sushi and it’s a set of imported products and endangered species – that’s not something to be proud of as Japanese people,” said Hanaoka

The Japanese government has signaled that it’s beginning to take this situation seriously. In December last year the biggest of its fishing laws for 70 years was enacted, which includes more limits on what can be caught, as well as recovery plans for overfished species.

“The government is slow but it’s starting to tighten up its legislation,” said Hanaoka. “Bit by bit, it’s getting better.”

Yet Japan’s commitment to marine conservation looks a lot less convincing since the country resumed commercial whaling in July, after a 33-year moratorium.

For now, Tokyo’s tourists and sports fans will have to choose carefully if they want to be sure they aren’t eating threatened species. Most local catches might be off the menu, but among the glittering array of produce at the Toyosu fish market, sea urchin and flying squid are tipped as good bets for flavor and sustainability.