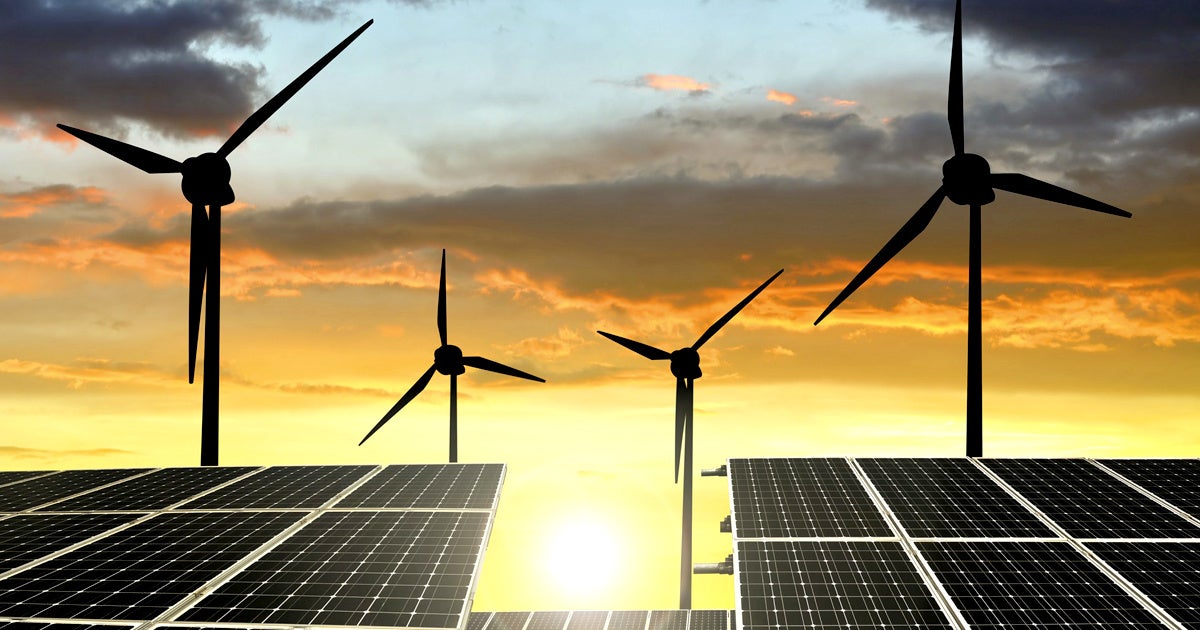 Two years ago, Stanford University professor Mark Jacobson and his collaborators published a widely circulated study that detailed how the U.S. can eliminate nuclear, biofuels and fossil fuels and transition to 100 percent renewable energy by 2050.

Now, in a paper published Wednesday in the new scientific journal Joule, Jacobson and 26 co-authors created clean energy roadmaps not just for the 50 United States, but for 139 individual countries.

“These roadmaps provide the first specific plans ever produced by country for the world to avoid 1.5 degrees Celsius global warming,” said Jacobson, the director of Stanford’s Atmosphere and Energy Program and co-founder of the Solutions Project, a U.S. non-profit advocating for the world’s transition to renewable energy.

According to the study, successful implementation of the plan would mean that solar would provide 57.6 percent of the world’s energy, 37.1 percent from wind and the remainder would come from a mix of hydroelectric, geothermal, tidal and wave energy.

And yes, this transition would be expensive, at the tune of roughly $124.7 trillion. But as Rob Jordan of the Stanford Woods Institute for the Environment points out from the study, since sunshine and wind does not cost money, “the overall cost spread over time, including for operation, maintenance, transmission and storage, would be roughly equal to the direct price of the fossil fuel infrastructure.”

Not only that, the renewable energy industry is a bonafide job provider—U.S. solar employs more workers than any other energy industry, including coal, oil and natural gas combined. Additionally, a recent study from the Lawrence Berkeley National Lab recent found that the U.S. wind and solar power boom helped prevent the premature deaths of thousands of people and saved the country billions of dollars in healthcare and climate-related costs in the years spanning 2007 through 2015.

As Jacobson said, “the beautiful part is that such a transition will also create over 20 million more permanent full-time jobs than lost worldwide, save consumers money and avoid over 3 percent of each country’s GDP in air pollution health costs alone.”

The 139 nations, which collectively emit more than 99 percent of all carbon dioxide worldwide, were selected based on available International Energy Agency data. Each country was also assessed for their raw renewable energy resources.

The plan requires a rapid electrification of an individual country’s entire energy sector—that means transportation, electricity, industry, agriculture/forestry/fishing, and heating or cooling needs. Consumers worldwide would have to switch to electric heat pumps for air and water heating, induction cooktop stoves and electric vehicles, for instance.

Jacobson and his collaborators’ plan has been criticized by some for excluding nuclear power, coal, natural gas or biofuels. However, Jacobson and colleagues intentionally excluded these fuels in their study. Nuclear, for instance, has been associated with high costs and risk of meltdown. “Clean coal” and biofuels emit much more carbon per unit of energy than wind, water or solar power.

While the idea of a 100-percent renewable energy-powered planet might sound far-fetched to some, bit-by-bit, businesses, cities and countries around the world have pledged to make the transition. Earlier this month, Orlando became the 40th U.S. city to commit to a 100 percent clean energy future.