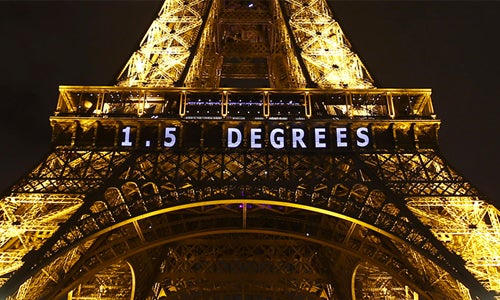 With the possible prospect of the world warming dangerously and uncontrollably, half of one degree Celsius may sound like a negligible temperature change unlikely to make much difference to life on Earth.

But scientists say 0.5 C could make a crucial difference in some regions—particularly in developing countries in the tropics—that are already at great risk from climate change. The consequences could include higher sea level rise and extended heatwaves, threatening most tropical coral reefs. 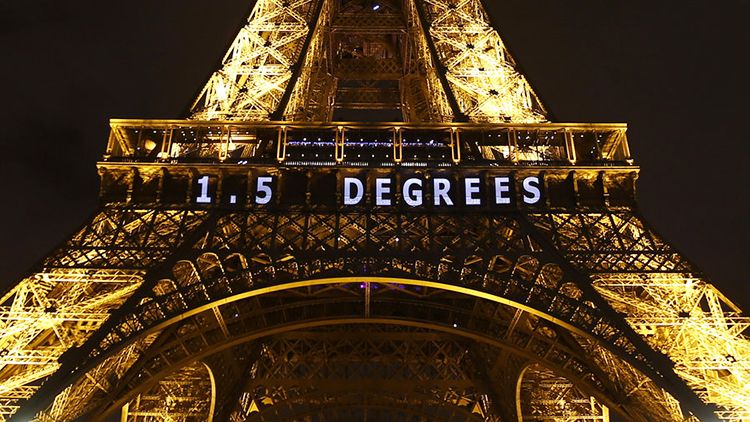 Bill Hare, CEO of Climate Analytics and a member of the research team that has produced the cautionary report, said: “Our study shows that tropical regions—mostly developing countries that are already highly vulnerable to climate change—face the biggest rise in impacts between 1.5 C and 2 C.

“Our results add to a growing body of evidence showing that climate risks occur at lower levels than previously thought. They provide scientific evidence to support the call by vulnerable countries, such as the Least Developed Countries and Small Island Developing States, that a 1.5 C warming limit would substantially reduce the impacts of climate change.”

The Paris agreement on climate change being signed today in New York was concluded at last December’s UN climate conference. It aims to keep global average temperatures “well below” the 2 C previously agreed—and to pursue efforts to limit the increase to 1.5 C.

But the report by European researchers—published in Earth System Dynamics, an open access journal of the European Geosciences Union (EGU)—says they have found that there would be substantially different impacts for the two targets by 2100. They say the extra 0.5 C would mean a global sea-level rise of 10 centimeters, longer heatwaves and would put virtually all tropical coral reefs at risk.

“We found significant differences for all the impacts we considered,” said the study’s lead author, Carl-Friedrich Schleussner, a physicist at Climate Analytics.

The team, including researchers from Germany, Switzerland, Austria and the Netherlands, identified a number of hotspots around the globe where projected climate impacts at 2 C are significantly more severe than at 1.5 C.

One of these is the Mediterranean region, already experiencing climate change-induced drying. With a global temperature increase of 1.5 C, the availability of fresh water in the region would be about 10 percent lower than in the late 20th century. But in a 2 C world, the researchers project that this reduction would double to about 20 percent.

In tropical regions, the half-a-degree difference in global temperature could damage crop yields, particularly in Central America and West Africa. On average, local tropical maize and wheat yields would fall twice as much with a 2 C temperature increase as with 1.5 C.

By 2100, tropical regions would also experience warm spells lasting up to 50 percent longer in a 2 C world than at 1.5 C. “For heat-related extremes, the additional 0.5 C increase marks the difference between events at the upper limit of present-day natural variability and a new climate regime, particularly in tropical regions,” Schleussner said.

The extra warming would also affect tropical coral reefs. Limiting warming to 1.5 C would provide a window of opportunity for some reefs to adapt to climate change, but a 2 C increase by 2100 would put virtually all of them at risk of severe degradation from coral bleaching.

Australian researchers say 93 percent of the Great Barrier Reef, off the coast of Queensland, is affected to some degree by bleaching. They say large-scale bleaching has also been found off Australia’s west coast.

In the EGU study, the researchers say they expect sea level to rise by about 50 cm by 2100 in a 2 C warmer world, 10 cm more than for 1.5 C warming. These levels are appreciably lower than some scientists expect.

“Sea level rise will slow down during the 21st century only under a 1.5 C scenario,” Dr. Schleussner warns.

One of his co-authors, Jacob Schewe, a climate physicist at the Potsdam Institute for Climate Impact Research, Germany, says it is necessary to account for natural variability, model uncertainties and other factors that could obscure the picture.

“We did that in our study,” he said. “And by focusing on key indicators at the regional level, we clearly show that there are significant differences in impacts between 1.5 C and 2 C.”