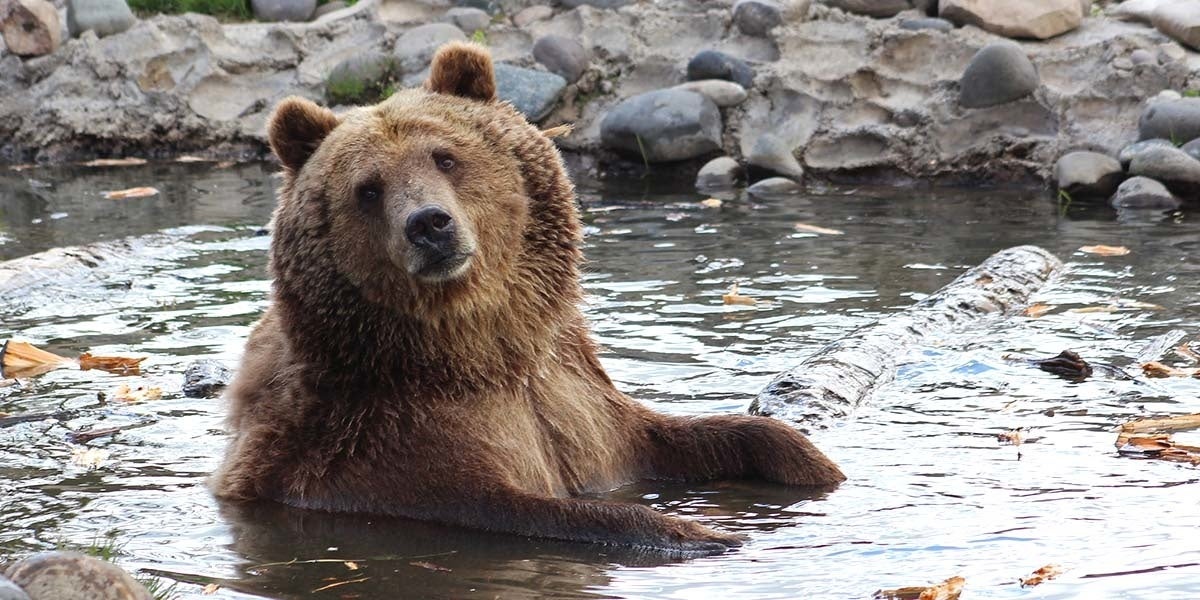 A grizzly bear at Montana Grizzly Encounter in Bozeman, MT, a rescue and educational sanctuary. jerseygal2009 /

The vote comes less than a month after the U.S. Fish and Wildlife Service affirmed its June 2017 decision to delist grizzly bears in the Greater Yellowstone Area (GYE) from protections under the Endangered Species Act and pass management of the bears’ population off to the states of Wyoming, Montana and Idaho. This will be the first grizzly bear hunt in Wyoming since 1974.

“Allowing a trophy hunt of these majestic animals—the second-slowest mammal to reproduce in North America—so soon after they lost Endangered Species protections does nothing to build public confidence in state management of grizzly bears,” Sierra Club representative Bonnie Rice said in a statement reported by The Washington Post.

There is still a chance the hunt will not take place. A U.S. District Court judge will decide several lawsuits challenging the delisting of the GYE bears this summer.

If the bears remain delisted, the hunt will occur this fall and will allow hunters to kill one female or 10 male bears in a “demographic monitoring area” of prime habitat and an additional 12 male or female bears in a more “human dominated landscape,” for a potential kill of 22 bears. Montana decided not to allow a bear hunt in February and Idaho has permitted a hunt of one male bear, also this fall.

More than 200 tribal nations opposed the hunt, saying the bears are sacred to their culture, and want to move the bears to tribal lands. One-hundred and seven wildlife photographers and 75 scientists also wrote letters condemning the hunt to Wyoming’s Republican Governor Matt Mead.

“To be in the presence of a bear for the first time or the hundredth, is something to be savored for a lifetime. Allowing a bear hunt will change their numbers and their demeanor, making them skittish and much harder to see. It will take away that experience from countless people and Wyoming will lose a part of the wildness that is its hallmark,” filmmaker and photographer Trip Jennings said in a statement about the photographers’ letter.

“Yellowstone’s bears are national treasures. Hunting them is like defacing the Statue of Liberty or filling in the Grand Canyon,” Endangered Species Director at the Center for Biological Diversity (CBD) Noah Greenwald agreed in a press release. “Millions of people come to see these bears every year. It’s so disturbing that Wyoming thinks they’re more valuable dead than alive.”

According to the CBD, 125,000 people sent comments opposing the hunt.

No hunting will be allowed in Yellowstone National Park itself, or in the nearby Grand Teton National Park or the road between them. A bear-favored region east of Grand Teton will also be off limits to hunters.

According to The Washington Post, federal biologists say the population has recovered enough to support a hunt, a view shared by Mead.

However, the scientists who opposed the hunt expressed concerns that it could prevent Yellowstone grizzlies from connecting to a still-protected population in northwest Montana. Further, they said that the population, which has rebounded in GYE from 136 when it was first classified as endangered in 1975 to around 700 today, is still vulnerable due to climate change, which is threatening food sources like white bark pine.

The CBD pointed out that the bears still occupy less than four percent of their historic U.S. range.

Defenders of Wildlife also issued a statement arguing that too many grizzly bears in the GYE already die due to human activity to justify a hunt. These deaths occur when bears are killed when they get into garbage or attack livestock, are run over by cars or trains or are poached illegally.

“This hunt will add unnecessary mortality to a population already experiencing high human-related grizzly bear deaths. [The Wyoming Game and Fish Department] should instead focus on minimizing human caused mortality through proactive conflict prevention, outreach and education while allowing the Yellowstone grizzly bear population to expand into historic habitat,” Rockies & Plains director at Defenders of Wildlife Jonathan Proctor said in a statement.