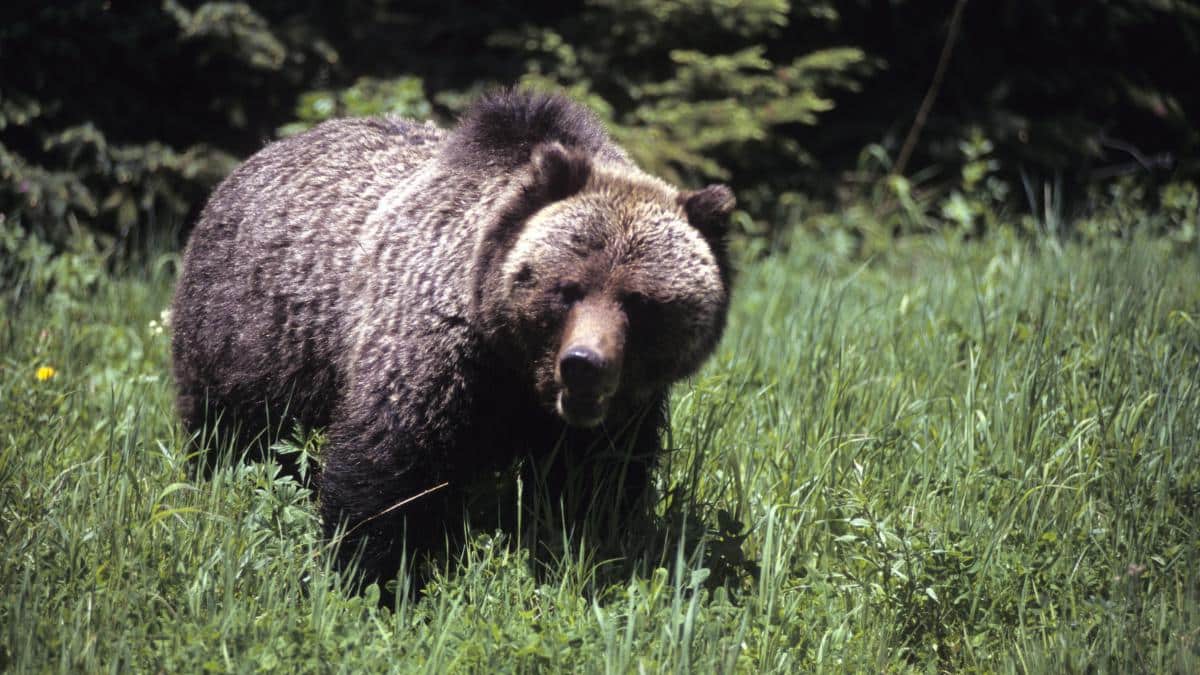 The guide, 40-year-old Charles “Carl” Mock, was attacked Thursday while fishing alone in a forested area near West Yellowstone, Montana, The AP reported. He died in the hospital two days later. Wildlife officials killed the bear on Friday when it charged while they were investigating the attack.

“They yelled and made continuous noise as they walked toward the site to haze away any bears in the area,” Montana Fish, Wildlife and Parks wrote in a press release. “Before they reached the site, a bear began charging the group. Despite multiple attempts by all seven people to haze away the bear, it continued its charge. Due to this immediate safety risk, the bear was shot and died about 20 yards from the group.”

The AP reported the bear to be an older male that weighed at least 420 pounds. Wildlife workers later found a moose carcass about 50 yards from the site of the attack.

“This indicates the bear was defending a food source during the attack,” Montana Fish, Wildlife and Parks wrote.

Mock was an experienced guide who worked for Backcountry Adventure, which provides snowmobile rentals and tours in Yellowstone National Park, according to The AP. His friend Scott Riley said Mock knew the risks of working around grizzly bears.

“He was the best guide around,” Riley told The AP. “He had sight like an eagle and hearing like an owl… Carl was a great guy.”

Mock carried bear spray, but investigators don’t know if he had a chance to use it before the attack. Grizzly attacks are relatively rare in the Yellowstone area, CNN reported.

Since 1979, the park has welcomed more than 118 million visitors and recorded only 44 bear attacks. The odds of a grizzly attack in Yellowstone are about one in 2.7 million visits. The risk is lower in more developed areas and higher for those doing backcountry hikes.

Montana Fish, Wildlife and Parks advises being aware of surroundings, staying on trails, traveling in groups, making noise, avoiding animal remains, following food storage instructions and carrying bear spray and knowing how to use it. Above all, it’s important to back away slowly if a bear encounter occurs.

It’s also important to pay attention to the time of year.

“Now is the time to remember to be conscientious in the backcountry as the bears are coming out of hibernation and looking for food sources,” the sheriff’s office of Gallatin County, Montana, wrote in a statement about the attack.

Historically, people pose more of a threat to grizzly bears than the reverse.

“When Lewis and Clark explored the West in the early 1800s, grizzly bears roamed across vast stretches of open and unpopulated land between the Pacific Ocean and the Great Plains,” the U.S Fish and Wildlife service wrote. “But when pioneers moved in, bears were persecuted and their numbers and range declined. As European settlement expanded over the next hundred years, towns and cities sprung up, and habitat for these large omnivores — along with their numbers — shrunk drastically. Of the many grizzly populations that were present in 1922, only six remained when they were listed by the Service in 1975 as a threatened species in the lower-48 states.”

Grizzly bears possess Endangered Species Act protections in the lower 48 states. It is illegal to kill, harm or harass them unless the bears pose an immediate safety risk.