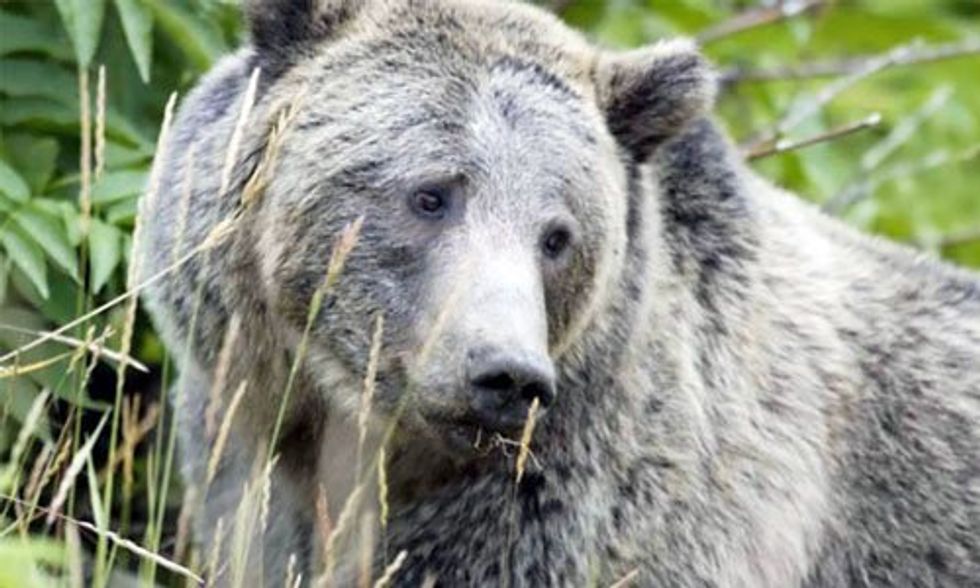 Once upon a time in America, back in the early 1800s, more than 50,000 grizzly bears resided between the Pacific Ocean and the Great Plains. By 1975, there were only 136 grizzly bears left in Yellowstone National Park. Because of this dwindling number, they were listed as a threatened species.

Fast forward 40 years and there’s good news and bad news for grizzly bears in Yellowstone. The good news? Thanks to their protected status, there are now about 700 or more grizzly bears and they have doubled their roaming range.

This means that, for the first time in decades, grizzly bears that wander outside Yellowstone National Park—where they will remain protected—could be legally hunted if they are delisted.

The management of those roaming bears would be taken over by the governments of Idaho, Montana, Wyoming and local tribes, according to a FWS FAQ. It would be up to these states and tribes to determine if and when hunting begins.

As many as 100 grizzly bears may be killed before hunting of them is once again prohibited.

When the FWS tried to delist grizzly bears in 2007, environmental groups took it to court.

In 2009, a federal judge in Montana ruled that Yellowstone grizzly bears should continue to be protected because not only were the safeguards promised by the USFWS unenforceable, but due to climate change, bears were losing a major part of their diet: the seeds from whitebark pine trees that were dying off.

The ruling was upheld two years later by a federal appeals court, which stated that the FWS “cannot take a full-speed ahead, damn-the-torpedoes approach to delisting—especially given the Endangered Species Act’s ‘policy of institutionalized caution.’”

The environmental law firm Earthjustice, which helped lead those efforts to keep the Yellowstone grizzly bear protections in place, is currently reviewing the latest delisting proposal from the FWS.

The FWS insists it will remain committed to the conservation of Yellowstone grizzly bears if they are delisted.

“We will continue to be part of a strong monitoring program, implementation of the conservation strategy and partnership with our state and federal partners,” Ashe stated. “We are look forward to hearing from the public about the proposal and consulting with Native American tribes.”

The FWS will make its decision later this year. In the meantime, it is accepting comments from the public that include reasons why Yellowstone grizzly bears should or should not be protected.