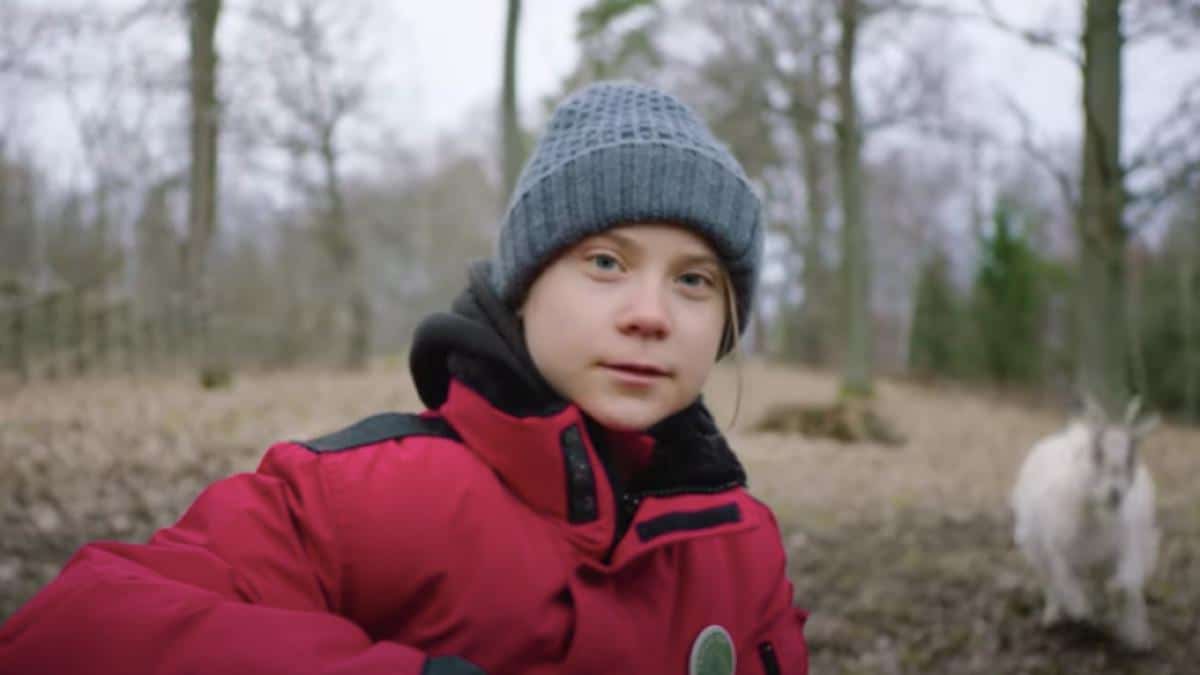 A new short film featuring climate action leader Greta Thunberg highlights the connections between the climate crisis, ecological emergency, and the COVID-19 pandemic as well as other public health crises that are likely to arise from humans’ exploitation of animals — and explains how communities and policymakers can repair people’s relationship to wildlife while radically changing our food systems.

For Nature, conceived of by Thunberg and produced by the animal rights nonprofit organization Mercy for Animals, was released Saturday to coincide with the International Day for Biological Diversity.

In the film, Thunberg “connects the dots” for the audience to help explain how people’s land use, agricultural practices, and exploitation of animals are all “creating the perfect conditions for diseases to spill over from one animal to another and to us,” making it highly likely that even if the global community gets the coronavirus pandemic under control with widespread distribution of vaccines, “the next pandemic could be much much worse.”

A quarter of fossil fuel emissions come from agriculture and land use, Thunberg explains in the film, and although 83% of the world’s agricultural land is used to feed livestock with soy, corn, and wheat — which could be used to feed people — livestock only provide 18% of human’s calories.

“It just doesn’t make sense,” Thunberg says in the film. “The land requirements of meat and dairy production are equivalent to North and South America combined… We have industrialized life on Earth.”

As a number of experts have said since the pandemic began last year, humans’ habitat destruction and other exploitative practices have pushed the species closer to other animals, making it more likely that diseases will “spill over from one animal to another and to us,” as Thunberg says in the film.

Three-quarters of immune diseases “come from other animals because of the way we farm and treat nature,” she adds.

“We need to rethink how we value and treat nature in order to safeguard future and present living conditions for life on Earth,” Thunberg said in a statement. “We all, of course, have different opportunities and responsibilities, but most of us can at least do something — no matter how small.”

Thunberg and Mercy for Animals called on viewers to stop supporting the farming of “unhealthy and destructive animal products” and said policymakers should “help farmers transition to a plant-based farming model that is better for their livelihoods, local communities, the environment, and the animals.”

The film comes days after acclaimed conservationist Jane Goodall told Agence France Presse that humans must do away with “very, very cruel intensive factory farms” and urged world governments to incorporate “a new mindset for our survival” into their plans to recover from the pandemic.

“Let’s face it — if we don’t change, we’re fucked,” says Thunberg in the film. “But we can change. We can change the way we farm, we can change what we eat, we can change how we treat nature. Some of us have lots of choices while some have none of them.”

“Those with the most power have the most responsibility,” she added.