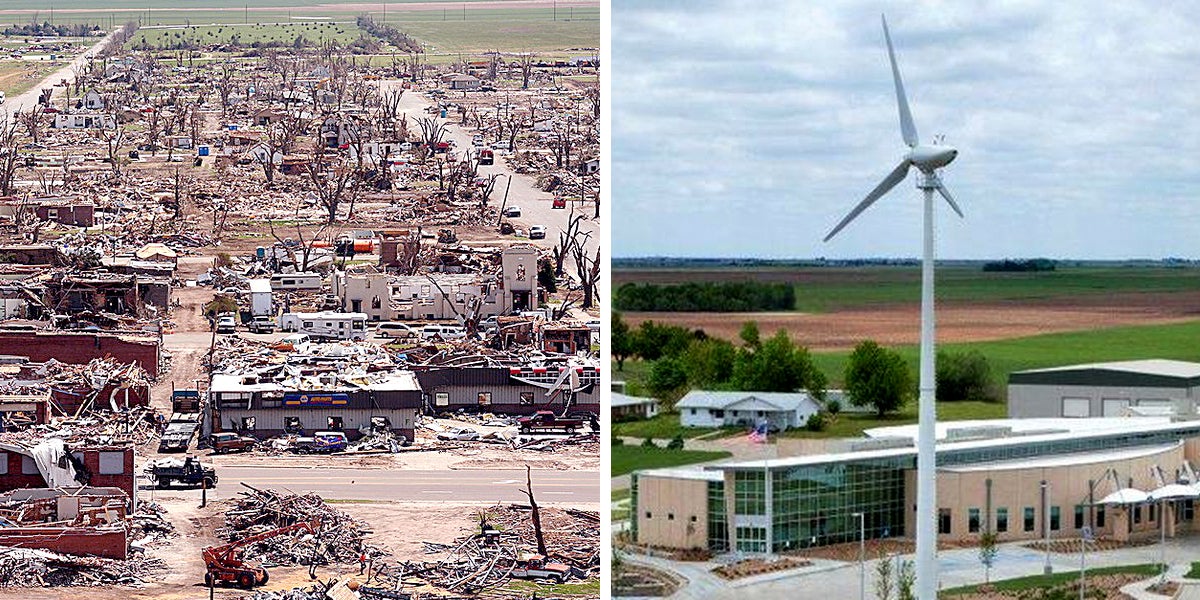 A little more than nine years ago, an EF-5 tornado ripped through Greensburg, Kansas. The massive, May 4, 2007 twister leveled the small town, and half of the town’s population of 1,500 residents escaped and never came back. 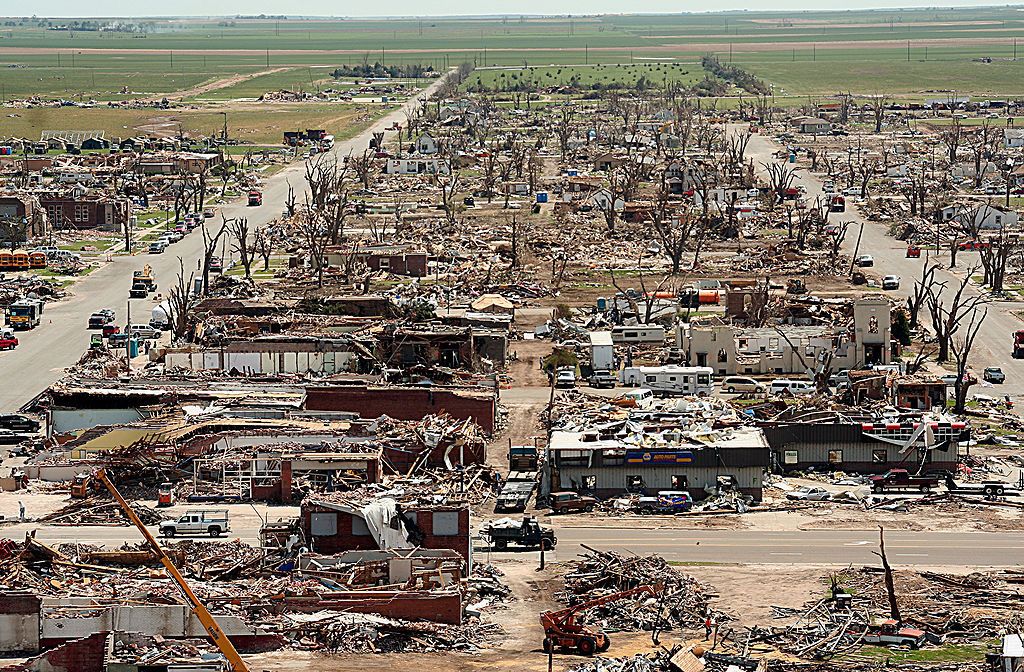 Greensburg, Kansas is the second city in the U.S. to convert to 100 percent renewable energy after it was devastated by a powerful tornado in 2007.Wikimedia Commons

But from the rubble, opportunity emerged. Greensburg is now one of the greenest towns in the U.S. and serves as an actual role model for renewable energy and sustainable development. Greensburg could also teach its frack-happy, earthquake-riddled home state a lesson or two about better energy choices.

Greensburg—the second U.S. city to go 100 percent renewable after Burlington, Vermont—has an impressive list of green bonafides thanks to its master sustainability plan. After the tornado struck, the city picked itself up and rebuilt every building to LEED-platinum standards and converted every streetlight to LEDs, the first in the nation to do both.

The city has curbside recycling and conserves water with low flow fixtures and collects rainwater for irrigation and grey water in toilets. This town, located right in America’s heartland, is even home to the world’s largest hand-dug well. 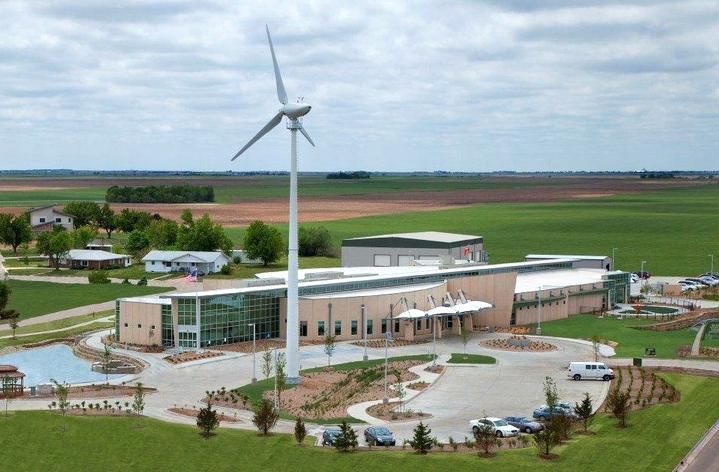 A hospital turbine in Greensburg, Kansas.The City of Greensburg

Notably, the wind that destroyed the city is also what’s powering it today. The 12.5-megawatt community Greensburg Wind Farm produces enough electricity to power every home business, and municipal building in the town and surrounding area, according to the U.S. Department of Energy.

In fact, the city’s wind turbines, located just south of town, produces more energy than the city consumes, according to Newsy.

“The upflow on the elevation from Oklahoma into south-central Kansas is some of the best consistent, year-round wind in the United States,” Mayor Bob Dixson told the publication.

As it happens, Kansas offers the third highest potential for wind energy in the U.S. and is a clean energy alternative definitely worth exploring.

EcoWatch reported last week that the largest earthquake ever recorded in Kansas—a 4.9 magnitude temblor that struck northeast of Milan on Nov. 12, 2014—has been officially linked to wastewater injection into deep underground wells, according to new research from the U.S. Geological Survey (USGS). The epicenter of that extremely rare earthquake struck near a known fracking operation.

Kansas has had a long history with fracking. In fact, the first well ever fracked in the United States happened in 1947 in the Sunflower state. The process is now used for nearly all of the 5,000 conventional wells drilled in Kansas every year.

Just like Oklahoma, Kansas is seeing an alarming uptick of “induced” earthquakes connected to the underground disposal of wastewater from the fracking process. Kansas is a region previously devoid of significant seismic activity, however, the number of earthquakes in the state jumped from only four in 2013 to 817 in 2014, The Washington Post reported.

While Greensburg’s population is still roughly half of what it was before the tornado hit nine years ago, Dixson explained to USA TODAY that Greensburg is doing its best to rise from the destruction.

“You have to do the best you can with the resources you have,” he said. “We learned that the only true green and sustainable things in life are how we treat each other.”

The town’s resurrection as a green utopia has been the subject of books and TV shows, including a Planet Green reality series called Greensburg narrated by actor and environmental activist Leonardo DiCaprio. Even President Obama praised the city in his first address to a joint session of Congress.

“Greensburg … is being rebuilt by its residents as a global example of how clean energy can power an entire community—how it can bring jobs and businesses to a place where piles of bricks and rubble once lay. ‘The tragedy was terrible,’ said one of the men who helped them rebuild. ‘But the folks here know that it also provided an incredible opportunity,'” Obama said.