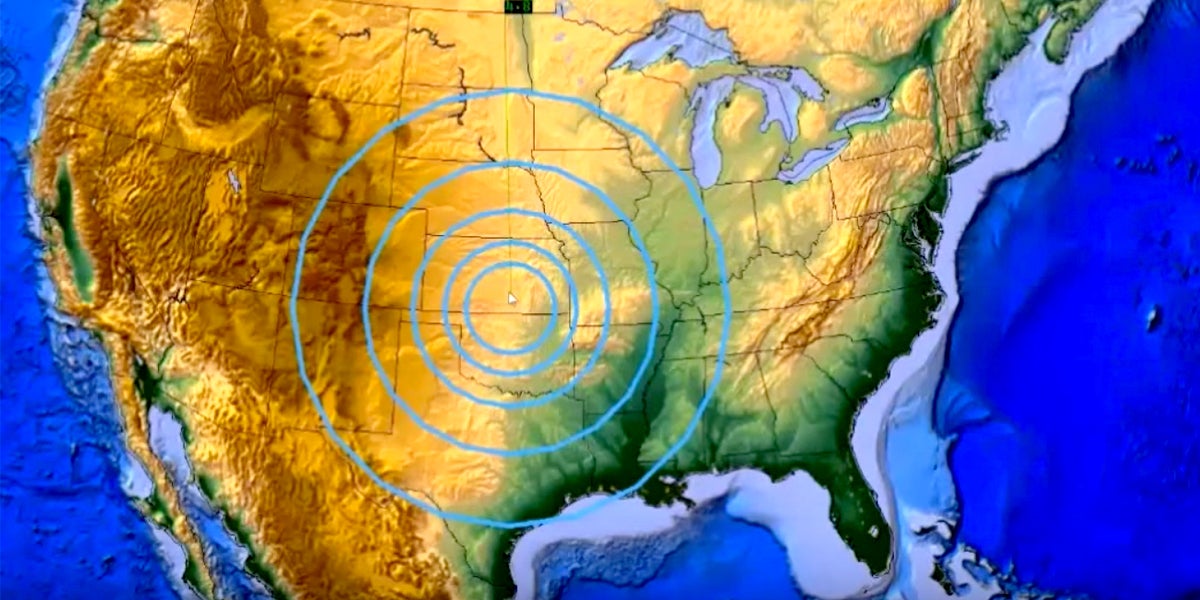 The largest earthquake ever recorded in Kansas—a 4.9 magnitude temblor that struck northeast of Milan on Nov. 12, 2014—has been officially linked to wastewater injection into deep underground wells, according to new research from the U.S. Geological Survey (USGS).

The epicenter of that extremely rare earthquake struck near a known fracking operation.

The Wichita Eagle noted from the study that this man-made quake, which hit 40 miles southwest of Wichita and felt as far away as Memphis, likely came from just one or two nearby wells. The publication ominously noted that, “one of those two wells, operated by SandRidge Energy, is still injecting water at the same level as when the earthquake occurred two years ago.”

The USGS scientists believe that the 4.9-magnitude earthquake was triggered by wastewater injection for the following reasons:

Kansas has had a long history with fracking. In fact, the first well ever fracked in the United States happened in 1947 in the Sunflower state. The process is now used for nearly all of the 5,000 conventional wells drilled in Kansas every year.

But just like Oklahoma, Kansas is seeing an alarming uptick of “induced” earthquakes connected to the underground disposal of wastewater from the fracking process. Kansas is a region previously devoid of significant seismic activity, however, the number of earthquakes in the state jumped from only four in 2013 to 817 in 2014, The Washington Post reported.

According to an August report from The Wichita Eagle, Kansas has seen fewer and weaker earthquakes following the Kansas Corporation Commission’s recommendations to reduce underground injection of oilfield wastewater.

Incidentally, the Milan quake and the record-breaking 5.8 earthquake that struck Pawnee, Oklahoma last month occurred on faults that scientists did not previously know existed.

“If the well is in the right place next to a fault and the fault is oriented the right way, a little change in stress could cause (an earthquake) to occur,” USGS geologist George Choy, the study’s lead author, told The Wichita Eagle.

The study will be published in Seismological Research Letters next month.

“The source parameters and behavior of the Milan earthquake and foreshock–aftershock sequence are similar to characteristics of other earthquakes induced by wastewater injection into permeable formations overlying crystalline basement,” the study abstract states.