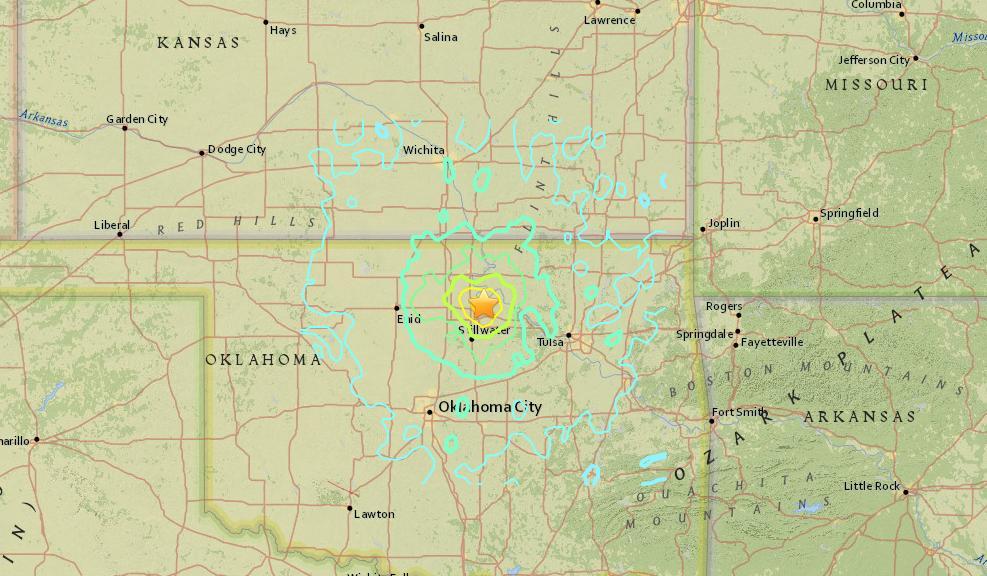 The 5.6 magnitude earthquake that rattled Pawnee, Oklahoma Saturday morning has been classified as largest in state history, according to the U.S. Geological Survey (USGS). 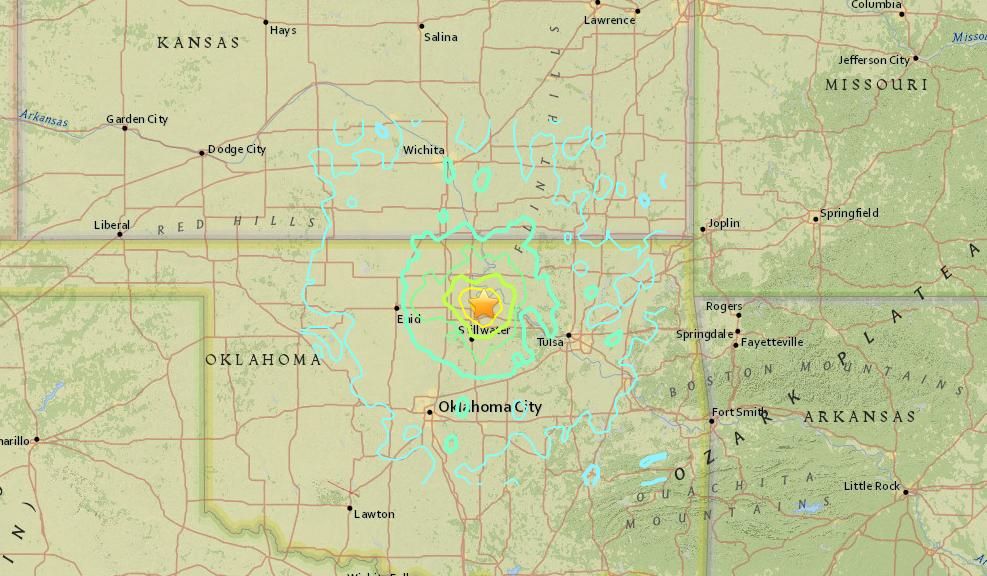 The September 3, 2016 Oklahoma earthquake occurred as the result of shallow strike-slip faulting about 15 kilometers northwest of the town of Pawnee.USGS

Earlier reports had matched the Labor day weekend temblor with the November 2011 Prague quake. However, USGS geophysicist Daniel McNamara confirmed to KOCO on Monday that the Pawnee earthquake was about 10 percent larger, even though it fell within the same 5.6 magnitude range.

The Midwestern state is not previously known for seismic activity, however the disposal of wastewater produced from fracking has led to the region’s alarming increase in magnitude-3 or larger earthquakes in recent years. Scientists have dubbed this phenomenon as “induced earthquakes” as they are triggered by human activities as opposed to “natural” seismicity.

The USGS is currently investigating whether or not Saturday’s earthquake—which occurred 25 miles north of the world’s largest oil-storage complex in Cushing, Oklahoma—was triggered by wastewater fluid injection from oil and gas production in the area.

If the Sept. 3 quake was indeed triggered by wastewater injection, Oklahoma will set the record for the largest manmade earthquake in history. This dubious record is currently held by British Columbia, Canada, which felt a 4.6-magnitude last year due to fluid injection from the fracking process.

Oklahoma Gov. Mary Fallin declared a state of emergency for Pawnee County following the quake that was felt from Nebraska to Texas. The Oklahoma Corporation Commission (OCC), the state agency tasked with regulating the oil and gas industry, also immediately shut down all disposal wells within a 725-square mile in the Arbuckle shale formation. Commission spokesman Matt Skinner told Bloomberg that this is the first time the regulator issued the mandatory measure.

According to KOCO, the Oklahoma Geological Survey said on Monday that the Pawnee quake could have been years in the making, adding that earthquakes can happen years after wastewater is disposed into the ground. Ominously, this implies that wastewater that has already been pumped into the ground could trigger future quakes.

It’s important to note that the OCC did not shut down every well in the state. Oklahoma is currently home to 3,200 active disposal wells, according to data from the OCC.

In March, the USGS released a startling report showing that approximately 7 million people live and work in areas of the central and eastern U.S. with potential for damaging shaking from induced seismicity. There are roughly 40,000 disposal wells nationwide, the U.S. Environmental Protection Agency says.

Environmentalists have called on a ban on fracking due to the recent spate of Oklahoma earthquakes.

“The 5.6 magnitude earthquake that occurred in Oklahoma and was felt throughout the Midwest this morning threatened countless homes and businesses, and put lives at risk,” Wenonah Hauter, the executive director of Food & Water Watch, said.

“But it could have been prevented. This earthquake, and hundreds of others like it over the last few years, are the direct result of the underground disposal of fracking wastewater. There can’t be fracking without disposing of fracking waste, and there is no safe way to do so. This is just one of many reasons why fracking is inherently dangerous and must be banned.”

Earlier this year, the Sierra Club and Public Justice filed suit against four of the primary culprits for wastewater disposal, citing that it causes an “imminent and substantial endangerment” to public health and the environment in violation of the Resource Conservation and Recovery Act.