Will Tanzania Save the Great Ruaha River? 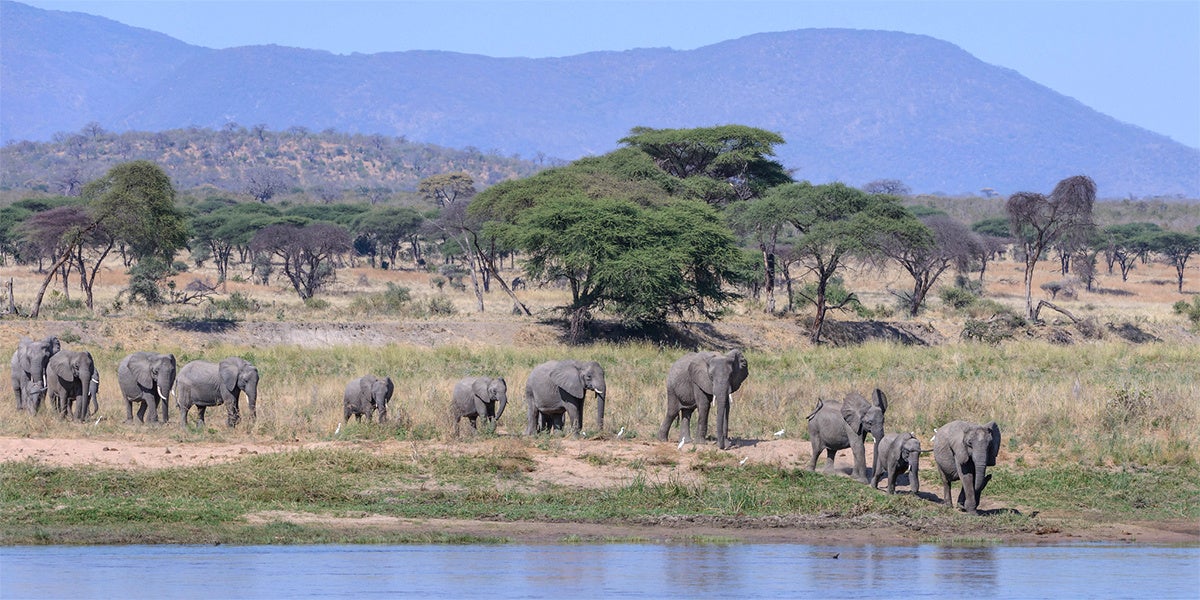 Unfortunately the benefits received from the river diminished rapidly nearly 30 years ago. Starting in 1988, with a loan from the African Development Bank, the 3,000 ha Kapunga private rice farm was built in the Usangu wetland catchment area of the Great Ruaha River, upstream of Ruaha National Park. The goal was to improve agricultural livelihoods of farmers in the region. Prior to construction, an environmental impact assessment was not completed but was included in a project completion report where impacts were identified retrospectively. Chief among these were the drying of the Great Ruaha, loss of wildlife habitat in the wetlands downstream from the project and pollution from agricultural chemical run-off. 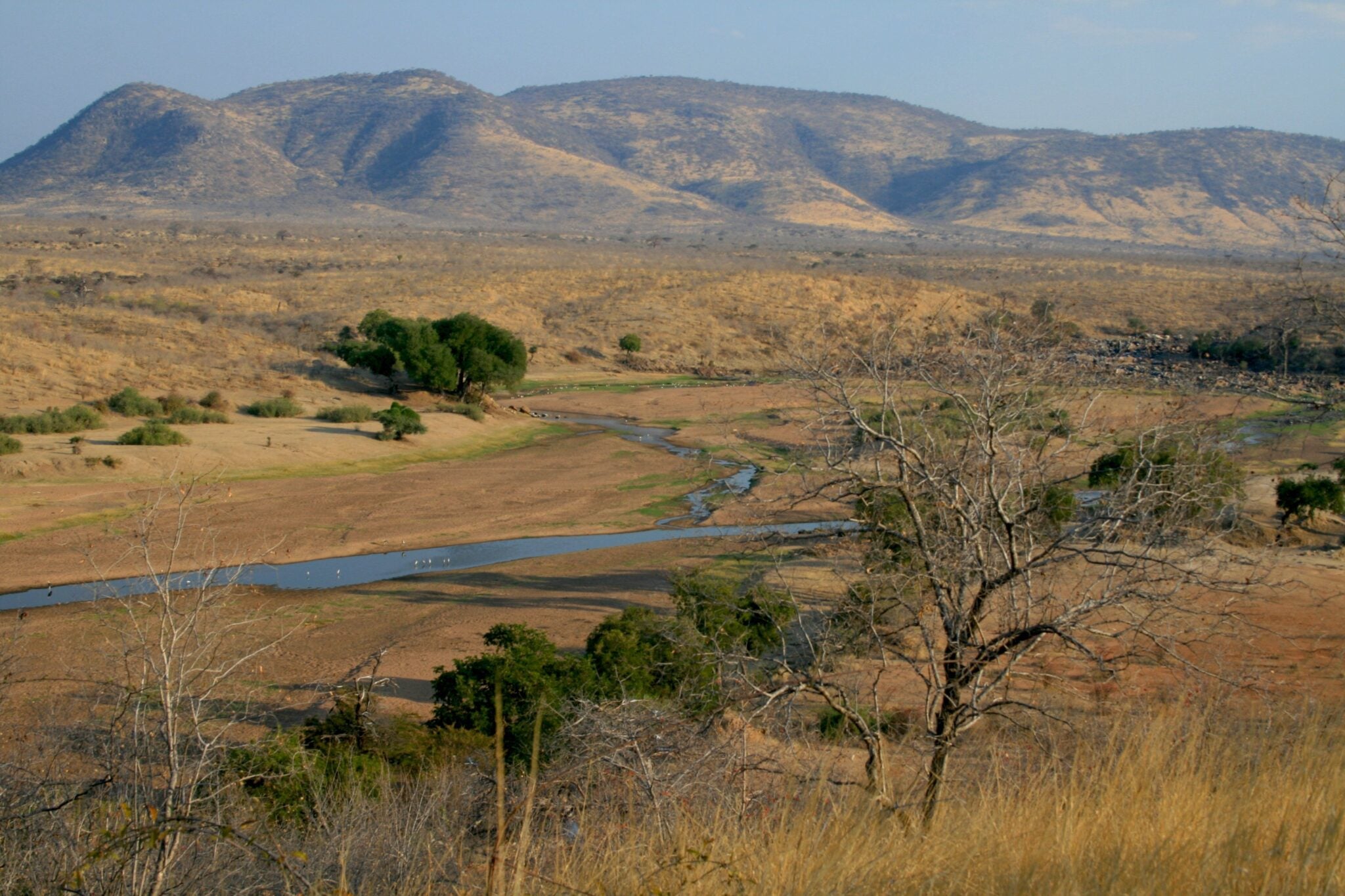 Poor design and management of the rice farms means that diverted water is not returned to the river system, and satellite farms that have grown around Kapunga farm divert a far greater amount of water than the originally intended 20 to 30 percent. Heavy use of fertilizers, pesticides and herbicides has led to unknown levels of these chemicals in downstream water sources. It has also been reported that wetlands below the rice farms have lost 77 percent of their former surface area. 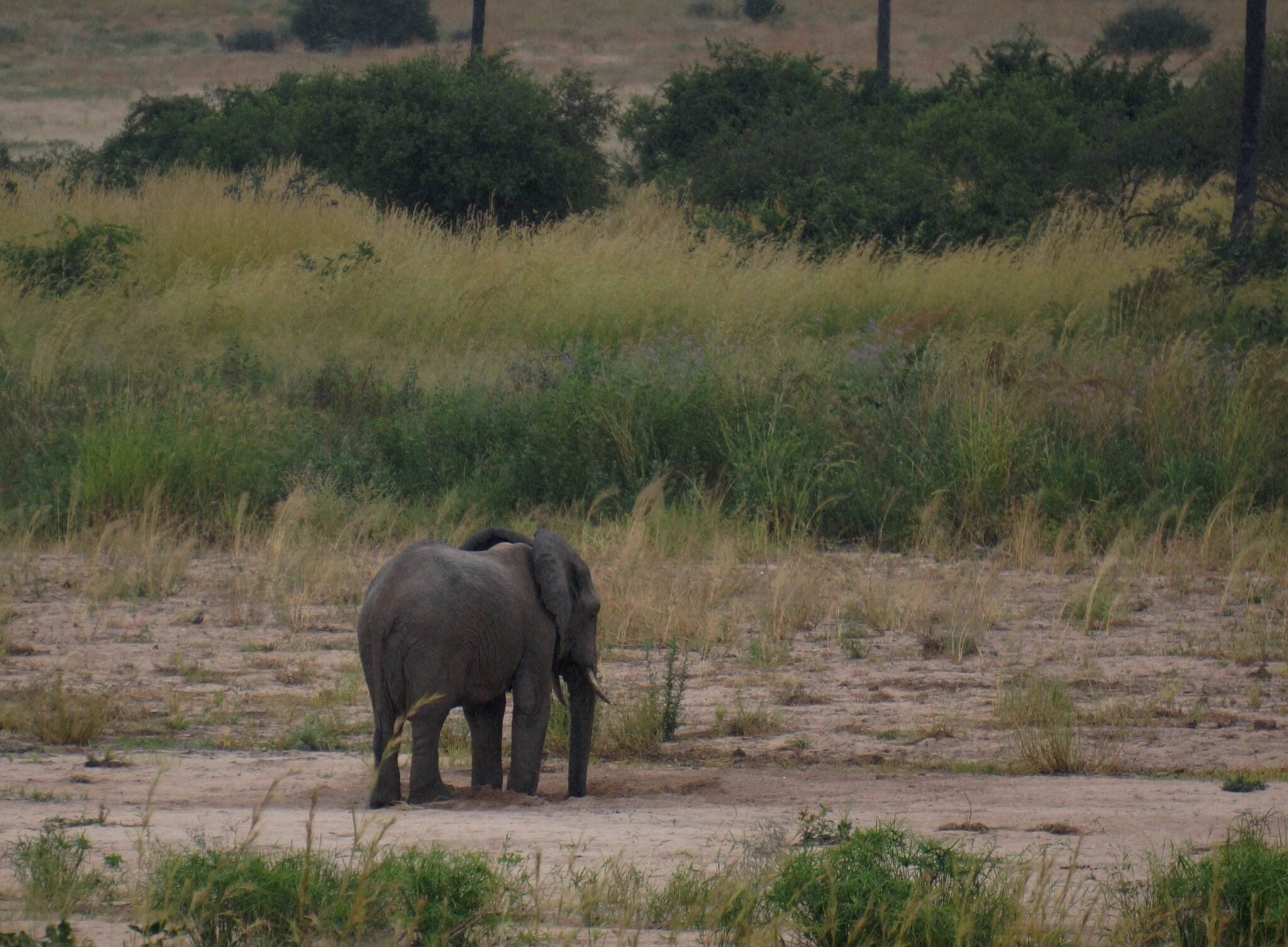 An elephant digs in the sand to look for water. When the Ruaha stops flowing, large mammals struggle to find drinking water. Brennan PetersonWood

Formerly, the upstream wetlands would act as a giant sponge and supply the Great Ruaha with water that had accumulated during the rainy months. Now, with the loss of 77 percent of wetland habitat and severely reduced inflow, the wetlands do not contain sufficient water. Since 1993 the Great Ruaha River has stopped flowing during the dry season, usually from September through the end of November. Alarmingly, an outbreak of the bacterial disease anthrax killed more than 40 hippos in September with the drying of the river cited as a contributing factor by the chief park warden of Ruaha National Park. A 2003 study showed that the drying of the Great Ruaha creates a 60 percent loss of dry season habitat within the park. The drying particularly affects large mammals such as elephants and buffalo, possibly causing a decline in buffalo populations in the Ruaha ecosystem. These species are now forced to venture out of the park and into farmers’ fields looking for water. Communities surrounding the park have recently been experiencing unprecedented levels of crop-raiding by elephants, putting humans and elephants in close contact and leading to multiple deaths on both sides. 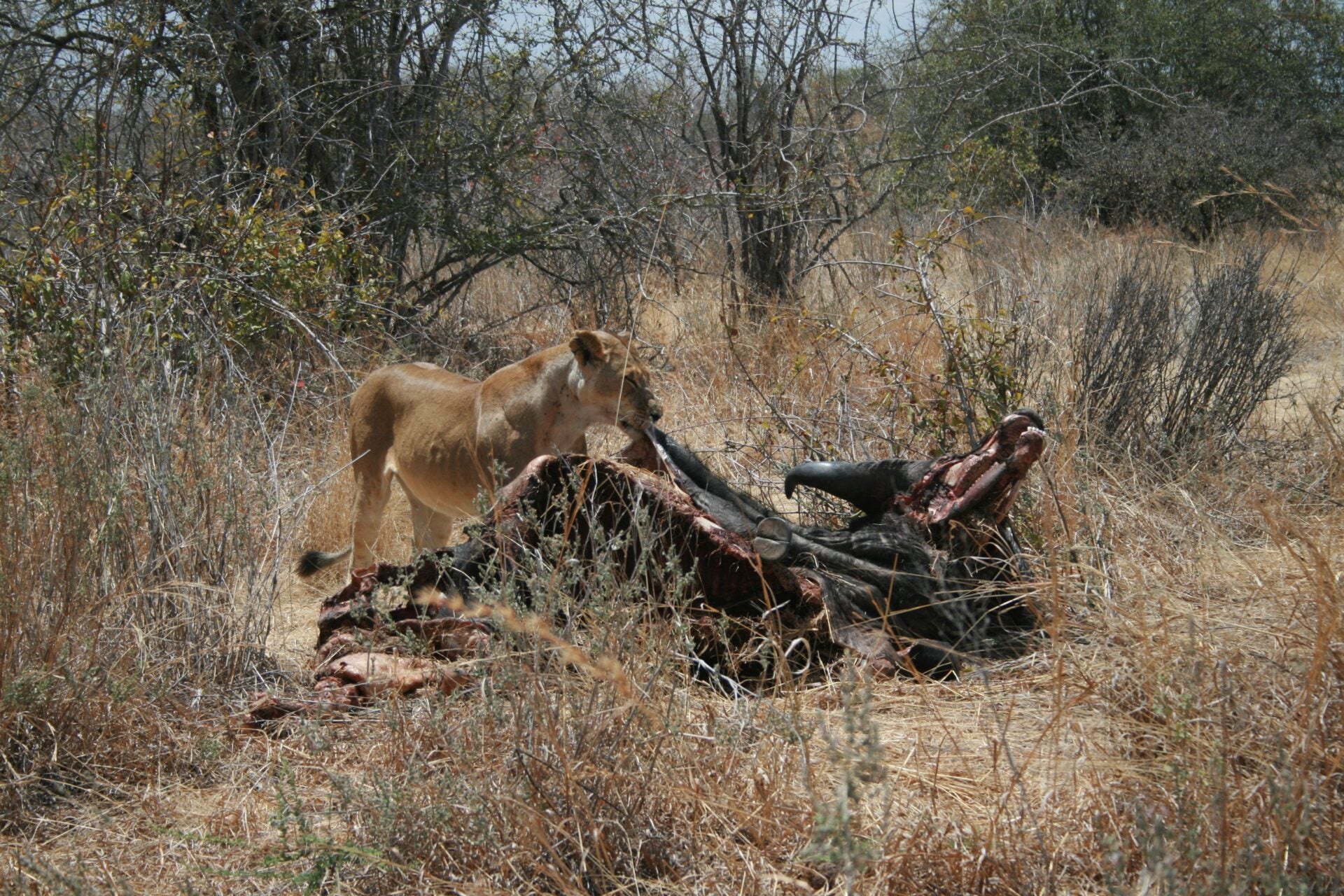 A lion feeds on a cape buffalo. Ruaha National Park is an important ecosystem for the last remaining lions in Africa. A staple prey for lions, cape buffalo are declining in the park as a result of the river drying. Viktoria Kalinina

In addition to the environmental impact, the economic losses of the drying of the Great Ruaha have been astronomical. Wildlife driven tourism in Tanzania contributes around $2 billion annually and 12.2 percent of employment to the country. The Great Ruaha powers two hydroelectric dams, Mtera and Kidatu, which generate 80 percent of Tanzania’s electric power. In 2006 water levels dropped so low that the Mtera hydroelectric dam had to be fully shut down. Tanzania’s national utility company reported losses of 2 to 9 million dollars each day with total losses likely ranging from 360 million to 1.6 billion dollars. Even if the rice farm project had achieved full production success, which to date it has not, its profits are dwarfed by the losses sustained from the electrical power losses alone.

Recognizing the potential for massive economic loss and environmental degradation, the government of Tanzania formed a committee of minsters in early April 2017 to address the problems facing the river. Headed by Yusuf Makamba, the minister of state in the office of the vice president (union and environment) and including three other ministers, the committee was to meet for one month to seek solutions. Makamba announced on April 24 that the government would not shy away from addressing the drying of the river.

The Great Ruaha is not Tanzania’s only environmental catastrophe at the hands of development aid and as the government pushes forward another river project that will cause damage to the ecology of a world heritage site, conservation fingers are crossed that the push to restore the Great Ruaha won’t dry up like the river itself.