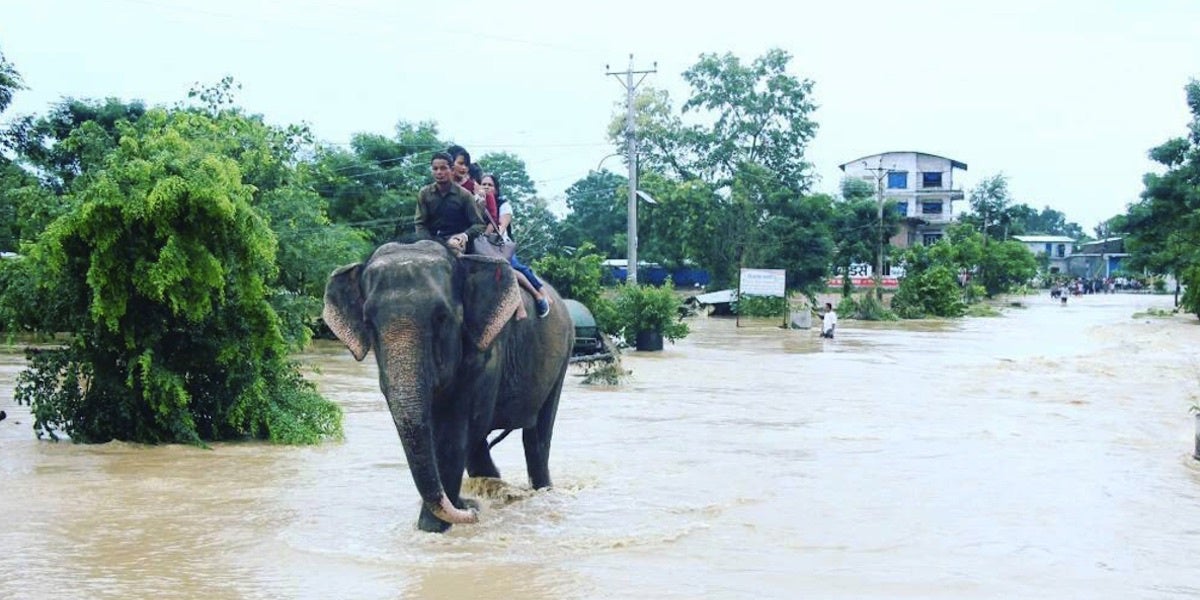 Elephants helped rescue hundreds of people trapped in a flooded tourist village in the Chitwan district in Nepal on Monday.

According to
Reuters, the overflowing banks of the Rapti River inundated hotels and restaurants in Sauraha, stranding nearly 600 tourists.

“Some 300 guests were rescued on elephant backs and tractor trailers to [nearby] Bharatpur yesterday and the rest will be taken to safer places today,” Suman Ghimire, head of a group of Sauraha hotel owners, told Reuters.

Sauraha is located near Chitwan National Park, a popular tourist destination for rhino-watching and elephant rides.

A hotel owner in Sauraha told
BBC the elephants were used to bring the tourists to the nearest open road and airport.

“We are mobilizing all the resources we have to ensure that everyone is safe,” Narayan Prasad Bhatta, the chief district officer of Chitwan district, also said.

Monsoon-triggered floods have killed at least 70 people and left thousands homeless in southern Nepal. Relief workers told Reuters that 26 of the country’s 75 districts are submerged or have been hit by landslides.
About 100,000 people have been affected by the disaster.

“I have already instructed authorities concerned to rescue flood victims, move them to safer locations and immediately provide relief to them,” he said.

Check out this GoFundMe link if you’d like to participate in relief efforts.