5 of the World's Coolest EcoVillages 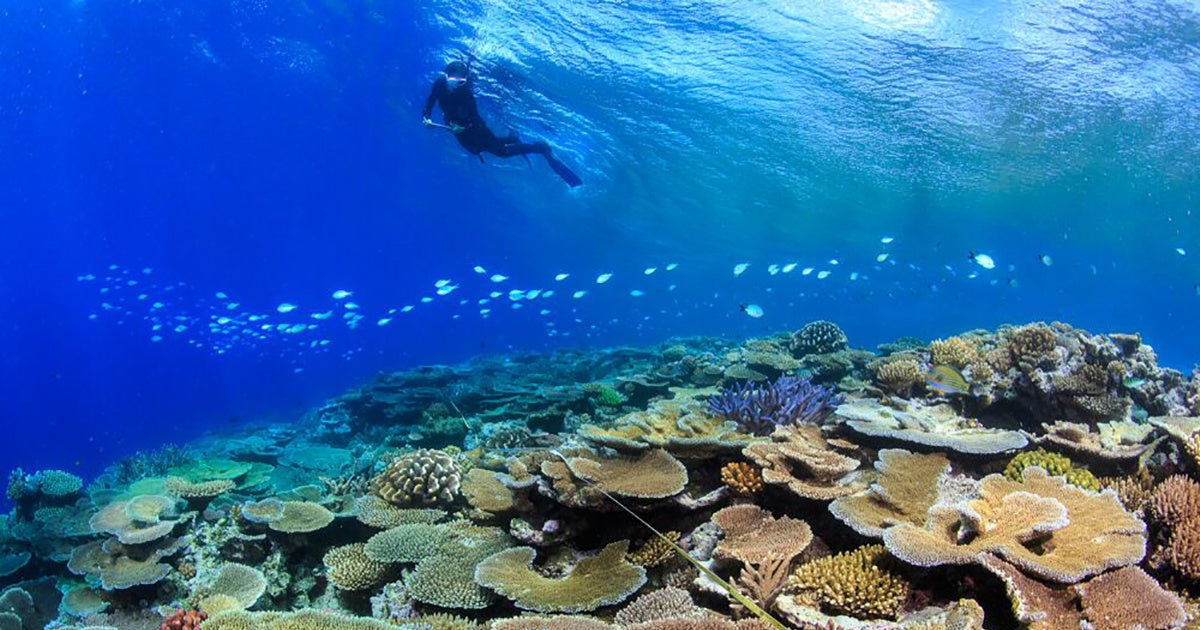 The Great Barrier Reef has been hit hard by climate change. As waters warm, the higher ocean temperatures force the coral to expel the algae that lives inside of it, providing it with both its nutrients and its brilliant colors. If the water does not cool fast enough and the algae does not return, the coral dies.

This process is called coral bleaching, and, according to a new study published in Nature Climate Change Monday, only 7 percent of the reefs that make up the Great Barrier complex have escaped bleaching entirely since 1998. A full 61 percent have been “severely bleached.”

Cumulative bleaching on the Great Barrier Reef. Each dot represents the most severe bleaching score recorded from 1998 – 2017 on individual reefs following each of four major beaching events, in 1998, 2002, 2016 and 2017.
ARC Centre of Excellence for Coral Reef Studies

However, the study, led by Prof. Terry Hughes who directs the Australian Research Council Centre of Excellence for Coral Reef Studies (Coral CoE) out of James Cook University, also found a surprising cause for hope. After back-to-back bleaching events in 2016 and 2017, the corals that survived the 2016 heat wave were also better able to withstand high temperatures in 2017, a Coral CoE press release explained.

“It’s one enormous natural selection event,” Hughes told The New York Times. “So when the heat returned in 2017, the susceptible corals had been substantially depleted. The new coral assemblage, if you like, at the beginning of the second heat waves, was made up predominantly of the more heat-tolerant species, the more robust ones.”

Researchers were “astonished” by the results, because, while temperatures were more extreme in 2017, there was still less bleaching. They even coined a new term to explain the process: “ecological memory,” which they defined as “the ability of the past to influence the present trajectory of ecosystems,” The Guardian reported.

But that hope was still only the silver lining to a serious loss. The corals as a whole were better able to survive in 2017 because the most vulnerable ones had already died the year before.

“We’ve never seen back-to-back mass coral bleaching before on the Great Barrier Reef, in two consecutive summers. The combined footprint has killed close to half of the corals on two-thirds of the world’s largest reef system,” study author Dr. Andrew Hoey, also of Coral CoE, said in the press release. Hoey said he was concerned that the southern third of the reef, which has so far suffered only minor bleaching due to local weather conditions, could be hit hard in a future event.

The scientists were clear that the results do not mean we can sit back and wait for nature to evolve its way out of the mess we have created.

“We need urgent global action on greenhouse emissions to save the world’s coral reefs. Australia should be – but regrettably isn’t – at the forefront of tackling global heating,” Hughes said in the press release.