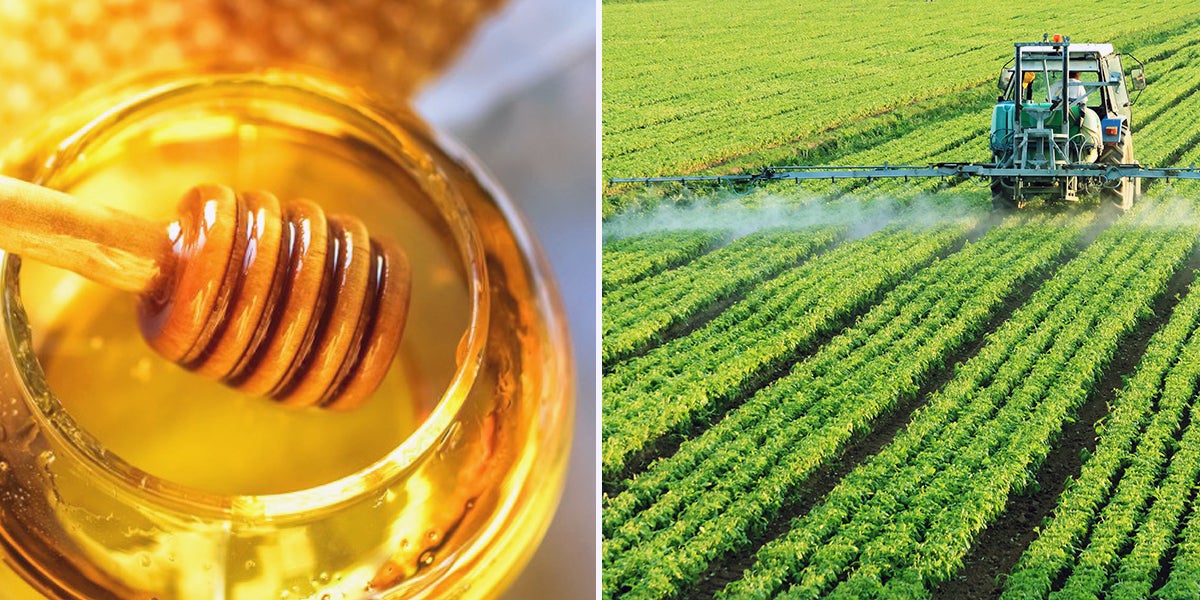 Residues of the main ingredient in Monsanto‘s flagship herbicide Roundup has been found in honey in the key farm state of Iowa.

The U.S. Food and Drug Administration (FDA) began glyphosate residue testing in a small number of foods earlier this year after the International Agency for Research on Cancer classified glyphosate as a probable human carcinogen in March 2015. The “special assignment,” as the FDA refers to the testing project, is the first time the FDA has ever looked for glyphosate residues in food, though it annually tests foods for numerous other pesticides. 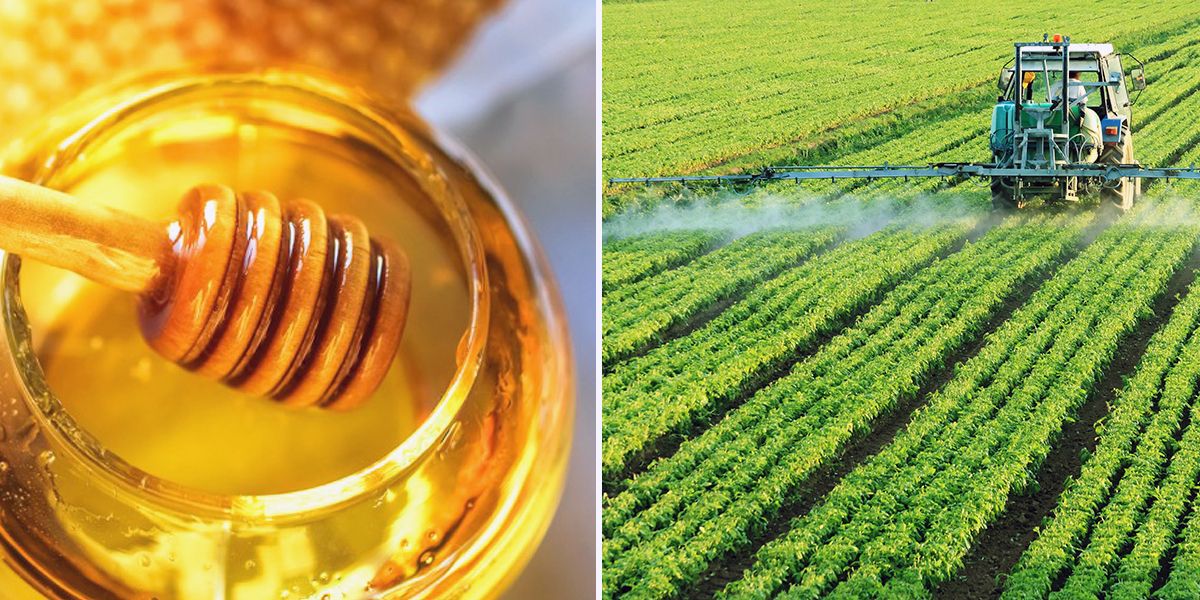 Research by FDA chemist Narong Chamkasem and John Vargo, a chemist at the University of Iowa, shows that residues of glyphosate have been detected at 653 parts per billion (ppb), more than 10 times the limit of 50 ppb allowed in the European Union. Other samples tested detected glyphosate residues in honey samples at levels from the low 20s ppb to more than 123 parts per billion ppb. Some samples had none or only trace amounts below levels of quantification. Previous reports had disclosed glyphosate residues in honey detected as high as 107 ppb. The collaborative work was part of an effort within the FDA to establish and validate testing methodology for glyphosate residues.

“According to recent reports, there has been a dramatic increase in the usage of these herbicides, which are of risk to both human health and the environment,” Chamkasem and Vargo stated in their laboratory bulletin.

Because there is no legal tolerance level for glyphosate in honey in the U.S., any amount could technically be considered a violation, according to statements made in FDA internal emails, obtained through Freedom of Information Act (FOIA) requests.

The U.S. Environmental Protection Agency (EPA) may soon move to set a tolerance, however. The agency has set tolerance levels for glyphosate residues in many foods the EPA expects might contain residues of the weed killer. When residue levels are detected above the tolerance levels, enforcement action can be taken against the food producer.

“EPA is evaluating the necessity of establishing tolerances for inadvertent residues of pesticides in honey,” the agency said in a statement. “EPA has examined the glyphosate residue levels found in honey and has determined that glyphosate residues at those levels do not raise a concern for consumers.”

Despite these reassurances by the EPA, at least two lawsuits have been filed over this issue. The Organic Consumers Association and Beyond Pesticides filed suit Tuesday against the Sioux Honey Association Cooperative, a large Iowa-based group of bee keepers who produce the nationally known brand Sue Bee Honey.

Sue Bee bills itself as “America’s Honey,” but the lawsuit alleges that the labeling and advertising of Sue Bee Products as “Pure,” “100% Pure,” “Natural” and “All-natural” is “false, misleading and deceptive.” Some of the glyphosate residues detected in the FDA tests were found in the Sue Bee brand, according to the FDA documents obtained through FOIA requests.

The claims are similar to another lawsuit, which seeks class action status, that was filed against Sioux Honey Association in late September in U.S. District Court for the Eastern District of New York.

Considering corn is the key crop grown in Iowa and most of the U.S. corn crop is genetically modified to tolerate being sprayed directly with glyphosate, it is not surprising that glyphosate residues are showing up in honey in Iowa and other farm states.

“It’s a chemical intrusion, a chemical trespass into our product,” said Darren Cox, president of the American Honey Producers Association. “We have really no way of controlling it. I don’t see an area for us to put our bees. We can’t put them in the middle of the desert. They need to be able to forage in ag areas. There are no ag areas free of this product.”

Sioux Honey Association President David Allibone said no one from the FDA has communicated with his group about the chemical residues found in honey and he said he could not discuss the issue further because of the litigation.

The lawsuit filed Tuesday acknowledges the difficulties beekeepers face. They “are often the victims of and have little recourse against, contamination of their hives caused by pesticide applications in the fields where bees forage,” the lawsuit states.

The glyphosate residues showing up in food are surprising and worrisome, according to dietitian Mitzi Dulan, a nationally known nutrition and wellness expert.

“I think more testing should be done so that we are armed with the knowledge and then we can decide what we want to put into our bodies,” Dulan said. “I do believe in minimizing pesticide exposures whenever possible.”

Jay Feldman, executive director of Beyond Pesticides, a plaintiff in the lawsuit filed yesterday, said regulators need to do more to address the issue.

“Until U.S. regulatory agencies prohibit Monsanto and other manufacturers of glyphosate from selling pesticides that end up in the food supply, we need to protect consumers by demanding truth and transparency in labeling,” Feldman said.