Global March Against Monsanto May 25 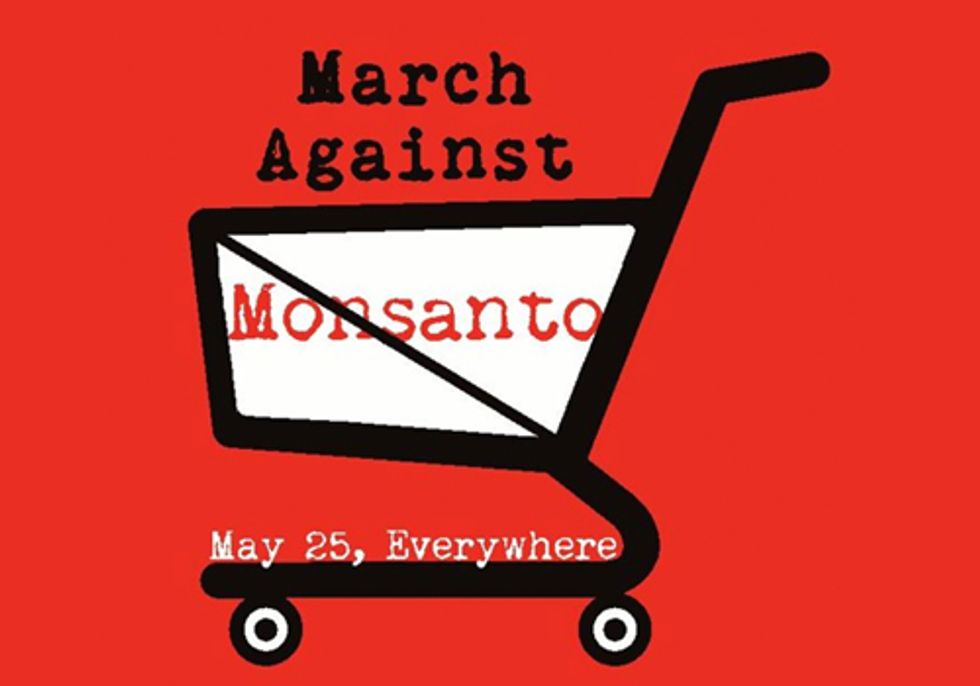 On Saturday, May 25, tens of thousands of people from around the world will participate in the March Against Monsanto, spanning 286 cities in 36 countries. In the U.S., events are slated to occur simultaneously at 11 a.m. PST in 47 states.

Tami Monroe Canal, lead organizer and creator of the now-viral Facebook page, says she was inspired to start the movement to protect her two daughters: “I feel Monsanto threatens their generation’s health, fertility and longevity. I couldn't sit by idly, waiting for someone else to do something.”

An organizer for the march in Athens, Greece, Roberta Gogos, spoke about the importance of the events in austerity-impacted South Europe: “Monsanto is working very hard to overturn EU regulation on obligatory labeling (questionable whether it's really enforced in any case), and no doubt they will have their way in the end. Greece is in a precarious position right now, and Greece's farmers falling prey to the petrochemical giant is a very real possibility.”

Josh Castro, organizer for Quito, says he wants to protect Ecuador against Monsanto’s influence, too: “Ecuador is such a beautiful place, with the richest biodiversity in the world. We will not allow this Garden of Eden to be compromised by evil multinational corporations like Monsanto. Biotechnology is not the solution to world hunger. Agroecology is.”

The March Against Monsanto's website clearly identifies why this march is being organized:

Why March Against Monsanto?

Solutions Being Advocated at the March: