Give Consumers a Choice—Label GMO Foods, Yes on Prop 37 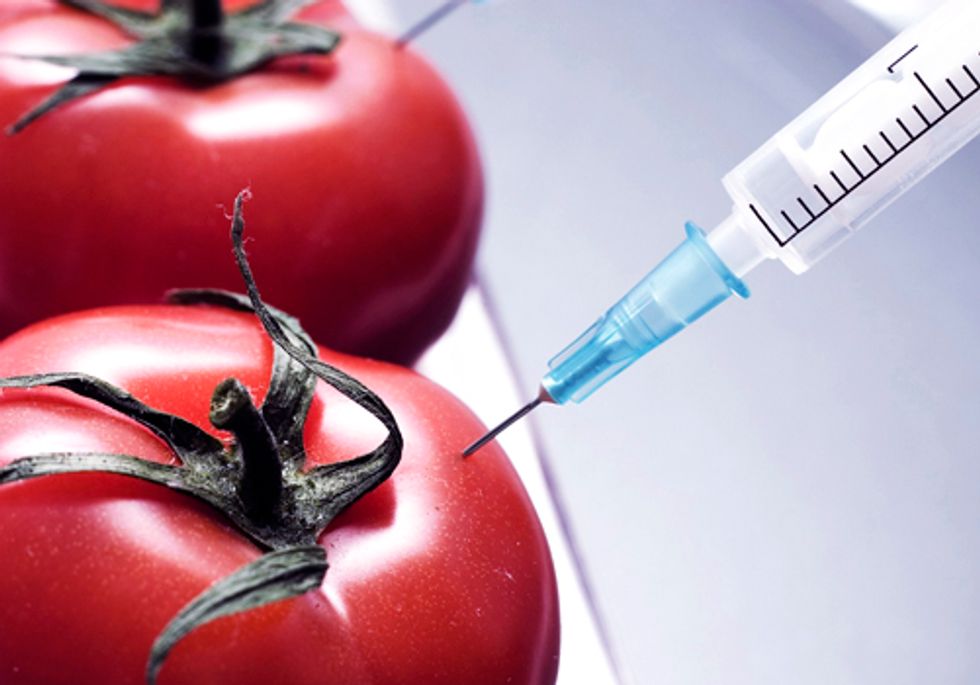 Proposition 37 is not a referendum on whether or not genetically engineered foods are safe. It's about our right to know what it’s in our food.

“The question of whether to label genetically engineered (GE) foods, as Proposition 37 would require, is not about science. Prop 37 is about people having the right to know what's in their food and how it was produced. It's about making competition in a free market—the hallmark of capitalism—more transparent," wrote Dr. Belinda Martineau, a molecular geneticist who was principal scientist at Calgene, Inc. when they introduced the first genetically engineered food, the “Flavr Savr” tomato, in 1994.  The tomato was labeled and was initially so popular that one store had to limit customers to two tomatoes per day—proving that transparency can be a good thing all around.

Yet no genetically engineered product has been labeled in the U.S. since then. And today, Monsanto and the other major pesticide and junk food companies are spending $45 million to defeat a citizen's initiative for our right to labels. Why? It’s pretty simple: They believe their optimal business model depends upon secrecy and a lack of transparency. They don’t want to provide consumers a choice.

U.S. Senator Barbara Boxer (D-CA) has a better idea for them. She wrote, “Instead of opposing this common-sense measure, I would urge these companies to embrace better food labeling and make their case for their products directly to consumers are worthy of purchase and consumption.”

Of course, lurking in the background of the Prop 37 discussion is a valid question: are genetically engineered foods safe? Incredibly, despite these foods being on the market for nearly twenty 20 years, we don’t yet know.

“Studies on short- or long-term health effects are hard to find since the FDA does not require them for market approval,” wrote Dr. Richard J Jackson, a pediatrician and former Director of CDC's National Center for Environmental Health.

Dr. Jackson has endorsed Proposition 37, as has Physicians for Social Responsibility-Los Angeles, whose board Jackson directs.

“A majority of the new GM crops coming through the agriculture biotech pipeline have had zero testing done on them,” Schubert said.

Until we know that our food is safe, shouldn’t we at least have these foods labeled so that we can steer away from them if we so choose?

“Given the longstanding and repeated patterns of false reassurances in environmental health, it is only fair and prudent for people to be skeptical of safety claims, and have the right to know what they are being exposed to,” Dr. Jackson said.

Meanwhile, our pesticide and junk food opponents, in the official voter guide, claimed—falsely—that the World Health Organization has concluded GMO foods are safe.

“In fact, the World Health Organization says that ongoing risk assessments are needed and that ‘GM foods and their safety should be assessed on a case-by-case basis and that it is not possible to make general statements on the safety of all GM foods,’” wrote Simon. “Meanwhile, the American Medical Association favors pre-market safety testing, which the FDA does not require.”

So, let’s allow independent scientists to do more testing. In the meantime, how about we finally give consumers a choice?

“This citizen-scientist, for one, is voting 'yes' on Prop 37,” wrote Dr. Martineau. “I wholeheartedly support providing Californians with information about whether the foods in their grocery stores have been genetically engineered.”