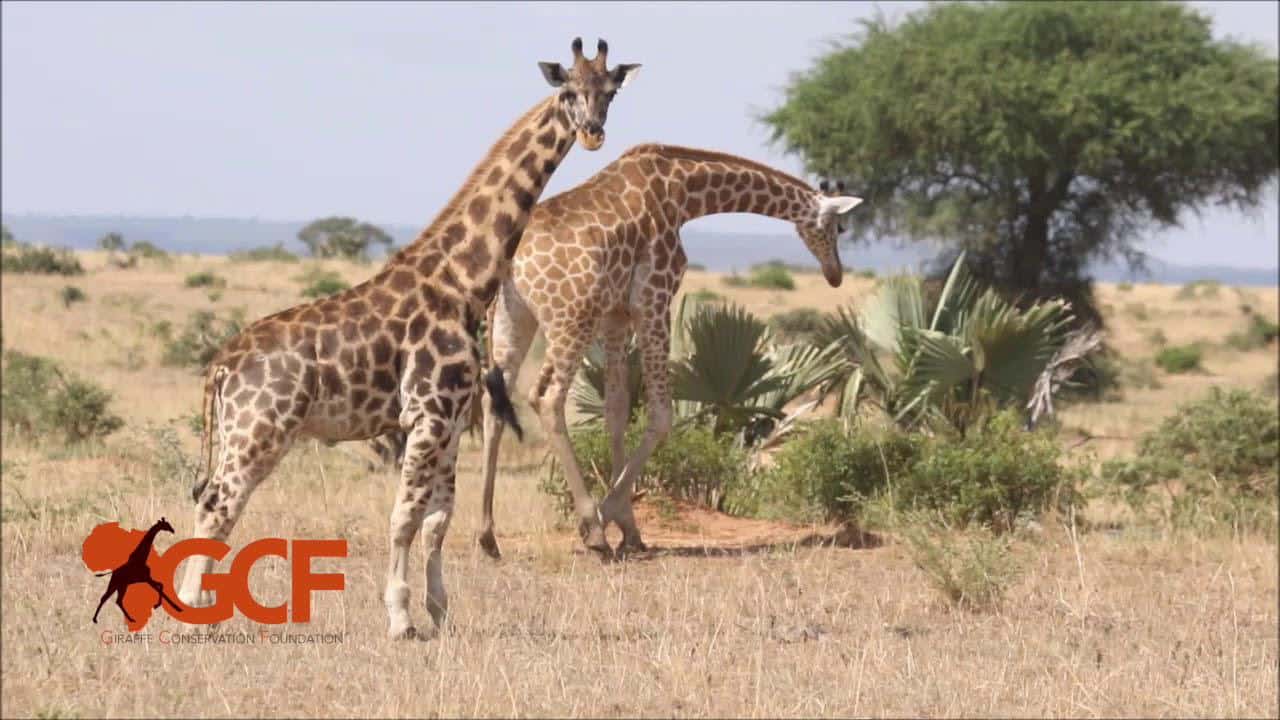 Nine feet tall is gigantic by human standards, but when researcher and conservationist Michael Brown spotted a giraffe in Uganda’s Murchison Falls National Park that measured nine feet, four inches, he was shocked.

Giraffes have an average height of around 16 feet. Their necks alone can measure six feet. So why was this giraffe so much shorter?

“The initial reaction was disbelief,” Brown, who is a conservation science fellow with the Giraffe Conservation Foundation (GCF) and the Smithsonian Conservation Biology Institute, told The New York Times.

The researchers compared the two giraffes to each other, along with those of average height, The Hill explained. The comparisons revealed that the two giraffes had shorter legs than their similarly aged peers, caused by skeletal dysplasia, or dwarfism.

This is the first time that dwarfism has been documented in wild giraffe populations, Brown and his GCF colleague Emma Wells wrote in a paper published in BMC Research Notes last month. They noted how dwarfism has been observed in domestic animals, but rarely in the wild. Other incidents include a red deer in Scotland and an Asian elephant in Sri Lanka.

“Instances of wild animals with these types of skeletal dysplasias are extraordinarily rare,” Brown said in a statement to GCF. “It’s another interesting wrinkle in the unique story of giraffe in these diverse ecosystems.”

The researchers are unsure what caused dwarfism in the two giraffes. In domestic animals, it is usually associated with inbreeding or a lack of genetic diversity, The New York Times explained. Researchers don’t know if this is the case for the giraffes, but GCF noted that the giraffes in Uganda suffered significant population decline in the 1980s due to unrest and poaching.

While the giraffe population in Uganda is recovering, the overall population is in trouble across Africa. Their numbers have fallen 40 percent in the last 30 years, according to The Hill. GCF estimates that there are about 111,000 left in the wild in Africa.

“Giraffe are undergoing a silent extinction in Africa. The fact that this is the first description of dwarf giraffe is just another example of how little we know about these charismatic animals,” GCF Director and Co-Founder Dr. Julian Fennessy said in a statement.

As for Nigel and Gimli’s individual chances, Brown told The New York Times it was a good sign that both had survived to adulthood, since more than half of giraffes die beforehand. However, Brown thought they might have problems later in life because of their size.

“It’s easy to imagine how this might make them more susceptible to predation since they lack the ability to effectively run and kick, which are two of the giraffe’s most effective anti-predator tactics,” Brown told The New York Times. “Additionally, given the mechanics of giraffe mating, I’d speculate that for both of these giraffes, mating would be physically challenging.”

Nigel was last seen during a July 2020 survey but Gimli has not been seen since 2017. Researchers hope he will appear again soon.