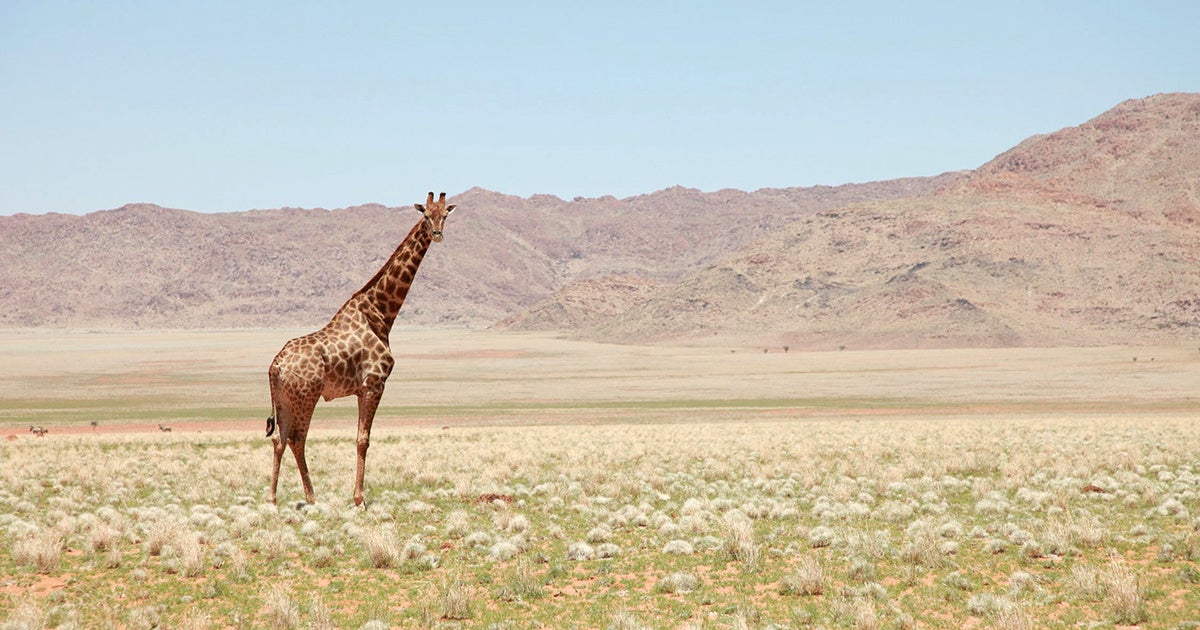 The groups had petitioned Interior Secretary Ryan Zinke and the U.S. Fish and Wildlife Service (FWS) to list giraffes under the Endangered Species Act in April 2017. The FWS is supposed to respond to such petitions within 90 days, but Trump’s FWS did not, triggering the law suit.

“Giraffes capture our imaginations from childhood on, but many people don’t realize how few are left in the wild,” Center for Biological Diversity (CBD) International Legal Director Tanya Sanerib said in a press release. “Instead of throwing these unique animals a lifeline under the Endangered Species Act, Trump officials are twiddling their thumbs. Trump will be to blame if future generations know giraffes only as toys and not the long-necked icons of Africa.”

The suit marks the 100th time the CBD has sued the Trump administration in an attempt to protect wildlife, public lands and the global climate from policies hostile to all three.

Today we filed our 100th lawsuit against the Trump administration — and we’re not stopping there in our fight to protect wildlife, public lands and our climate. We couldn’t do this without the support of people like you — *thank you*.

“The United States cannot stand idly by and allow thousands of U.S. imports of giraffe parts every year without any regulation while these animals are on a path to extinction. It is time that the United States stands tall for giraffes and gives this at-risk species the protection that it urgently needs,” HSUS Managing Wildlife attorney Anna Frostic said in the press release.

The number of giraffes in the wild has dropped almost 40 percent in the past 30 years, to the point where there are fewer than 100,000 left. The main threats they face are habitat loss, illegal hunting for meat and human fighting, but they are also vulnerable to a trade in skins, bone carvings and trophies. Despite this, the U.S. imports more than one giraffe hunting trophy a day and imported around 40,000 giraffe products between 2006 and 2015.

It was recently determined that six of Africa’s nine giraffe subspecies are imperiled or critically endangered. Together with @CenterForBioDiv, @action4ifaw, @HumaneSociety and @HSIGlobal, we’re fighting to protect the fewer than 100,000 species that remain in the wild.

Listing giraffes as an endangered species would allow the U.S. to better regulate and curb the trophy trade, and free up funding to support conservation. The Trump administration, however, has put the desires of trophy hunters over the needs of endangered animals before. The same four conservation groups sued the Department of Interior in August because the International Wildlife Conservation Council that advises Zinke is filled with people who stand to benefit from expanded trophy hunting, CNN reported.

“The Trump administration would rather allow its rich donors to mount giraffe trophies on their walls than protect giraffes,” NRDC Wildlife Trade Initiative Deputy Director Elly Pepper said in the CBD release. “Giraffes are headed toward extinction, in part due to our country’s importation of giraffe parts and trophies. It’s shameful—though unsurprising—that the Interior Department has refused to protect them under the Endangered Species Act and I hope the courts will agree.”