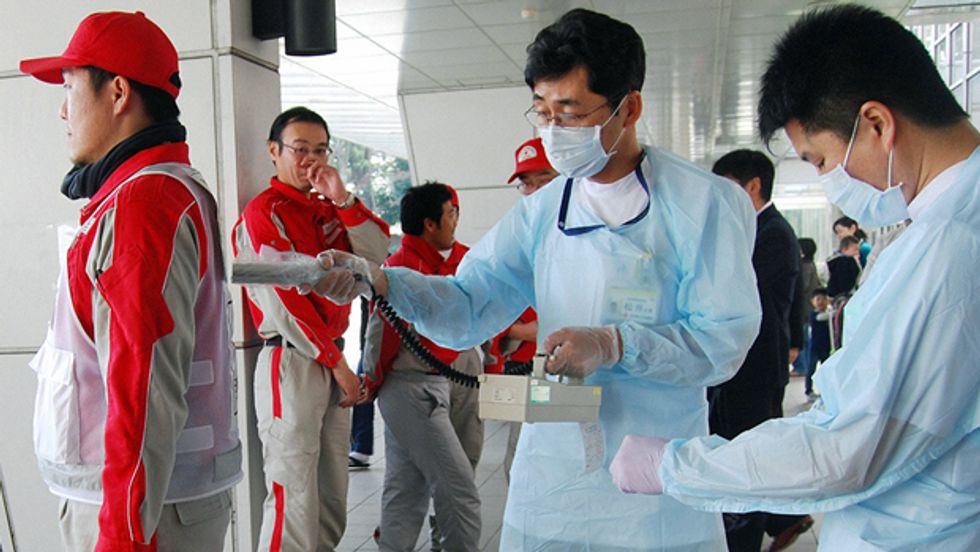 State of Nuclear Politics in Japan

Yukio Edano, head of the Ministry of Economy, Trade and Industry (METI) announced that for the first time, critics of the nuclear industry would be included on the nation’s long-term energy policy panel. There are no representatives from the nuclear industry. The panel resumed work for the first time since the March nuclear disaster, and expects to deliver a report by next summer. Some members are reported to be pushing for shutting down all nuclear reactors around the country, while others say a decision cannot be made until the Fukushima disaster is under control. Minutes from the meetings will be posted online, in an effort to promote transparency.

The Japanese Diet will vote on a bill to establish a 10-member independent investigative panel that will explore the causes of the Fukushima nuclear disaster. The panel will be separate from the third-party panel currently doing investigative work, and will be authorized to call witnesses and demand documents. The bill is expected to pass both houses of parliament.

METI minister Yokio Edano said that he would give ‘serious consideration’ to the Makinohara Assembly’s decision to shut down the Hamaoka plant in Shizuoka prefecture. A recent survey of residents showed that over 50 percent of respondents support closing the plant.

Japan will delay testing of the Monju fast-breeder reactor, in light of uncertainty about the country’s energy policy. Earlier in the week, the Science Ministry announced that funding for the reactor would be cut by 80 to 90 percent. The reactor, considered the model for Japan’s next generation of reactors, has been fraught with technical issues. It was shut down for over 14 years because of a coolant leak.

The government panel investigating the Fukushima Daiichi nuclear crisis has declared Tokyo Electric Power (TEPCO) was negligent in containing damage from the disaster and protecting the plant from the ensuing tsunami. An interim report is expected by year’s end.

The panel reviewing TEPCO’s financial status said it would demand that the company’s management resign en masse at the end of the year, as a prerequisite for receiving government funding for compensation due to victims of the disaster. In addition, management will be asked to return stocks and forfeit retirement pay. The panel has advised that the company may need to cut 7,400 jobs by March 2014, and has warned banks that loans made to TEPCO may never be repaid.

The same panel said it will take control of the utility and put it under public control when it runs out of capital, which is sure to happen. TEPCO currently has only JY1 trillion in its coffers. The panel also said it will not allow an increase in electricity rates for this fiscal year, which ends in March.

In a turnaround from last week, TEPCO said it would shorten the application required for compensation for victims of the Fukushima nuclear disaster. The company was criticized for requiring completion of a 160-page form. By comparison, one of TEPCO’s nuclear emergency handbooks is three pages in length—another is six pages. The new form will be available within two weeks.

TEPCO has begun the compensation process for self-employed workers across Japan, sending out claim forms this week. Compensation will be based on the previous year’s sales, minus costs of raw materials. The process for farmers will begin next month.

Status of the Fukushima Daiichi Reactors

As of Sept. 29, the temperatures in Reactors 1, 2, and 3 have all fallen below 100ºC. The most recent reactor to reach that status, 2, is currently at 99.4ºC. However, TEPCO cautions that cold-shutdown status cannot be declared until temperatures are stable and assuming that cooling systems continue to work.

TEPCO found high levels of hydrogen in pipes connecting to Reactor 1, measuring between 61 to 63 percent, after last week’s discovery that hydrogen was present. The company says that since there is no oxygen in the pipes, an explosion is unlikely, but has begun to drain the gas. The Nuclear and Industrial Safety Agency has also ordered TEPCO to measure hydrogen levels in pipes connected to Reactors 2 and 3.

Government documents reveal that although large amounts of potassium iodide pills were available for residents in areas affected by the March explosions at the Fukushima Daiichi plant, they were not distributed at all or until it was too late. Potassium iodide, when taken within a few hours of radiation exposure, can prevent thyroid cancer. Children are at especially high risk of this disease. Japan’s central government did not issue an order to distribute the pills until five days after the explosion, by which time they were no longer effective, and many people had already evacuated. NISA is investigating.

Japan’s Science Ministry announced that high levels of radioactive cesium-137 have been found in Gunma Prefecture, over 250 km from the Fukushima Daiichi plant. Cesium-137 has a half-life of 30 years. In response, Russia’s Hermitage Museum cancelled a planned exhibit of glassworks at the Museum of Modern Art in Gunma, citing fears of contaminating the art.

Scientists from the Woods Hole Oceanographic Institute say that radiation levels in the ocean off the coast of the Fukushima Daiichi plant show that contaminated water continues to actively leak into the sea. Ocean currents have concentrated radiation levels, rather than allowing them to dissipate. The Woods Hole researchers are analyzing the effects of radiation on sea life.

Goshi Hosono, Nuclear Crisis Minister, said that Japan will announce plans to deal with storing and disposing of nuclear waste and other contaminated substances by next month.

The Environment Ministry announced it will decontaminate areas in Fukushima, Miyagi, Yamagata and Ibaraki Prefectures where contamination levels are 5 millisieverts or more per year. The move, which will involve removing 5 cm of topsoil and leaves from over 17 percent of Fukushima prefecture alone, is expected to produce almost 29 million cubic meters of radioactive debris—enough to fill 23 separate Tokyo Domes. The Tokyo Dome has a seating capacity of 55,000.

To accommodate the resulting debris, the Environment Ministry announced a plan to build temporary storage facilities in Fukushima, Iwate, Miyagi, Tokyo, Chiba, Tochigi, Ibaraki, and Gunma Prefectures, but first needs to obtain permission from local governments. Japan’s Chief Cabinet Secretary, Osamu Fujimura, said that no decisions have been made, and the issue is still open for discussion.

Tokyo will accept half a million tons of trash, rubble, and debris from Iiwate and Miyagi through 2013. The move is designed to ease cleanup and rebuilding in the prefectures, which were hit hard by the March earthquake and tsunami. However, local residents have expressed concern that the rubble will be radioactive. Tokyo’s municipal government said that radiation levels are low, and residents should not be concerned.

Residents in the Ota neighborhood of Minamisoma are decontaminating their section of the city, rather than relying on government help. After purchasing radiation measuring tools with government subsidies, and enlisting nuclear experts to teach them how to use them, they created a radiation map twice as accurate as that provided by the central government. A copy was distributed to all 1,000 households. So far, they have decontaminated 800 meters of sidewalks within the city.

The panel tasked with overseeing Fukushima-related compensation issues estimates that TEPCO’s liability could top JY4 trillion, not including the costs of decommissioning the damaged reactors. That number could increase if voluntary evacuees are also compensated.

Iitate Village in Fukushima Prefecture has warned residents against signing compensation agreements with TEPCO. Village officials are concerned that damage has not yet been fully assessed, and warn once residents receive payment, they have no right to file additional claims. Warning letters will be sent to 2,500 households within the prefecture.

As of the end of August, more than 50 former government bureaucrats were still holding lucrative positions at TEPCO. Japan has a long history of allowing officials to leave government service and move to high-paying positions at utilities, where they have little or no responsibility. Critics blame the close ties between utilities and the government for the lax oversight that led to the Fukushima disaster.

The president of Kyushu Power Company, Toshio Manabe, who previously announced he would resign in the midst of a scandal, said he will await the decision of the company’s board of directors. Manabe originally said he would step down after Kyushu executives admitted that they tried to sway public opinion toward nuclear power at a town hall meeting.

Switzerland announced that it will gradually phase out nuclear energy over the next 20 years, citing concerns about nuclear safety in the wake of the Fukushima disaster. The Swiss government said it will increase renewable power, including hydro-power, and may import some electricity, pointing out that nuclear power is becoming more expensive because of rising safety costs.