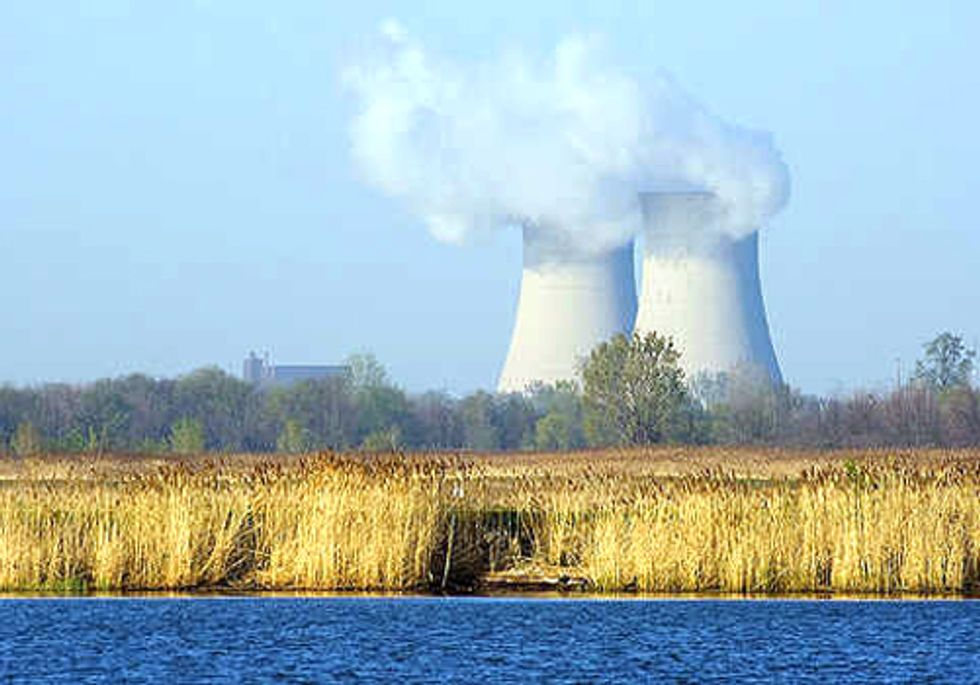 On May 5, 2012, Japan shut down its Tomari 3 nuclear reactor on the northern island of Hokkaido for inspection, marking the first time in over 40 years that the country had not a single nuclear power plant generating electricity. The March 2011 earthquake, tsunami and subsequent Fukushima Daiichi nuclear meltdown shattered public confidence in atomic energy, thus far making it politically impossible to restart any of the reactors taken offline. And the disaster’s legacy has spread far beyond Japan. Some European countries have decided to phase out their nuclear programs entirely. In other countries, nuclear plans are proceeding with caution. But with the world’s fleet of reactors aging, and with new plants suffering construction delays and cost increases, it is possible that world nuclear electricity generation has peaked and begun a long-term decline.

Prior to the Fukushima crisis, Japan had 54 reactors providing close to 30 percent of its electricity, with plans to increase this share to more than 50 percent by 2030. But nuclear power dropped to just 18 percent of Japan’s electricity over the course of 2011. When the quake and tsunami hit, 16 reactors had already been temporarily shut down for inspections or maintenance; another 13 underwent emergency shutoffs, including the four Fukushima Daiichi reactors now permanently shut down. Others were subsequently closed due to earthquake vulnerability or for regular inspection. Now that Tomari 3 is offline, all 44,200 megawatts of Japan’s nuclear capacity that are listed as “operational” by the International Atomic Energy Agency (IAEA) are in fact idle with no set date for restart.

Next to Japan, the most dramatic shift in nuclear energy policy following Fukushima occurred in Germany. Within days of the disaster, Chancellor Angela Merkel announced that Germany’s seven oldest reactors, all built before 1980, would shut down immediately. And in May 2011, the government declared that Germany would phase out nuclear entirely by 2022. Nuclear power generated 18 percent of the country’s electricity in 2011, down from 24 percent in recent years and well below the peak in 1997 of 31 percent.

Just before Germany’s phaseout decision, Switzerland abandoned plans for three new reactors that were going through the approval process. The government also announced that all five of the country’s reactors—which for years had provided some 40 percent of its electricity—will close permanently as their operating licenses expire over the next 22 years. Italy, which had discontinued its nuclear program after the infamous 1986 nuclear disaster in Chernobyl, Ukraine, had in 2010 decided to restart it. But in a June 2011 referendum, more than 90 percent of Italian voters chose to ban nuclear power. Later in 2011, Belgium announced plans to phase out the seven reactors that provide more than half of the country’s electricity. Even in France, with a world-leading 77 percent of its electricity coming from nuclear power, newly elected President François Hollande has said he intends to reduce this share to roughly 50 percent by 2025.

According to IAEA data, 13 reactors with a combined 11,400 megawatts were permanently shut down in Japan, Germany and the United Kingdom in 2011. Seven new reactors totaling 4,000 megawatts were connected to the grid—three in China and one each in India, Iran, Pakistan and Russia—with less than 1,000 megawatts added through increasing, or “uprating,” existing nuclear plant capacities. As of May 2012, after two new reactor connections in South Korea and two permanent U.K. shutdowns, the world’s 435 operational nuclear reactors total 370,000 megawatts of capacity. Actual nuclear electricity generation in 2011 fell to 2,520 terawatt-hours, 5 percent below the 2006 peak.

The growth in nuclear generating capacity had slowed to a crawl well before the Fukushima disaster. From 1970 to 1986, cumulative capacity grew at a brisk 19 percent annual rate. Even after Chernobyl, nuclear power capacity grew at 4 percent a year until 1990. But since then the annual growth rate has been just 0.7 percent. (See data.)

In contrast to the backlash in places like Japan and Germany, a number of countries reaffirmed their commitment to nuclear power, while indicating that safety would be a priority. This includes the three countries building the most new reactors: China (with 26 reactors under construction), Russia (11) and India (7). Immediately after the Fukushima incident, China suspended its reactor approval process to review the safety of existing plants, but the government has since indicated that the 26,600 megawatts under construction will move forward. Russia still intends to double its nuclear generating capacity by 2020, and India plans to increase its capacity 14-fold to 63,000 megawatts by 2032.

Of the 62 reactors the IAEA lists as under construction, only 15 have a projected date for connecting to the grid. (Not one of China’s 26 units under construction does.) Some of these reactors have been listed this way for more than 20 years. A prime example is the only U.S. reactor under construction, the Watts Bar 2 unit in Tennessee, which started construction in 1972. In April 2012, the startup date was moved from August 2012 to sometime in 2015, as the estimated cost rose 68 percent.

The U.S., home to roughly one quarter of the world’s nuclear generating capacity, gets 19 percent of its electricity from nuclear power. The last new U.S. reactor to connect to the grid was Watts Bar 1 in 1996. In early 2012, the U.S. Nuclear Regulatory Commission approved construction permits for four 1,100-megawatt reactors at two existing nuclear plants in the southeastern states of Georgia and South Carolina, the first permits for new plants since 1978. In that region, utilities are allowed to increase their customers’ rates to defray the cost of nuclear plants even before construction begins. Despite this advantage, the four permitted reactors may well see the kind of delays and cost escalation that have become typical for the industry. For example, in May 2012, Progress Energy announced that grid connection for the first unit of its planned two-reactor project in Florida would be pushed back three years to 2024. With this delay, the estimated total cost jumped from $17 billion to as high as $24 billion.

Indeed, unlike other energy technologies such as wind turbines and solar panels, where increasing deployment generally leads to economies of scale and falling costs, nuclear power has seen the opposite trend. Even the most recently completed plant in France cost more than three times as much to build and took twice as long to finish as the first plant did. Nuclear costs would be even more prohibitive if the damages for which nuclear utilities were liable in case of a meltdown were in line with realistic estimates of potential harm. In the U.S., nuclear plant operators pay into a $12-billion fund that would be used in case of an accident. But an estimate from Sandia National Laboratory indicates that a worst-case incident could cost more than $700 billion. The poor economic case for nuclear power helps explain why most new nuclear construction is happening in countries with government-controlled electricity markets: private investors are leery of the risks.

New nuclear capacity additions over the long term are unlikely to make up for shutdowns as the world’s reactors, already averaging 27 years in operation, age further. Nearly 180 reactors have reached age 30 or higher. The 140 reactors already permanently shut down averaged 23 years of service at the time of closure. While some reactors have been granted lifetime extensions beyond the typical 40 years—many U.S. units have, for example—these may not be as readily approved after the demise of the four Fukushima reactors, which averaged 37 years old when disaster struck.

Whether or not nuclear generation has truly peaked will depend on a number of factors, including how many Japanese reactors resume operation, how many licenses are extended for aging reactors worldwide, and the pace and magnitude of uprating existing units. But regardless of whether the peak has already come or will do so soon, poor economics and sluggish new construction indicate that nuclear power is on a decline path. Rather than replacing this energy source with fossil fuels, thus boosting carbon emissions and encouraging runaway climate change, the world can use this opportunity to pursue a much safer electricity sector powered largely by wind, solar and geothermal energy. We know that the potential is there: leading carbon-emitting countries—including China, the U.S., India, Russia and Japan—could meet their electricity needs with wind alone.