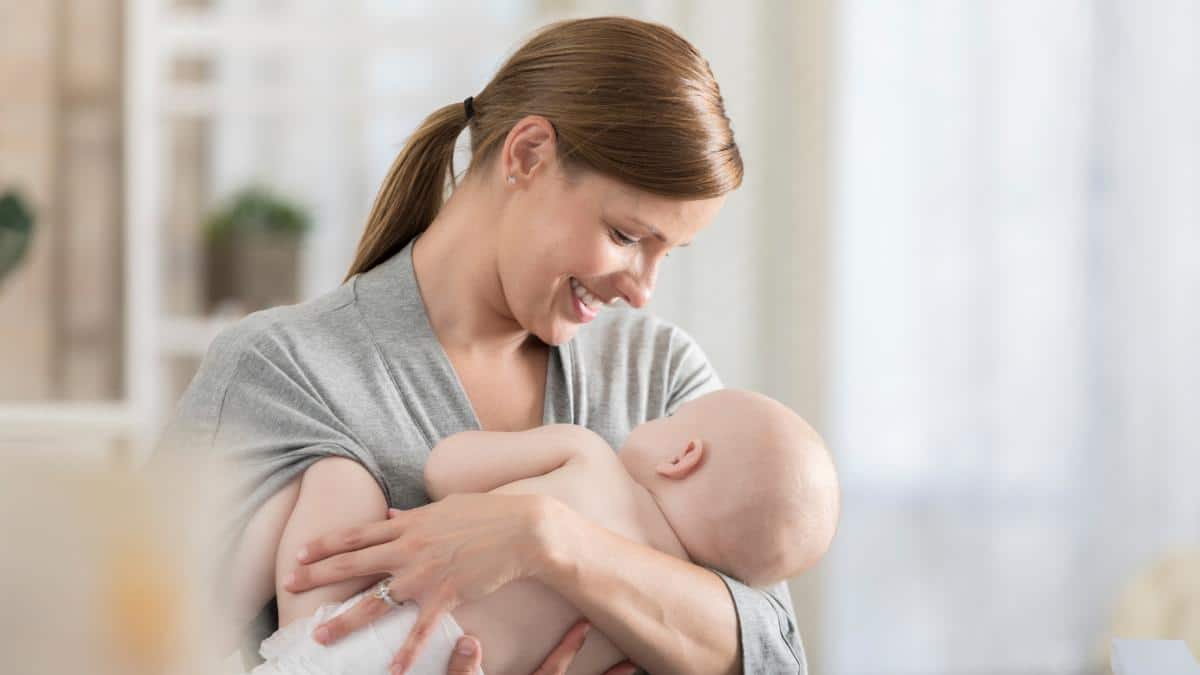 Forever chemicals are everywhere, even in breast milk.

A study published in Environmental Science and Technology Thursday tested the milk of 50 U.S. mothers and found that every sample was contaminated with per- and polyfluoroalkyl substances (PFAS). What’s more, the chemicals were found at nearly 2,000 times the levels considered safe by environmental health groups, The Guardian reported.

“The study shows that PFAS contamination of breast milk is likely universal in the U.S., and that these harmful chemicals are contaminating what should be nature’s perfect food,” study co-author and Toxic-Free Future science director Erika Schreder told The Guardian.

PFAS are a class of chemicals that are used in a variety of consumer products because they are stain, grease, and water resistant, a Safer Chemicals, Healthy Families press release explained. They turn up in everything from food packaging to clothing to carpeting and have been linked to cancer, high cholesterol, liver damage, pregnancy-induced hypertension, fertility problems, thyroid disease and a weakened immune system.

Companies have begun to phase out older PFAS and replace them with newer versions that they say do not build up in the human body. The new study gives the lie to those claims.

The research was the first to analyze U.S. breast milk for PFAS since 2005. It tested for 39 different chemicals, including nine that are currently in use, and found that both newer and phased-out chemicals were present in the samples. PFAS were found at levels ranging from 52 parts per trillion (ppt) to more than 500 ppt. To put that in perspective, the Environmental Working Group (EWG) recommends a limit of one ppt in drinking water while the Department of Health and Human Services’ Agency for Toxic Substances and Disease Registry suggests 14 ppt for children’s drinking water, The Guardian pointed out.

“These findings make it clear that the switch to newer PFAS over the last decade didn’t solve the problem,” study co-author and Indiana University associate research scientist Dr. Amina Salamova said in the press release. “This study provides more evidence that current-use PFAS are building up in people. What this means is that we need to address the entire class of PFAS chemicals, not just legacy-use variations.”

Further, the study also found that PFAS contamination is increasing around the world. The international breast milk data from 1996 to 2019 shows that, while the concentration of older chemicals is decreasing, the incidence of newer chemicals is doubling every 4.1 years.

To protect themselves and their children, the study authors recommend that pregnant people avoid grease-proof take-out containers, cleaners like Scotchgard, waterproof clothing that contains PFAS and non-stick cooking equipment that uses Teflon, according to The Guardian.

However, the researchers also acknowledged that the industry does not always disclose the use of these chemicals, and their ubiquity makes them difficult to avoid.

“Moms work hard to protect their babies, but big corporations are putting these, and other toxic chemicals that can contaminate breast milk, in products when safer options are available,” Schreder said in the press release.

Toxic-Free Future, a Seattle-based nonprofit that contributed to the study, is therefore calling for state and federal laws prohibiting the use of these substances. They cited as a positive example a Washington state law that requires policy makers to identify products containing harmful chemicals and phase them out when healthier alternatives are available.

“If a harmful chemical can end up in breast milk due to its persistence or ability to bioaccumulate, it should be prohibited in everyday products we are constantly exposed to,” Toxic-Free Future executive director Laurie Valeriano said in the press release. “It’s time for more states and the federal government to follow the lead of Washington state and ban PFAS and other equally dangerous classes of chemicals in products, especially when safer alternatives are found. Prevention-based policies are critical to ending this harmful and unnecessary contamination of our most precious resources — from breast milk to drinking water.”