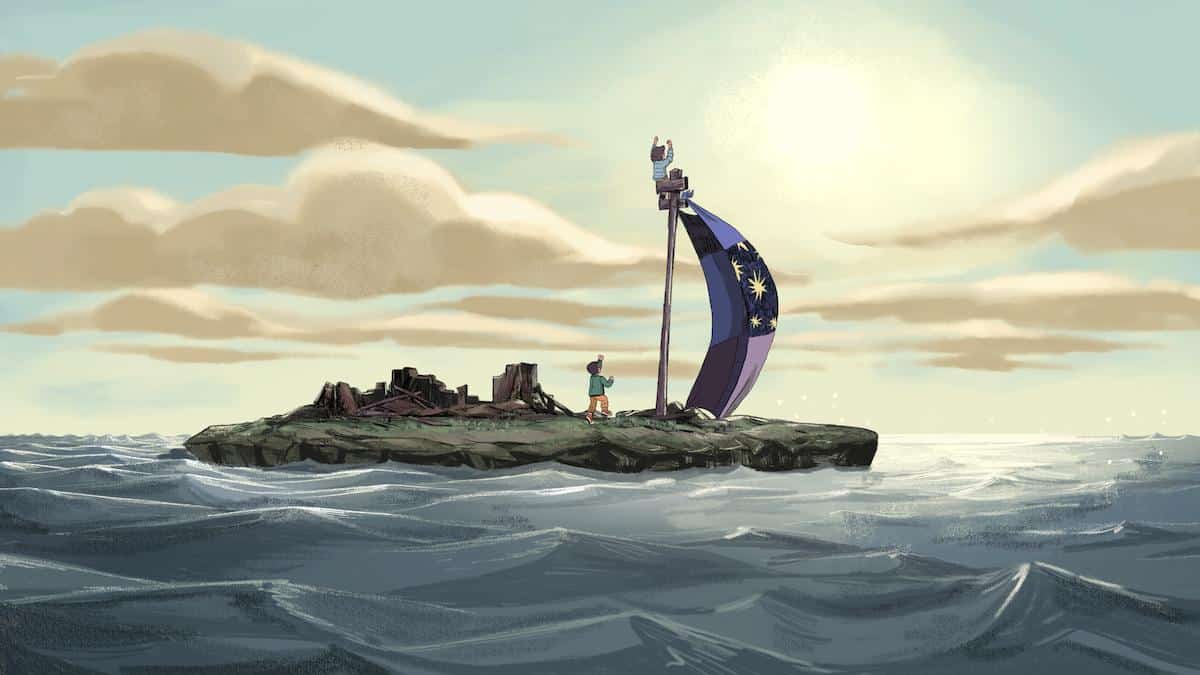 The film Footsteps on the Wind raises awareness about children displaced by war and climate change.

In the last decade, more than 40 million children have had to flee their homes because of conflict and the climate crisis.

To raise awareness about the hardships they experience, but also the amazing resilience they are capable of, an international team of collaborators has come together to make an award-winning animated short film called Footsteps on the Wind, which tells the story of a brother and sister forced to embark on a journey far from home.

“We are trying to raise a lot of awareness about climate change and about the home that we live in and how it can be shaken up and torn apart,” director Maya Sanbar told EcoWatch.

Footsteps on the Wind tells the story of sister and brother Noor and Josef who lose their parents in a violent earthquake.

“The earthquake is a metaphor for anything that shakes your life up, so it could be a war, it could be anything,” Sanbar said.

They are then swept away when the sea rushes in and takes them on a harrowing journey to a new home.

Completing the film was a border-crossing journey in its own right.

Sanbar first had the idea for the film three to four years ago when she heard Sting’s song “Inshallah,” which was inspired by the plight of refugees displaced by the Syrian civil war.

“I’d been wanting to make a film about refugees for quite a while, because I have a family history linked to that theme, and I wanted to do something that was original, not what you see on the evening news,” Sanbar, whose father was pushed from his home in Palestine in 1948, told EcoWatch.

She asked Sting if he would donate the song as inspiration for a film, and he agreed, but it took until the coronavirus lockdown for the project to come together.

The completion of the film itself was an “international labor of love” between Sanbar and producer Kristin Olafsdottir in the UK; co-directors Gustavo Leal and Faga Melo, screenwriter Pedro Paulo de Andrade, and producer Ito Andery in Brazil; and producer Gillian Gordon in the U.S.

Sanbar said working on the film during lockdown could be frustrating sometimes because the team had to design and approve the film’s animation without being able to stand in the same room together. However, she also said there was a lesson in how the team was able to complete the project virtually, crossing borders without spending money or burning greenhouse gas emissions on flights.

The film’s creation, therefore, mirrors its themes. Sanbar emphasized the metaphor of the wind, which can travel anywhere.

The film comes as there is growing awareness about the relationship between the climate crisis and displacement. A recent study from the World Bank warned that as many as 216 million people could be forced to leave their homes because of climate change by 2050.

The climate crisis has already been linked to some notable causes of forced migration in recent years. Drought in Central America’s dry corridor is one of the factors pushing people to leave Guatemala, Honduras and El Salvador and seek asylum in the U.S. Climate-change driven drought has also been suggested as one cause of Syria’s civil war, according to JSTOR Daily. Overall, 23.1 million people have been displaced directly by extreme weather events every year for the past decade, according to the World Meteorological Organization, though most of these people did not cross an international border.

In this context, Sanbar hopes the film will encourage people to open their hearts to refugees, to perhaps volunteer to house a family or bring a meal to a refugee center. But she also hopes the film can be a comfort to refugees themselves.

“It’s not just a film, it’s a tool that we’ll use for therapy for traumatized kids and adults and to be able to talk about their story but through the characters of the film,” she said.

To that end, the team worked to make the characters and landscapes in the film representative of different races and all five continents, so they would be easy to identify with. They also worked to incorporate the perspectives and voices of refugees. Sanbar conducts workshops with refugee children through organizations like Young Roots and O’s Refugee Aid Team. In one instance, she brought lots of pompoms and sparkles to work with 16 to 17 year old boys. She expected they wouldn’t be interested, and was surprised when they “went full on with the color and the pompoms and the sparkles.” 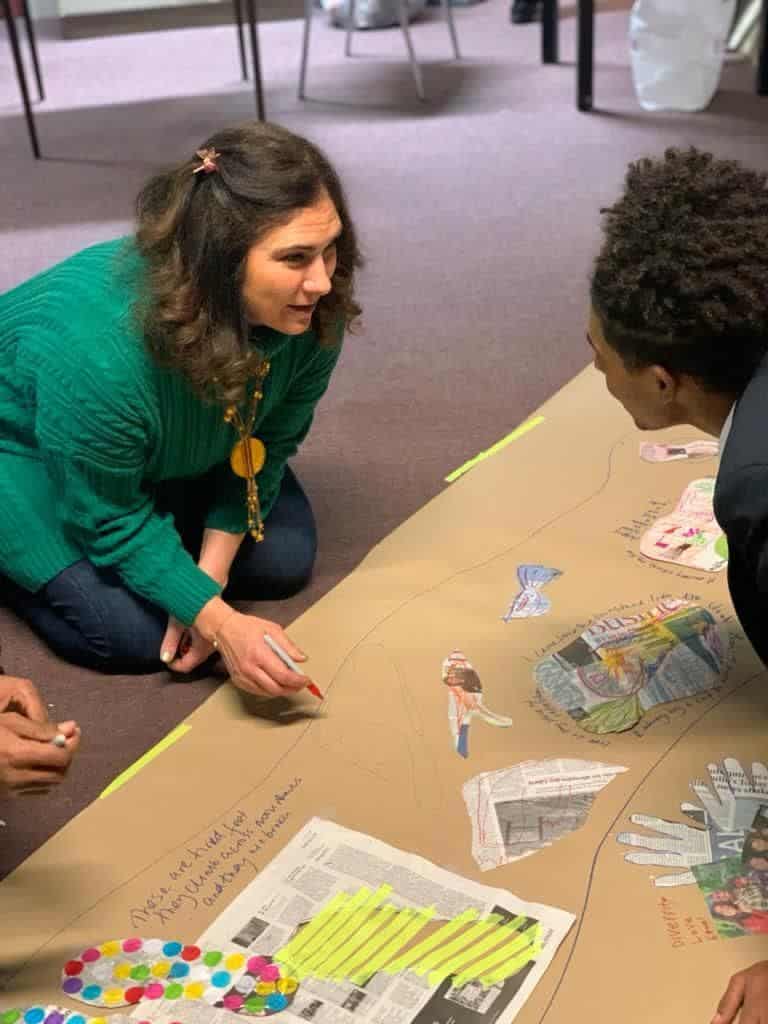 This experience influenced the visual language of the film.

“We decided to make it very beautiful and colorful because even though it’s a dark story, it’s about the interior color, and the color that we live within our own selves and the world around us,” she said.

Refugee children in Calais and their friends also literally lent their voices to the film, recording the word, “Inshallah” over the end credits.

So far, the film’s artistry and message seems to be resonating. It premiered at Cinequest Film Festival in March, where it won Best Animated Short Film and qualified for the 2022 Oscars. It has gone on to win several more awards since then.

Footsteps on the Wind is currently still running the festival circuit. You can watch it this weekend at the San Diego International Film Festival. To track its progress, you can follow the film itself, Maya Sanbar and her production company Chasing the Light Studio on Instagram