The Climate Implications of the Migrant Caravan 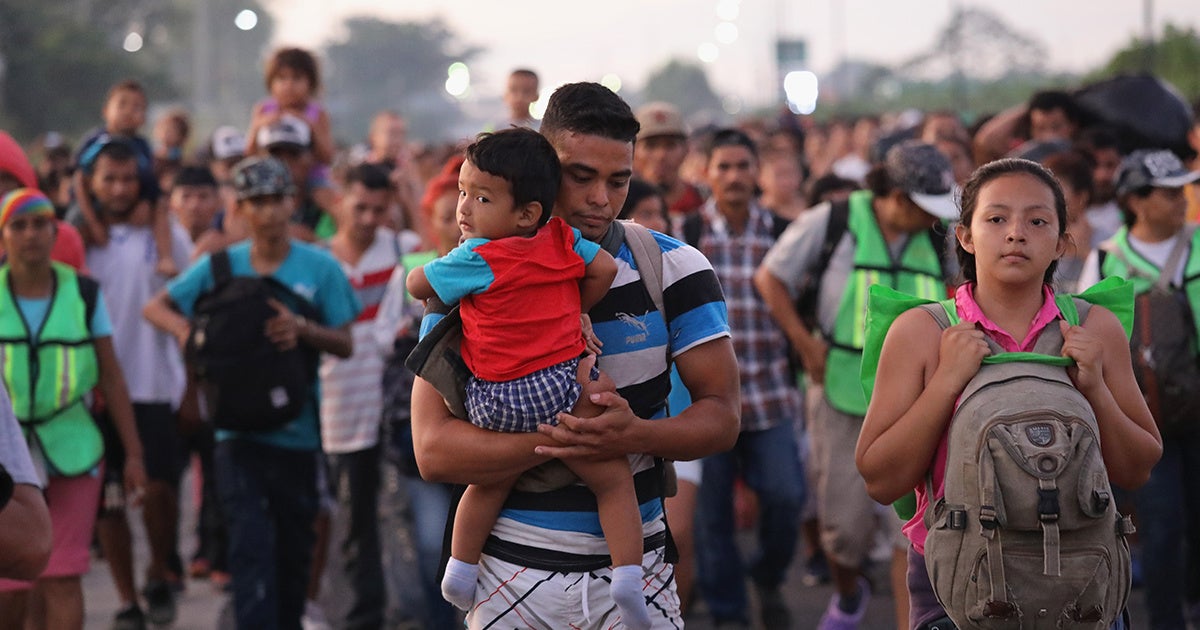 The U.S. military will send as many as 5,000 troops to the country’s Southern border to meet thousands of refugees and migrants who are traveling north through Mexico from Central America, The Independent reported Monday.

The group of thousands grew out of 160 people who gathered at a bus stop in the crime-plagued Honduran city of San Pedro Sula on Oct. 12, BBC News explained. News of the plan spread on social media, and, by the next day, the group had reached 1,000 members.

The migrants are heading north for a variety of reasons, from unemployment to violence. But one of the underlying causes is climate change.

That’s because of drought and irregular rainfall in something called the Dry Corridor, a region in the lowlands of Central America along the Pacific coast. Migration from Guatemala, Honduras and El Salvador has rapidly increased in the past 10 years, which coincides with a period of drought that has cost the three countries around 700,000 acres in corn and bean crops just this year.

A study led by the UN World Food Program found that the drought, rather than violence, was the driving factor causing people to leave the region to seek food and work elsewhere, National Geographic reported.

While scientists still don’t know how much the current drought, driven primarily by an increasingly erratic El Niño cycle, can be blamed on man-made climate change, experts with experience in the region know the current weather patterns are more extreme than in the past.

“We still have some ways to go before we can conclude scientifically that what we’re seeing now is outside the normal. But if you go out to the field and ask anybody if this is normal, everybody says no,” Center for the Study of the Environment and Biodiversity at the Universidad del Valle in Guatemala Director Edwin Castellanos told National Geographic.

“This is the worst drought we’ve ever had,” Méndez López, who saw none of the corn he planted this year flourish, told National Geographic. “We’ve lost absolutely everything. If things don’t improve, we’ll be forced to migrate somewhere else. We can’t go on like this.”

Even if the current drought is not caused by man-made climate change, future ones will be. Guatemala ranks among the 10 most vulnerable countries to the effects of climate change, according to National Geographic.

“The next migrants are going to be climate migrants,” El Salvador’s Environment and Natural Resources Minister Lina Pohl told reporters at a conference, AFP reported.

That means that the Trump administration’s militarized response to current migrants does not bode well for how it will treat the climate refugees of the future.

“A quasi-fascist policy of fear-mongering about immigration and corresponding militarization of the border is clearly the major thrust of Trump’s response to the mounting impacts of climate chaos,” Ashley Dawson, author of Extreme Cities: The Peril and Promise of Urban Life in the Age of Climate Change, told The Huffington Post.