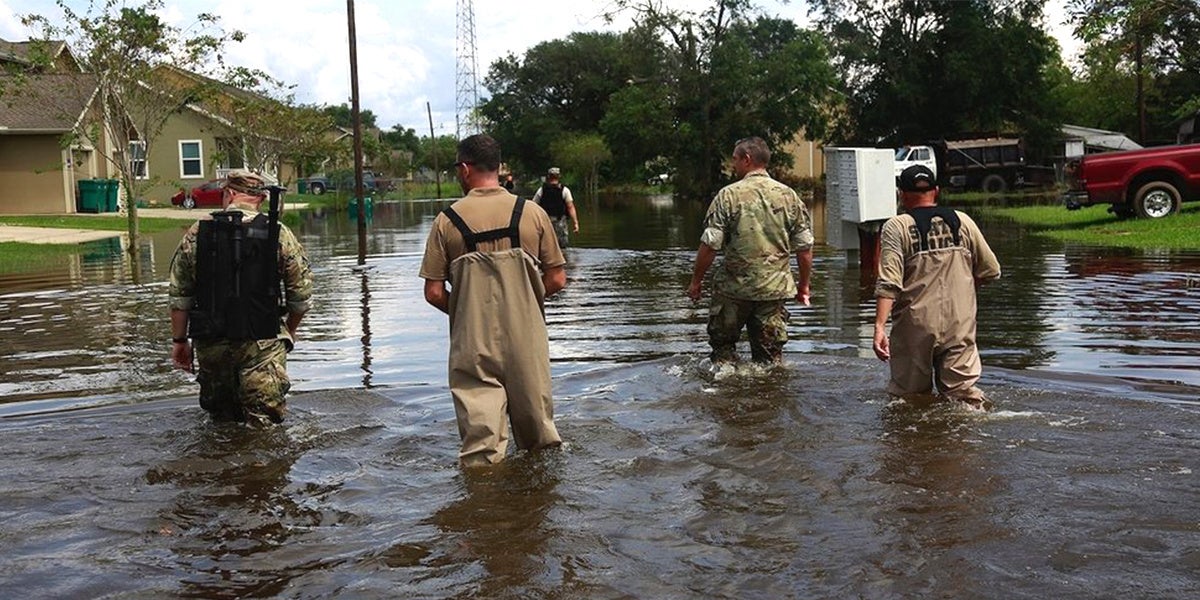 Last year,
one of the hottest years in modern history, was also the costliest year ever for weather disasters, setting the U.S. back a record-setting $306 billion in spending aid and relief cost.

But it appears the Federal Emergency Management Agency (FEMA), the agency that responds to hurricanes, flooding and wildfires, is ignoring a critical factor that exacerbates these natural disasters: climate change.

On Thursday, FEMA released its
Strategic Plan for the next four years, which replaces the Obama-era version that made repeat mentions of climate change.

The new document does not mention the terms “climate change,” “sea level rise” or even “extreme weather.” The only phrasing that comes close is “rising natural hazard risk” and “pre-disaster mitigation,” without mentioning what drives those risks.

The plan states: “Disaster costs are expected to continue to increase due to rising natural hazard risk, decaying critical infrastructure, and economic pressures that limit investments in risk resilience. As good stewards of taxpayer dollars, FEMA must ensure that our programs are fiscally sound. Additionally, we will consider new pathways to long-term disaster risk reduction, including increased investments in pre-disaster mitigation.”

In comparison, the
2014-2018 Strategic Plan from President Barack Obama’s FEMA highlighted the necessity to adapt to future climate-influenced risks:

“Scientific evidence indicates that the climate is changing and significant economic, social, and environmental consequences can be expected as a result. A changing climate is already resulting in quantifiable changes to the risks communities face, showing that future risks are not the same as those faced in the past. State, tribal, territorial, and local demands for climate-enabled risk management information and tools are expected to rise and evolve as the need to adapt to climate change increases. The emergency management community will need to adapt appropriately to these changing risks as they strengthen their risk-management programs.”

Responding to the report, FEMA Public Affairs Director William Booher told
NPR, “It is evident that this strategic plan fully incorporates future risks from all hazards regardless of cause. Building upon the foundation established by FEMA’s previous two Strategic Plans, this plan commits the agency, and the nation, to taking proactive steps to increasing pre-disaster investments in preparedness and mitigation.”

Bloomberg noted that current FEMA director Brock Long, who was appointed by President Donald Trump, has skirted around the issue of man-made climate change.

“The term climate change has become such a political hot button that, I think, it keeps us from having a real dialogue,” he told the publication last summer.

Long also told
CNN in September, “Regardless of what causes disasters, it’s our job within the Department of Homeland Security and FEMA to manage the consequences.”