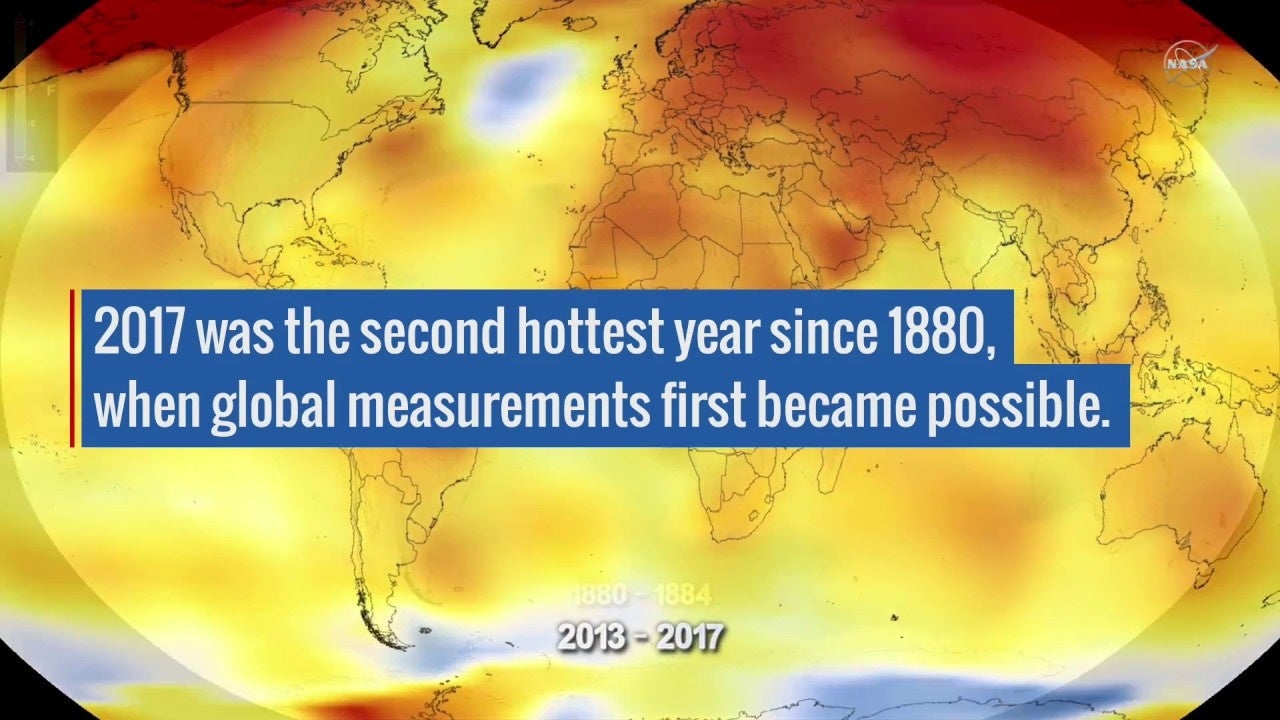 The United Nations announced Thursday that 2017 was the hottest year on record without an El Niño event kicking up global annual temperatures.

Significantly, the Paris agreement could be negatively impacted by President Donald Trump and his administration’s rash of anti-environmental policies. Trump, who famously denies climate change and wants to promote U.S. fossil fuels, plans to repeal the Clean Power Plan that limits power plant emissions and intends to withdraw the U.S. from the landmark climate accord.

The UN report was based on a consolidated analysis by the World Meteorological Organization (WMO) of five leading international datasets.

Other international organizations have also placed 2017 as either the second or third hottest year behind 2016, which happened to be bolstered by El Niño. (Warmer waters in the tropical Pacific Ocean during an El Niño can boost warming effects around the globe). On Thursday, NASA ranked last year was the second warmest since record-keeping began in 1880. The National Oceanic and Atmospheric Administration (NOAA), which uses a different analytical method, ranked it third.

However, as WMO Secretary-General Petteri Taalas pointed out, “Temperatures tell only a small part of the story.”

The long-term temperature trend is far more important than the ranking of individual years, he explained. Seventeen of the 18 warmest years on record have all been during this century.

The warming in the Arctic, which is heating up at least twice as fast as the rest of the planet, “will have profound and long-lasting repercussions on sea levels, and on weather patterns in other parts of the world,” Taalas said, noting that the warmth in 2017 was accompanied by extreme weather in many countries around the world.

“The United States of America had its most expensive year ever in terms of weather and climate disasters, whilst other countries saw their development slowed or reversed by tropical cyclones, floods and drought,” he said.

NOAA said earlier this month that weather and climate-related disasters cost a record $306 billion in 2017. The federal agency listed several noteworthy events, including the wildfires in the west, with total costs of $18 billion, tripling the previous U.S. annual wildfire cost record. The year’s string of devastating hurricanes were also very expensive. Hurricane Harvey had total costs of $125 billion. Hurricanes Maria and Irma had total costs of $90 billion and $50 billion, respectively.