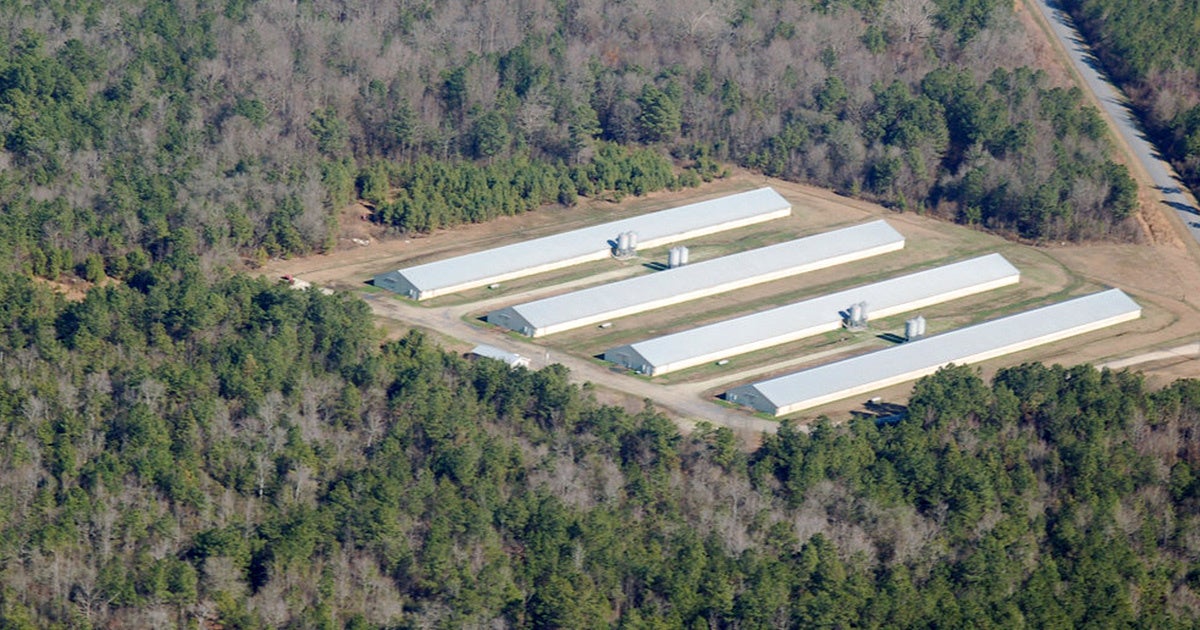 North Carolina, a state known for the devastating environmental and public health impacts of industrial-scale hog production, now has more than twice as many poultry factory farms as swine operations, according to a new investigation from the Environmental Working Group and Waterkeeper Alliance.

The analysis comes as state regulators are debating the terms of the state permit regulating waste management from swine CAFOs.

“If you’re setting standards for pig waste, you can’t ignore the recent explosive growth of the poultry industry, which has largely flown under the radar,” said Soren Rundquist, EWG director of spatial analysis.

The North Carolina Department of Environmental Quality, or DEQ, is required to update its CAFO waste permits every five years and is currently gathering public and industry input on the swine permit. The agency must consider the cumulative impact of similar operations—hogs, poultry and cattle—on the environment.

DEQ’s top CAFO regulator recently admitted to lax enforcement in the agency’s oversight of swine operations. And in 2014, the U.S. Environmental Protection Agency opened an investigation into whether the state’s management of swine facilities and their waste discriminates against African-Americans, Latinos and Native Americans, as described in this letter from EPA to the DEQ. A settlement was reached last May.

Although the state implemented a moratorium on new swine operations in 1997, the poultry industry has tripled since then—from 147 million birds to 515.3 million today.

“Most of the poultry industry operates largely with impunity,” said Will Hendrick, staff attorney for Waterkeeper Alliance. “Unfortunately, there is a lot of geographic overlap of poultry and swine operations, particularly in the coastal plain. That means North Carolina’s rivers, already choking on millions of gallons of pig manure, are now forced to cope with tons of chicken waste, as well.”

In Duplin and Sampson counties—historically the epicenter of hog pollution—nearly 82 million chickens and turkeys are now packed in among four million pigs.

People who live near or work on swine CAFOs are more likely to suffer from potentially deadly diseases like asthma, bacterial infections and high blood pressure, according to a 2018 Duke University study. In four recent federal lawsuits, juries have found in favor of North Carolina neighbors of CAFOs, although the state legislature has made such lawsuits much more difficult to file.

Nutrient pollution from the nitrogen and phosphorus found in farm animal waste can cause issues like toxic algae blooms that kill fish and other marine life, choke out native plants and contaminate drinking water. Due to the rapid growth of the industry, poultry operations are now a much larger source of nutrient pollution in North Carolina than swine farms.

Many North Carolina CAFOs are located in areas prone to flooding, especially as climate-change-related weather leads to more frequent, more severe storms. Although the 1997 hog operation moratorium was precipitated by hurricanes hammering farms in North Carolina floodplains, at least 74 poultry farms have been built in floodplains, many along three rivers—the Lumber, Neuse and Cape Fear—that flooded during both Hurricane Matthew in 2016 and Hurricane Florence in 2018.

Poultry waste, which is mixed with carcasses and bedding to form a substance called dry litter, is stored in large piles before being applied to farm fields. It can easily be blown by wind or washed by rain into nearby rivers.

“There is ample evidence factory farm pollution simply doesn’t stay on farms,” Rundquist said. “As DEQ finalizes the swine waste standards, it must account for the enormous recent growth of the poultry industry. The health of North Carolinians and their environment depend on it.”

The Storm Moved on, But North Carolina’s Hog Waste Didn’t: “It's not going to get better until we make changes. The need for action increases as climate change increases the vulnerability of the coastal area to these storms.”#cleanwater #NC @EcoWatch https://t.co/Od0epwyEb6 pic.twitter.com/V6RQUY7tAJ