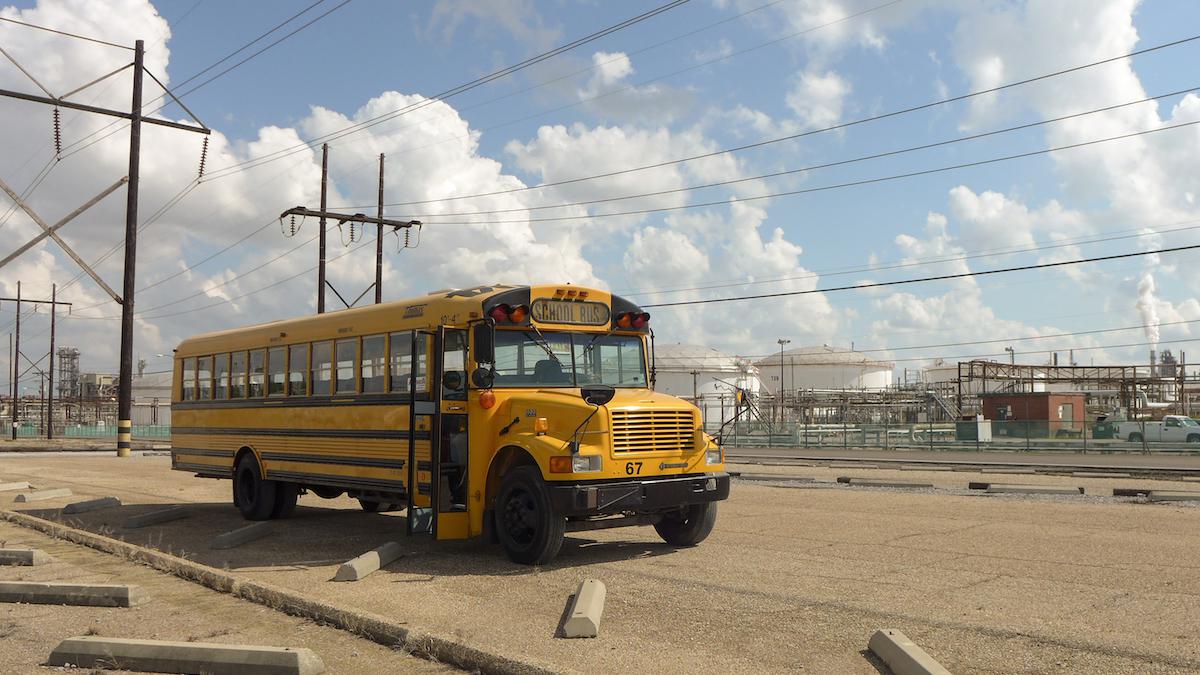 An empty school bus by a field of chemical plants in "Cancer Alley," one of the most polluted areas of the U.S. that stretches from New Orleans to Baton Rouge, where oil refineries and petrochemical plants reside alongside suburban homes. Giles Clarke / Getty Images

On his first day in office President Joe Biden started signing executive orders to reverse Trump administration policies. One sweeping directive calls for stronger action to protect public health and the environment and hold polluters accountable, including those who “disproportionately harm communities of color and low-income communities.”

To lead this effort Biden has nominated Michael Regan to head the U.S. Environmental Protection Agency (EPA). Regan, who currently heads North Carolina’s Department of Environmental Quality, would be the first Black man to serve as EPA administrator in the agency’s 50-year history. His appointment has fueled expectations that the agency will make environmental justice a top priority.

The EPA first created an Office of Environmental Justice in 1992, but I know from my research on decades of the agency’s work that it has never given the issue sustained attention. Despite activism from a growing environmental justice movement, widespread evidence that pollution over-burdens poor and minority communities, and a Clinton-era executive order that mandated federal action, the EPA has largely failed to modify its programs, policies and decision-making processes in response.

The agency’s toolkit for taking on environmental injustice is limited. Current environmental laws do not require it to craft policies to address unequal pollution burdens, and in some cases they make it difficult to do so. Several House and Senate members have introduced bills to give the EPA such a mandate, and they may try again in the new Congress. But the agency can get started before that happens.

In my view, EPA officials can advance environmental justice immediately by striving for inclusive decision-making. This means not just listening to people of color and other communities suffering from pollution burdens, but empowering them to be involved in decisions that affect their lives.

Historically the EPA has too often taken an “announce-and-defend” approach to its decisions. By giving these communities more voice, I believe the agency will make better decisions and show that it is committed to changing its historical insensitivity to environmental justice goals.

EPA enforcement has declined for many years, so the agency needs to ramp up these efforts overall. But its leaders have full discretion to target enforcement toward companies located in communities that are heavily polluted. And they can use existing resources, such as the EJSCREEN mapping tool, to help identify these communities.

EPA officials will need to coordinate these enforcement efforts with the U.S. Department of Justice, which is responsible for prosecuting cases. In addition, the EPA will need to set clear expectations that states, which do the lion’s share of enforcement, also prioritize environmental justice communities.

Another thing the EPA can do now is make better use of its authority under the Civil Rights Act of 1964. Specifically, Title VI of the Civil Right Act prohibits organizations that receive federal funds from discriminating against protected groups. This includes state and local agencies that issue permits and carry out other activities to implement federal pollution control laws.

As external assessments have shown, the EPA has an abysmal record of applying Title VI. Historically it has not been willing to make findings of discrimination, or in many cases even to conduct serious investigations of credible allegations. In one of the few exceptions, when Michigan officials approved siting the Genesee Power Station in a predominantly Black neighborhood of Flint, Michigan, over community objections, the agency’s finding that this was discriminatory came 25 years after the initial complaint.

The EPA can improve this process by opening its door to Title VI claims and handling them promptly and fairly. Doing so will show environmental justice communities that it takes their concerns seriously, and make clear to state and local agencies that discrimination is not acceptable.

Michael S. Regan, President Biden’s nominee to lead the U.S. Environmental Protection Agency, grew up near a coal-burning power plant in North Carolina and has pledged to “enact an environmental justice framework that empowers people in all communities.” NCDEQ

A fourth immediate action the EPA can take is to make it routine practice to consider environmental justice in its rule-making. President Clinton’s 1994 executive order suggested doing this, but unlike traditional cost-benefit analysis, it is not a regular part of agency decision-making.

Fortunately the EPA already has guidance that was published in 2016 showing how to do environmental justice analysis. Through more careful attention to how new rules affect low-income communities and communities of color, the agency can make its decisions more transparent and adopt policies with fewer impacts on already overburdened communities.

Achieving environmental justice is a long-term project, and the EPA is just one of many government agencies that need to change their ways before the U.S. can make progress. Eventually Congress will need to provide the EPA with new tools. Until that time, the agency can more effectively use its current authorities to get started.

David Konisky is a professor of public and environmental affairs at Indiana University.

Disclosure statement: David Konisky does not work for, consult, own shares in or receive funding from any company or organization that would benefit from this article, and has disclosed no relevant affiliations beyond their academic appointment.