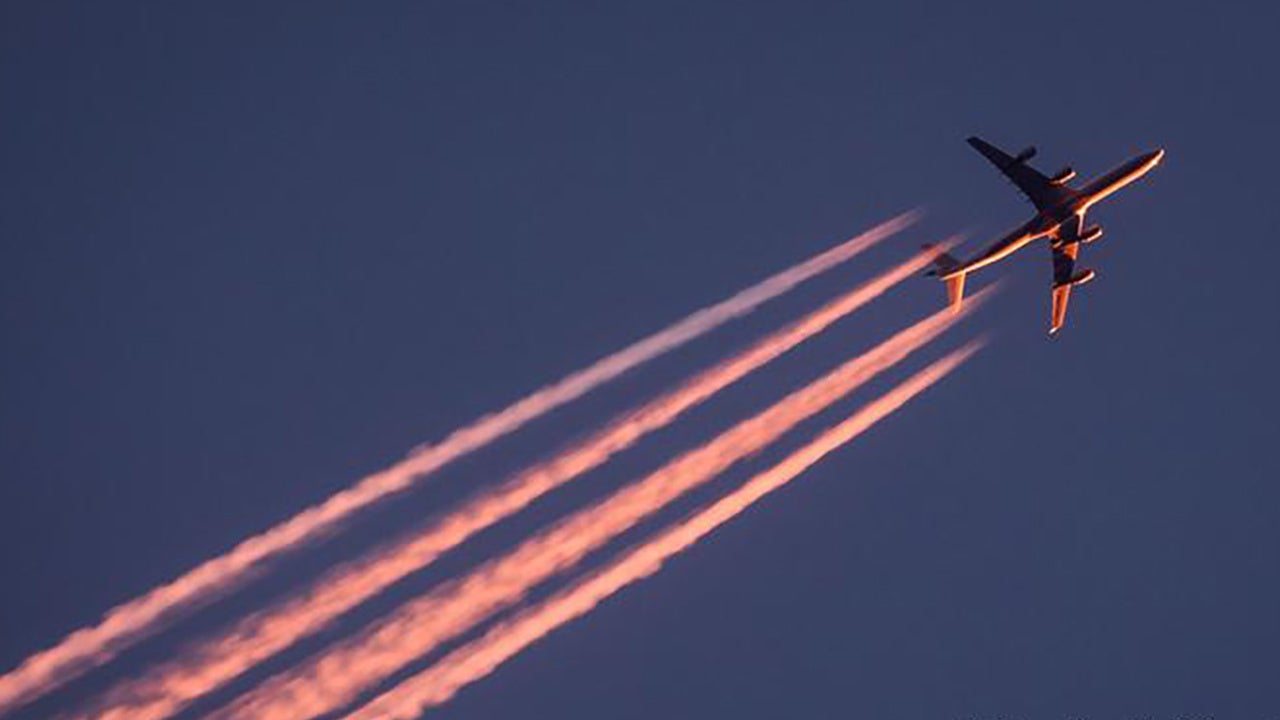 When was the last time you traveled by plane? Various researchers say as little as between 5 and 10 percent of the global population fly in a given year.

But things are changing. According to International Civil Aviation Organization (ICAO) estimates, there were 3.7 billion global air passengers in 2016 — and every year since 2009 has been a new record-breaker.

By 2035, the International Air Transport Association (IATA) predicts a rise to 7.2 billion. Like the planes themselves, the numbers just keep going up. And given the damage flying does to the planet, that is food for thought.

Not Just the CO2

Many estimates put aviation’s share of global CO2 emissions at just above 2 percent. That’s the figure the industry itself generally accepts.

But according to Stefan Gössling, a professor at Sweden’s Lund and Linnaeus universities and co-editor of the book Climate Change and Aviation: Issues, Challenges and Solutions, “That’s only half the truth.” “The sector makes a contribution to global warming that is at least twice the effect of CO2 alone,” Gössling told DW, settling on an overall contribution of 5 percent “at minimum.”

But IATA spokesperson Chris Goater told DW the science behind this so-called ‘radiative forcing’ is “unproven.”

Even if we accept the 2 percent emissions figure as final, if only 3 percent of the world’s population flew last year, that relatively small group still accounted for a disproportionate chunk of global emissions.

A few years ago, environmental group Germanwatch estimated that a single person taking one roundtrip flight from Germany to the Caribbean produces the same amount of damaging emissions as 80 average residents of Tanzania do in an entire year: around four metric tons of CO2.

“On an individual level, there is no other human activity that emits as much over such a short period of time as aviation, because it is so energy-intensive,” Gössling explained.

The WWF carbon footprint calculator is instructive in this regard. Even a serious environmentalist who eats vegan, heats using solar power and rides a bike to work, but who still take the occasional flight, wouldn’t look very green at all.

Just two hypothetical short-haul return flights and one long-haul round-trip in a given year would outweigh otherwise exemplary behavior. 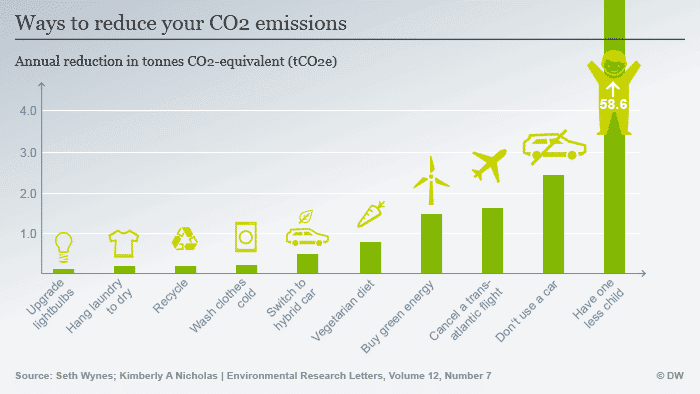 As awareness of the need to reduce our individual and collective carbon footprints in order to prevent climate catastrophe grows, several industries have come under sustained pressure to find clean solutions.

The aviation sector made its own promises — in October 2016, 191 nations agreed a UN accord which aims to cut global aviation carbon emissions to 2020 levels by 2035. Another ambitious target of that agreement is for the aviation industry to achieve a 50 percent carbon emission reduction by 2050, compared to 2005 levels.

Goater says there are four ways in which the aviation industry intends to achieve these things: through carbon offsetting in the short-term, the continued development of more efficient planes, deeper investment in sustainable fuels — such as biofuels — and through better route efficiency.

“Basically air traffic control is very inefficient,” he explained. “It creates unnecessary fuel burns and more efficient use would create a 10 percent reduction in emissions.”

He also highlights the fact that a number — albeit very few — of commercial flights are now powered with sustainable fuels every day, despite the fact that the first such flight took off less than a decade ago.

“That was something that happened much faster than anyone was expecting,” he says. The key now, in his view, is for the industry to prioritize investment in the area and for governments to commit in the same way they have to e-mobility in the automobile sector.

But Gössling and many of his peers remain unconvinced. 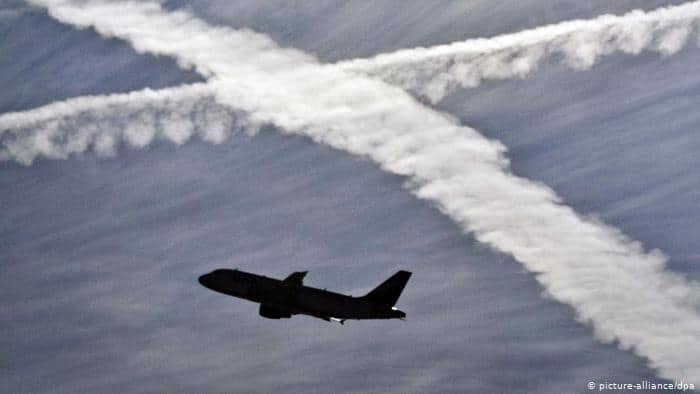 “I think that essentially we need price hikes,” he said. “We did interviews with industry leaders a few months ago and many of them agreed, secretly — they were anonymous interviews — that if we don’t have a major price hike for fossil fuels, then there is no way alternative fuels could ever make it.”

Daniel Mittler, political director of environmental NGO Greenpeace, agrees that fossil fuels need to be more expensive. “The first step is to end all fossil fuel subsidies, including those going to aviation and to properly tax the aviation industry,” he told DW.

For Goater, that is not realistic. “Fuel is already a significant proportion of an airline’s costs,” he said. “Believe me, if we could fly without oil we would.”

So what’s to be done? Gössling, who has devoted more than 20 years of research to the subject, sees only one solution.

“Do we really need to fly as much as we do, or is the amount we fly induced by the industry?” he asked. In addition to artificially low airplane ticket prices, the industry also promotes a lifestyle, he argued.

“Airline campaigns project an image where you can become part of a group of people who are young, urban frequent flyers, visiting another city every few weeks for very low costs,” he said.

Yet for Goater, the idea of dictating who can fly and when is as unrealistic as it is outdated. 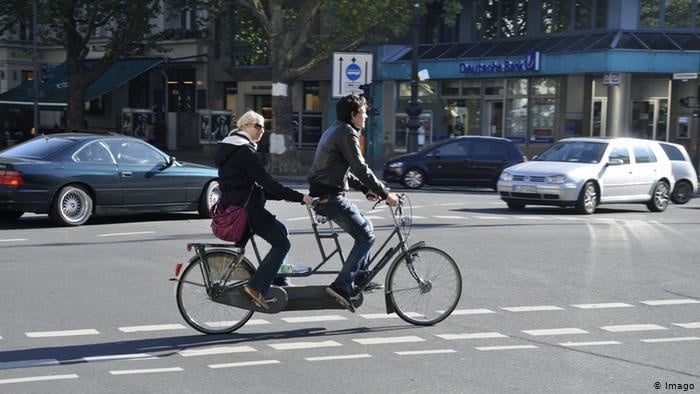 “Reducing emissions needs to be balanced with allowing people the opportunity to fly — I believe that’s a settled consensus amongst the mainstream for many years,” he said. “It’s not up to people in one part of the world to take it on themselves to deny people in other parts of the world those opportunities.”

For Mittler, it comes down to individual choice as much as anything else and he believes that while efficiency gains are vital, the first step is to reduce the amount we fly.

“We need to move towards a more sharing and caring way of living on this planet,” he said, adding that doing without the weekend shop in New York might be one of the least painful ways of contributing to that.