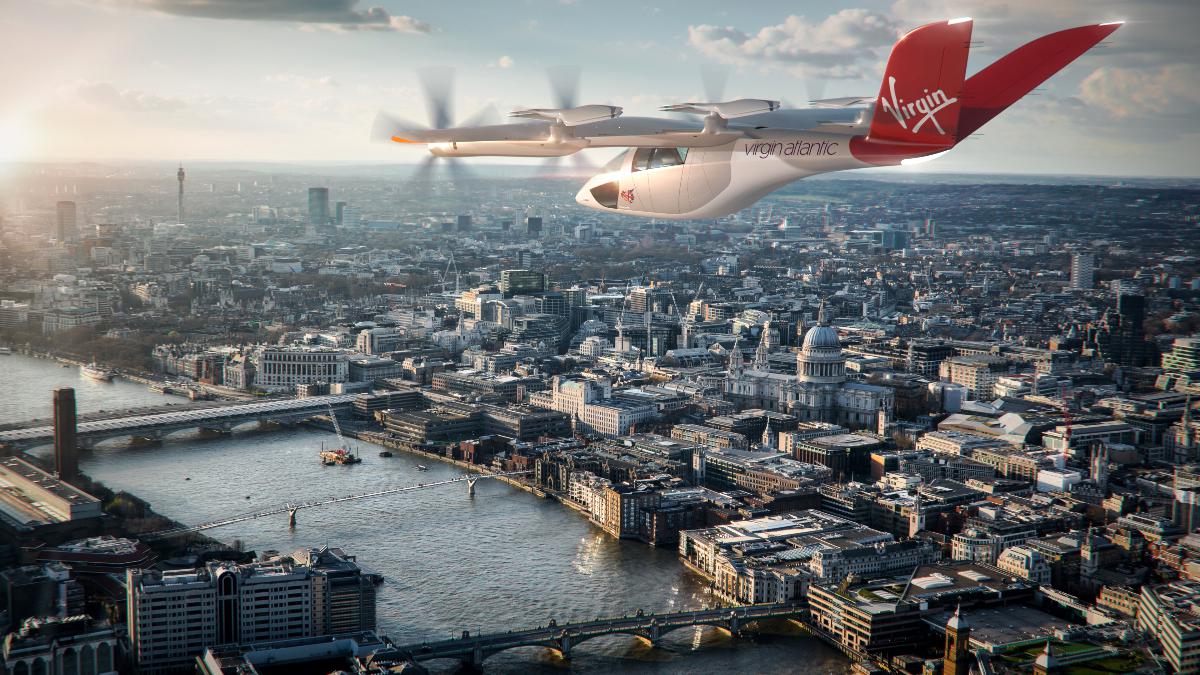 Flying taxis to help you skip a morning traffic jam? Sounds like a thing of the future, but the future might be closer than you think.

The startup created a zero-emissions vertical takeoff aircraft called the VA-X4 that can travel over 200 miles per hour and be “near-silent” in flight, the company said, CNN reported. A prototype of the electric Vertical Take-Off and Landing (eVTOL) with a range of over 100 miles is currently in production and has its first test flight planned for later this year.

The company’s mission to make air travel personal, on-demand and carbon-free eVTOLs like the X4 has the potential to transform both short, on-demand travel within cities that is currently accomplished via taxis and longer, medium-haul regional travel, Fitzpatrick told Yahoo! Finance. He estimated that a trip from downtown Los Angeles to LAX or from JFK International Airport to Manhattan would last only 12 minutes and cost roughly $40. Partners are already discussing commercial flight potentials out of large airports such as London Heathrow and Gatwick.

Rolls-Royce, the leading supplier of all-electric and hybrid-electric power and propulsion systems for aviation, will provide the electric engines. Honeywell, a leader in avionics and flight control systems, developed customized, state-of-the-art technology in the new flight vehicles. 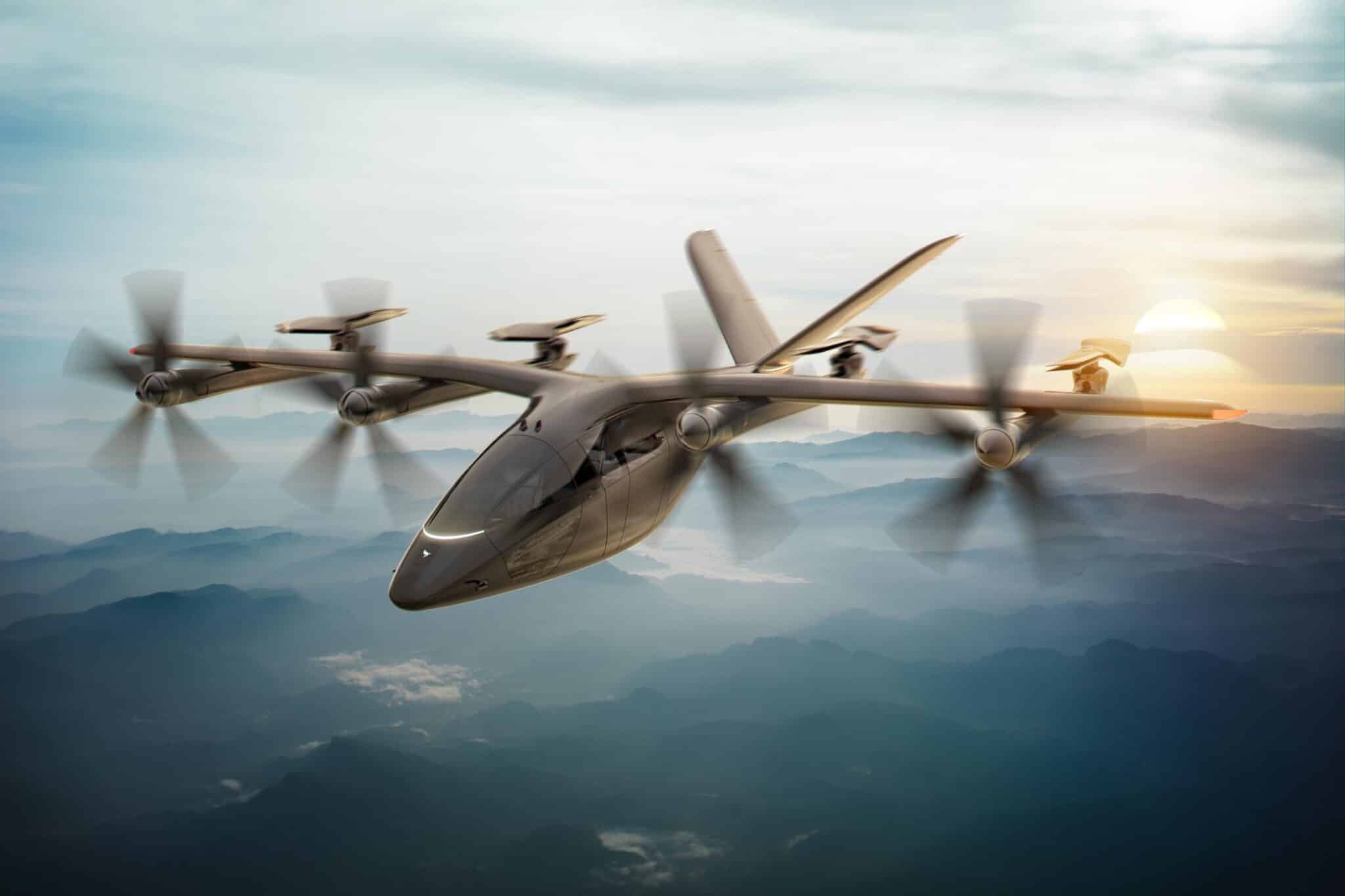 The VA-X4 prototype is electric and aerodynamic, which allows it to use far less energy than an airplane or a helicopter. Vertical Aerospace

According to CNN, Fitzpatrick also founded Ovo Group, which owns the UK’s second-biggest energy retailer. The energy transition from fossil fuels to zero-carbon energy supplies is the “biggest challenge facing humanity today,” the energy-tech entrepeneur said in a statement. At scale, the synergy of his two companies may actually help reduce the negative environmental impact of flying, which currently rates as one of the most detrimental activities for air quality and the climate.

“On an individual level, there is no other human activity that emits as much over such a short period of time as aviation, because it is so energy-intensive,” said Stefan Gössling, co-editor of the book Climate Change and Aviation: Issues, Challenges and Solutions.

BBC estimated that aviation is responsible for around 2.4 percent of global carbon emissions and around 5 percent of global warming, due to nitrous oxides, water vapor, particulates and other airplane emissions that also have a warming effect. Other estimates place this figure between five and nine percent.

The relatively “small” aviation industry and an even smaller portion of the world that flies has been accused of having a disproportionately large, negative impact on the climate crisis. Climate justice advocates note that the flying populations are not the ones who will suffer the most from the climate crisis. These are some of the issues that Vertical Aerospace hopes to tackle.

“I love travelling. I love flying to new places. It cannot be that the way we’re going to solve climate change is by asking everybody to do less, to travel less, to turn back time and forgo some of the advantages that technology has brought us,” Fitzpatrick said. “I think that when people start to understand just how much better these vehicles are than what we have today, it’s going to completely change how people think about flying through the skies.”

“If we focus on finding the solutions, this will drive us towards the electrification of flight,” he added. “This is the most exciting time in aviation for almost a century. Electrification will transform flying in the 21st century in the same way the jet engine did 70 years ago,” he told CNN.

Each aircraft is worth as much as $4 billion, and Vertical Aerospace already has pre-orders for up to 1,000 VA-X4s, CNN reported. 250 of those will go to American Airlines, with an option for an additional 100. Virgin Atlantic has a pre-order option for up to 150, and Dublin-based aircraft leasing company Avolon has pre-orders and options for 500 of the new-age taxis.

“Our order with Vertical will… accelerate the inevitable commercial roll-out of zero emissions aircraft,” CEO of Avolon Dómhnal Slattery said in the press release. “Before the end of this decade, we expect zero emission urban air mobility, enabled by eVTOLs, to play an increasingly important role in the global commercial aviation market.”

The United Kingdom is already a global leader in aerospace innovation, Fitzpatrick noted. Unrelated blimp prototypes in the UK are similarly aiming to make air travel more environmentally-friendly and accessible.

“We’re doing more than just developing an aircraft, we’re actually creating an industry together,” Mike Madsen, president and CEO of Honeywell Aerospace said in the statement.

According to Yahoo! Finance, Vertical Aerospace has secured several key partnerships and plans to list on the New York Stock Exchange after a merger with Broadstone Acquisition Corp, a special purpose acquisition company (SPAC), later this year. The latter was attracted to Vertical’s highly commercial approach and clear route to market, the joint press release noted.

Hugh Osmond, chairman of Broadstone, said, “Transportation is one of the next big sectors of the global economy to be disrupted at scale. Vertical has a clear commercial plan to challenge short-haul air travel, and to create new markets where neither cars nor public transport can cope with demand.”

According to CNN, Vertical believes the X4 will secure the same level of certification from the European Union Aviation Safety Agency as large commercial airliners, allowing production at scale. Commercial operations are slated to begin in 2024.

“This is probably the first commercial aircraft that most people will fly on that will have a zero carbon footprint, Fitzpatrick said. “We’re going to look back at a time when we didn’t have these vehicles flying over our skies. I think in five or six years’ time, we’ll be looking back thinking, ‘I can’t believe we didn’t have this.'”