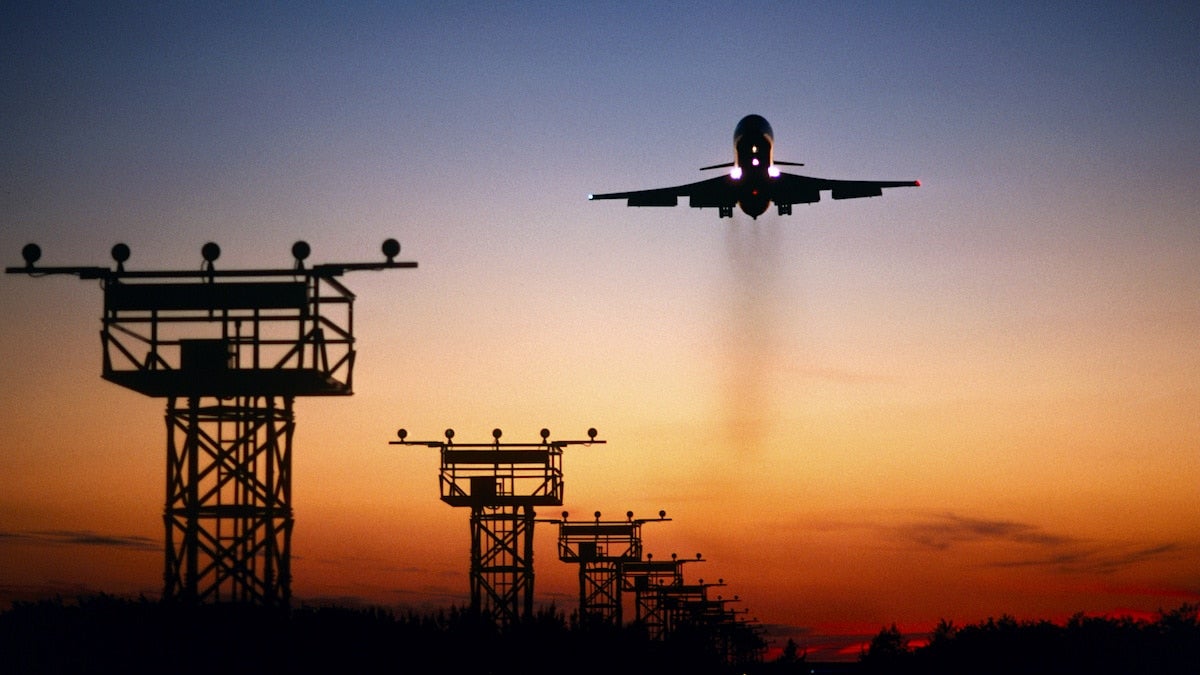 A Boeing 727 flies over approach-lights with a trail of black-smoke from the engines on April 9, 2018. aviation-images.com / Universal Images Group via Getty Images

A new international study that used unprecedented calculations to pinpoint how much global air travel contributes to the heating of the atmosphere found that aviation makes up 3.5 percent of all the activities that contribute to the climate crisis, according to the University of Reading in the UK where some of the research was conducted.

It turns out that in the last 20 years, air travel has doubled its contribution as a driver of the climate crisis.

“It is growing so rapidly,” said David Lee at Manchester Metropolitan University in the UK, as The New Scientist reported. “It’s just astonishing.”

“It’s not going to make much difference in the long term,” Lee said, according to The New Scientist.

The paper, published in Atmospheric Environment, was a collaboration of international scientists. The researchers took the most comprehensive look to date at the various components of air travel, from the use of carbon dioxide and nitrogen oxide, to the effect that the white contrails behind a jet engine have on absorbing sunlight.

It turns out that those contrails along with a mix of water vapor, nitrogen oxide, aerosol gases and soot make up two-thirds of the environmental impact, according to the National Oceanic and Atmospheric Administration. The remaining one-third is attributed to the cumulative effect of greenhouse gases like carbon dioxide.

“The biggest problem underlying aviation is basically the public’s desire to fly,” said Lee, as CGTN in Beijing, China reported. “The problem with aviation is that it’s highly dependent on liquid fossil fuel, kerosene, to power aircraft. So if we continue to depend on fossil fuel for powering an aircraft, it will become a much larger percentage of total emissions over time.”

The five-year study is the first of its kind to use a complete set of calculations that employs a new metric introduced by the Intergovernmental Panel on Climate Change in 2013.

The new metric is called “effective radiative forcing,” or ERF, according to the University of Reading. It is a complicated measurement of the energy coming from the sun that compares it with the energy emitted from Earth. It also looks at how the metric compares to the balance of that ratio before industrialization.

“The new study means that aviation’s impact on climate change can be compared with other sectors such as maritime shipping, ground transportation and energy generation as it has a consistent set of ERF measurements,” said Lee in a statement.

“It’s the growth that is the real feature,” said Lee, as The New Scientist reported. “It is rising quite dramatically.”