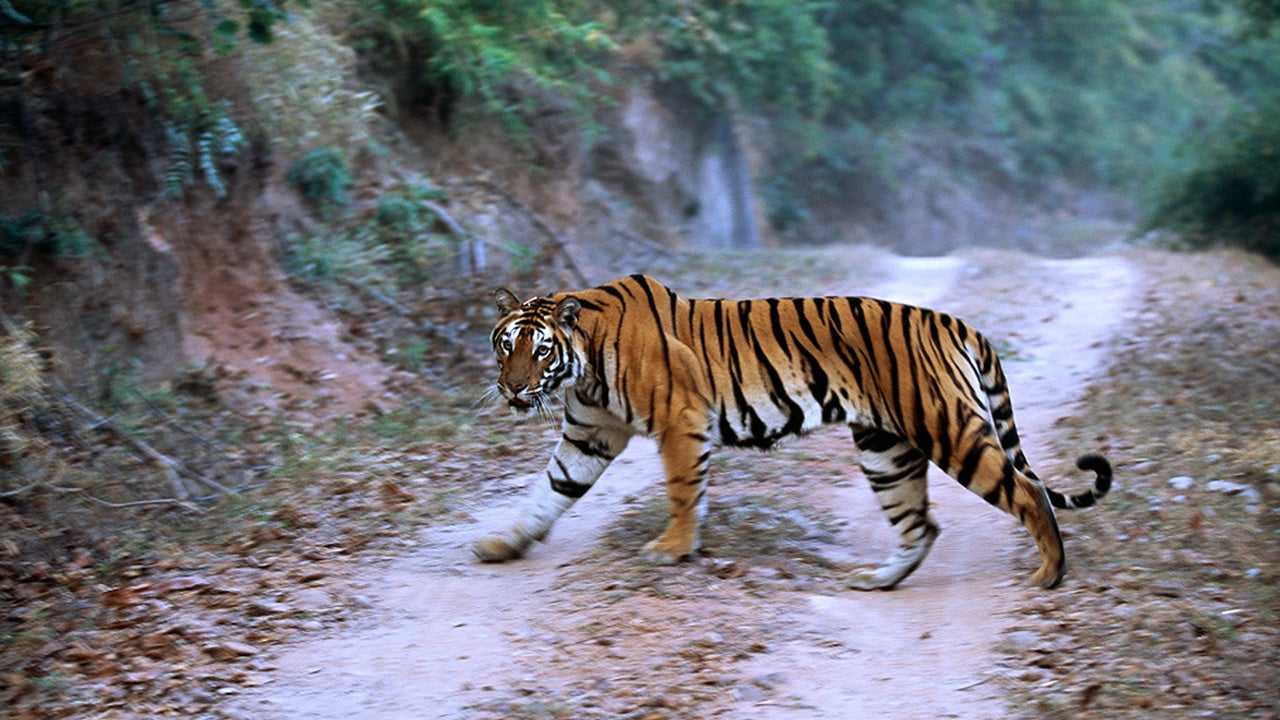 Tigers are one of the world’s most iconic wild species, but today they are endangered throughout Asia. They once roamed across much of this region, but widespread habitat loss, prey depletion and poaching have reduced their numbers to only about 4,000 individuals. They live in small pockets of habitat across South and Southeast Asia, as well as the Russian Far East — an area spanning 13 countries and 450,000 square miles (1,160,000 square kilometers).

Today Asia is experiencing a road-building boom. To maintain economic growth, development experts estimate that the region will need to invest about US$8.4 trillion in transportation infrastructure between 2016 and 2030.

Major investment projects, such as China’s Belt and Road Initiative — one of the largest infrastructure projects of all time — are fueling this growth. While roads can reduce poverty, especially in rural areas, many of Asia’s new roads also are likely to traverse regions that are home to diverse plants and animals.

To protect tigers from this surge of road building, conservation scientists like me need to know where the greatest risks are. That information, in turn, can improve road planning in the future.

In a newly published study, I worked with researchers at the University of Michigan, Boise State University and the University of British Columbia to examine how existing and planned Asian roads encroach on tiger habitats. We forecast that nearly 15,000 miles (24,000 kilometers) of new roads will be built in tiger habitats by 2050, and call for bold new planning strategies that prioritize biodiversity conservation and sustainable road development across large landscapes.

Road construction worsens existing threats to tigers, such as poaching and development, by paving the way for human intrusion into the heart of the tiger’s range. For example, in the Russian Far East, roads have led to higher tiger mortality due to increased collisions with vehicles and more encounters with poachers.

To assess this threat across Asia, we focused on areas called Tiger Conservation Landscapes — 76 zones, scattered across the tiger’s range, which conservationists see as crucial for the species’ recovery. For each zone we calculated road density, distance to the nearest road and relative mean species abundance, which estimates the numbers of mammals in areas near roads compared to areas far from roads. Mean species abundance is our best proxy for estimating how roads affect numbers of mammals, like tigers and their prey, across broad scales.

We also used future projections of road building in each country to forecast the length of new roads that might be built in tiger habitats by 2050.

We estimated that more than 83,300 miles (134,000 kilometers) of roads already exist within tiger habitats. This is likely an underestimate, since many logging or local roads are missing from the global data set that we used.

Protected areas and priority conservation sites — areas with large populations of tigers — are not immune either. For example, in India — home to more than 70% of the world’s tigers — we estimate that a protected area of 500 square miles, or 1,300 square kilometers, contains about 200 miles (320 kilometers) of road.

Road networks are expansive. More than 40% of areas where tiger breeding has recently been detected — crucial to tiger population growth — is within just 3 miles (5 kilometers) of a nearby road. This is problematic because mammals often are less abundant this close to roads.

In fact, we estimate that current road networks within tiger habitats may be reducing local populations of tigers and their prey by about 20%. That’s a major decrease for a species on the brink of extinction. And the threats from roads are likely to become more severe.

Our findings underscore the need for planning development in ways that interfere as minimally as possible with tiger habitat. Multilateral development banks and massive ventures like the Belt and Road Initiative can be important partners in this endeavor. For example, they could help establish an international network of protected areas and habitat corridors to safeguard tigers and many other wild species from road impacts.

National laws can also do more to promote tiger-friendly infrastructure planning. This includes keeping road development away from priority tiger populations and other “no go” zones, such as tiger reserves or habitat corridors.

Zoning can be used around infrastructure to prevent settlement growth and forest loss. Environmental impact assessments for road projects can do a better job of assessing how new roads might exacerbate hunting and poaching pressure on tigers and their prey.

Funding agencies need to screen proposed road developments using these tiger-friendly criteria before planners finalize decisions on road design, siting and construction. Otherwise, it might be too late to influence road planning.

There are also opportunities to reduce the negative effects of existing roads on tigers. They include closing roads to vehicular traffic at night, decommissioning existing roads in areas with important tiger populations, adding road signs announcing the presence of tigers and constructing wildlife crossings to allow tigers and other wildlife to move freely through the landscape.

Roads will become more pervasive features in Asian ecosystems as these nations develop. In my view, now is the time to tackle this mounting challenge to Asian biodiversity, including tigers, through research, national and international collaborations and strong political leadership.