A Conservationist’s Guide to “Tiger King”: Keep Wildlife in the Wild 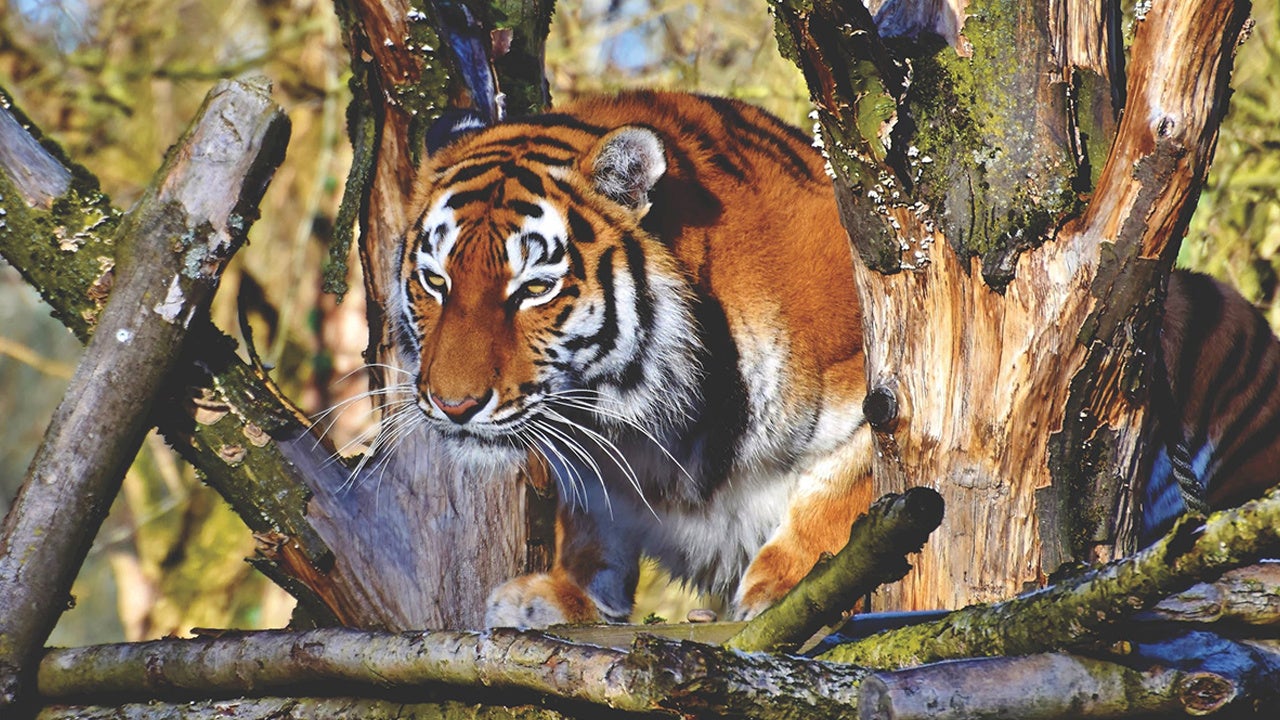 It is pretty amazing that in this moment when the COVID-19 outbreak has much of the country holed up in their homes binging Netflix, the most watched show in America over the last few weeks has been focused on wildlife trade — which scientists believe is the source of the COVID-19 pandemic. Make no mistake: Tiger King: Murder, Mayhem and Madness is about wildlife trade and other aspects of wildlife exploitation, just as surely as the appearance of Ebola, SARS, MERS, avian flu and probably COVID-19 in humans is a result of wildlife exploitation. As a conservationist, this is one of the things I’ve been thinking about while watching Tiger King. Here are five more:

1. We are in a biodiversity crisis.

A million plant and animal species are threatened with extinction, many within decades, including tigers. The leading drivers of species decline and the impending collapse of ecosystems are ocean and land use changes (like converting wildlands into other uses, usually agricultural) and the direct exploitation of species (like taking animals out of the wild for eating, “medicinal” purposes, or status motives). It is for these exact reasons that there are more tigers in cages in the United States than there are in the wild. Developers continue to destroy tiger habitat and, in the not-so-distant past, hunters shot and killed tigers for sport or for trade in tiger products (and some still do illegally).

2. We must fundamentally change our relationship to nature.

Transformative change is necessary to limit species extinctions and secure human well-being (functioning ecosystems provide the clean air, clean water, carbon sequestration, flood control, healthy soils, pollination of plants and healthy coastal waters humans need to survive). Transformative change in this context means “a fundamental, system-wide reorganization across technological, economic, and social factors, including paradigms, goals, and values.” We aren’t going to halt the loss of species and strengthen ecosystems if we continue to treat wild plants and animals as expendable and renewable resources that we can use however we want. The tigers and other animals in Tiger King are exploited for profit and personal interests. Regardless of how they may be respected, coveted, or cared for, they are still treated as exploitable objects, which reinforces other destructive attitudes toward nature. A tiger cub is something to be held and photographed, a wetland is something to be filled and built upon, a rhino is something to be killed so we can use its horn for fake medicine. It’s a view of nature as being in service to human wants, an attitude that is destroying our planet and one that must change.

3. Most wildlife trade should be banned and we should protect more wild places.

As noted above, ocean and land use changes and direct exploitation of species are causing an extinction crisis and threaten the ecosystems we depend on for human well-being. In line with our exploitative mindset, we’ve been stuck for centuries with economic and social patterns that allow unfettered use of wild places and wildlife until there’s a problem. We need to flip that model on its head and only use wild places and wildlife if we can affirmatively demonstrate that such use won’t contribute to the biodiversity and climate crisis. Tigers and the other animals appearing in Tiger King wouldn’t be endangered today and wouldn’t require “sanctuaries” if we hadn’t destroyed their habitat and taken them from the wild for food, pets, “medicine” and trophies.

To set things right, we should ban most wildlife trade and protect more of the natural world. I say “most” wildlife trade to account for the exception of well-managed fisheries. NRDC has long sought to limit irresponsible wildlife trade (fighting for imperiled species internationally, supporting state efforts to limit trade, providing recommendations to China on revisions to its wildlife law), and now we must go further by banning most trade. In addition, we should support efforts to set aside vast swaths of ocean, land and terrestrial water to rebalance the functioning of our natural world. That’s why NRDC and others support an initial call of protecting 30 percent of the world’s oceans, lands and water areas by 2030. In China, we’re protecting areas in a way that helps tigers by supporting the government’s development of a National Park system, with targeted efforts on one of its pilot parks, the Northeast Tiger and Leopard National Park, which provides an important habitat for China’s struggling populations of Amur tigers and leopards.

A lot of so-called sanctuaries are dumpster fires; they serve no purpose other than exploitation of animals for profit, and the animals suffer needlessly. It doesn’t look like the Greater Wynnewood Exotic Animal Park — the park formerly owned by Joe Exotic — is a sanctuary, though it styles itself as being one, so the public may be confused. According to the International Fund for Animal Welfare, legitimate sanctuaries “do not breed, allow public contact with, sell, or otherwise exploit the animals that they take in.” Legitimate sanctuaries can play an important role in saving imperiled species, promoting animal welfare, and educating the public. But those that do not meet strict standards are part of the problem, not the solution. The Global Federation of Animal Sanctuaries (GFAS) provides accreditation for sanctuaries that abide by a set of policies, including the maintenance of a nonprofit/noncommercial status. Big Cat Rescue, which is featured in the Tiger King series, “has held GFAS Accreditation status since 2009.”

5. Changing our relationship to nature must include a just transition.

Throughout the world and in the United States, millions of people use nature in destructive ways for their livelihoods. I don’t say this with judgement; often, people are just doing what we’ve always done — business as usual — which is unfortunately destroying the planet. Workers in the fossil fuel industry, fishermen in unsustainable fisheries, clearcutters in the tropics and boreal forests, and even people working at fake sanctuaries depend on the current system of exploiting nature to provide for themselves and their families. Unfortunately, it’s at the expense of other people who depend on healthy, thriving ecosystems for their livelihoods and at the expense of human well-being overall. If we want to succeed in charting a new path for our planet, we must commit to making people and communities whole. The rampant exploitation appearing on the screen in Tiger King isn’t just of wildlife — it is also of many desperate people brutalized by a political and economic system providing few options. We’re not going to successfully realign our relationship with nature if we don’t provide the necessary support for people and communities to transition to more sustainable, ethical means of providing for themselves and their families.

So, watch Tiger King and see if for you, like me, it informs the horror of the current moment, then maybe think about building a different world when we come out of this — a vibrant, natural world filled with wildlife and wonder, where we orient ourselves around preserving nature, not exploiting it, and embark on a new human journey.