In ‘Conservation Disaster,’ Hundreds of Botswana’s Elephants Are Dying From Mysterious Cause 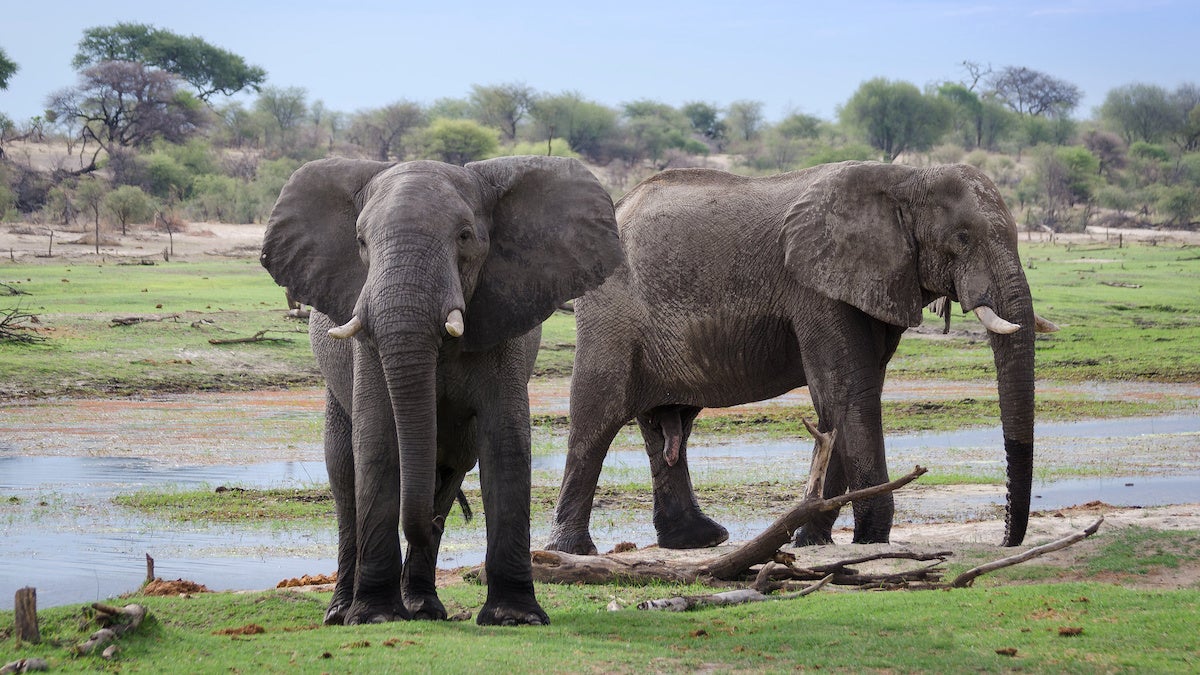 More than 350 elephants have died in Botswana since May, and no one knows why.

Poaching has been ruled out, because no tusks have been removed from the elephants’ bodies, but it is possible the animals are dying of a disease that could spread to the human population.

“Yes, it is a conservation disaster — but it also has the potential to be a public health crisis,” National Park Rescue Director of Conservation Dr. Niall McCann told BBC News.

A catastrophic die-off of elephants is happing in northern Botswana, and no one knows why. It’s vital that a team of independent experts visit and sample the carcasses before any more elephants die, or this spills over into the local human population. https://t.co/sfxfSOHDkd

Botswana’s tourism ministry first said that it was investigating the deaths in mid-May, when 12 dead elephants were found over two weekends in the country’s Okavango Delta, Phys.org reported at the time.

By the end of May, 169 elephants had died, and that number had more than doubled by mid-June, The Guardian reported.

“This is totally unprecedented in terms of numbers of elephants dying in a single event unrelated to drought,” McCann told BBC News.

But despite the scale of the deaths, the government has not yet completed testing of the animals to determine the cause, earning the criticism of conservation groups.

“There is real concern regarding the delay in getting the samples to an accredited laboratory for testing in order to identify the problem — and then take measures to mitigate it,” Environmental Investigation Agency Executive Director Mary Rice told The Guardian. “The lack of urgency is of real concern and does not reflect the actions of a responsible custodian. There have been repeated offers of help from private stakeholders to facilitate urgent testing which appear to have fallen on deaf ears … and the increasing numbers are, frankly, shocking.”

The government, meanwhile, attributed the delay to the coronavirus pandemic.

“We have sent [samples] off for testing and we are expecting the results over the next couple of weeks or so,” Dr. Cyril Taolo, acting director for Botswana’s department of wildlife and national parks, told The Guardian. “The Covid-19 restrictions have not helped in the transportation of samples in the region and around the world. We’re now beginning to emerge from that and that is why we are now in a position to send the samples to other laboratories.”

Taolo said the government had confirmed 280 out of 350 reported deaths and is working to confirm the rest.

Local reports indicate that animals of all ages and sexes are dying, with some spotted wandering in circles, a sign of neurological damage. The cause is likely a poison or disease, but experts are not sure which.

More than 100 elephants died in October 2019 in a suspected anthrax outbreak, Phys.org reported, but McCann told BBC News he had tentatively ruled out anthrax as the cause of the most recent deaths. Cyanide poisoning used by poachers is another possibility, but scavengers are not dying after eating the carcasses, The Guardian pointed out.

“It is only elephants that are dying and nothing else,” McCann told BBC News. “If it was cyanide used by poachers, you would expect to see other deaths.”

Botswana hosts the world’s largest elephant population at more than 135,000 animals, about a third of all the elephants in Africa, Phys.org pointed out. The Okavango Delta, meanwhile, is home to 10 percent of Botswana’s total population, or around 15,000 animals. African elephants are considered vulnerable by the International Union for Conservation of Nature Red List. Botswana was considered one of the safest countries for elephants until recently, Science Alert pointed out. But the government made a controversial decision to lift its elephant hunting ban in May of 2019, and poaching is on the rise. An Elephants Without Borders study published in Current Biology last year found that new elephant carcasses in northern Botswana had increased by 593 percent between 2014 and 2018 and that at least 385 elephants had been poached between 2017 and 2018.