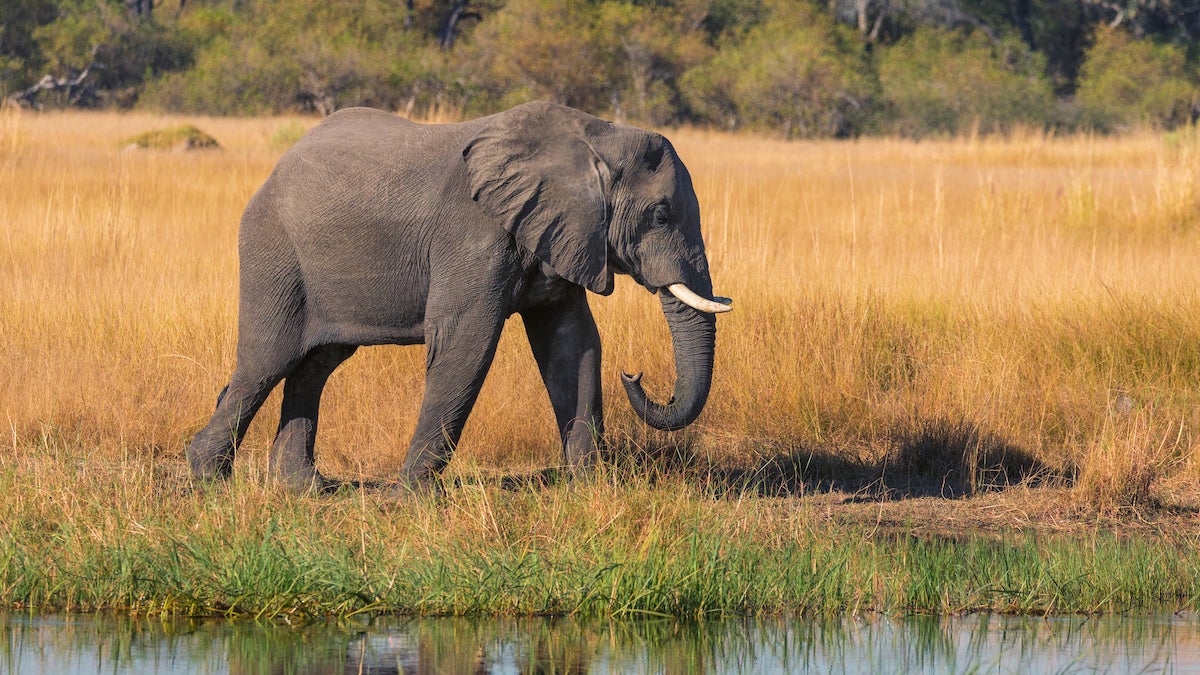 An elephant in the Okavango Delta, Botswana, on June 15, 2018. Michael Levine-Clark / Flickr

Botswana held its first auction of licenses to hunt elephants Friday since President Mokgweetsi Masisi lifted a five-year ban on the controversial practice in May of 2019.

Masisi’s government has argued that legal hunting is necessary to reduce conflict between elephants and humans, but some conservationists fear that reintroducing the practice could actually encourage more illegal poaching, Reuters reported.

“SHAME ON YOU President Masisi, we will not forget,” human and animal rights group the EMS Foundation tweeted in response to Friday’s auction.

The government was prepared to auction off seven hunting packages permitting the killing of ten elephants each. However, only six bidders were able to put down the reserve fee of 2 million pula (1,000), according to Reuters. The packets were purchased by expedition operators who will sell them to trophy hunters at a markup, HuffPost explained. Most trophy hunters who come to southern Africa are from the U.S., and Botswana will allow foreign hunters to shoot 202 of its 272-elephant quota for the year, as well as to export the trophies. The hunting season will officially begin in April, according to The Washington Post.

Elephant numbers in Africa as a whole have fallen by more than two thirds since 1979, from 1.3 million to only 415,000 in 2015, according to HuffPost. In Botswana, however, the animals’ population has been on the rise, increasing from 80,000 in the late 1990s to 130,000 today, Reuters reported. The country now hosts nearly a third of Africa’s elephants.

Botswana’s previous president Ian Khama instituted a ban on hunting elephants in 2014, according to AFP. But Masisi has turned lifting the ban into a political issue, The Washington Post explained. Rural residents are frustrated with elephants who enter villages and trample crops, and feel that conservationists are mostly foreigners who funnel the proceeds from wildlife tourism away from the local economy.

“Elephants have killed a lot of people and destroyed livelihoods. I think government is doing the right thing in reducing their numbers,” Tiro Segosebe, who lives in the capital of Gaborone but whose home village is in one of the areas most impacted by human-elephant conflict, told Reuters.

However, conservation groups argue that hunting is not an effective means of curbing conflict between elephants and humans, and that the proceeds from hunting won’t actually benefit rural villages. Rosemary Alles, co-founder and president of the Global March for Elephants and Rhinos, explained the problems with Masisi’s approach to The Independent:

“Studies have shown that local communities do not reap the benefits that they are promised from the hunting industry.

“Killing 272 elephants in Botswana will not control elephant numbers, it will not reduce human-elephant conflict and will not create jobs in areas where opportunities are scarce.

“I have been against hunting because it represents a mentality (of) those who support it, to exploit nature for self interest that has brought about the extinction of many species worldwide,” he told AFP.