Africa’s Elephants Are Two Different Species, and Both Are Endangered 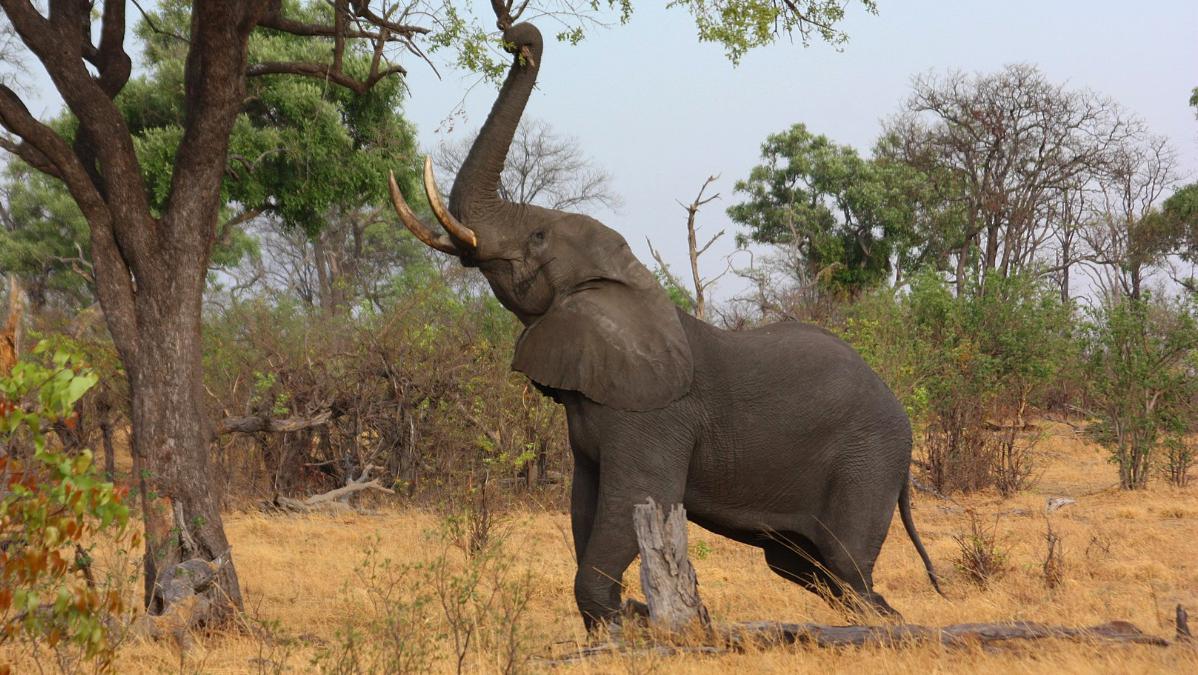 Africa’s elephants are in trouble, and human activity is to blame.

With today's update, there are now 134,425 species on the IUCN Red List, of which 37,480 are threatened with extinction: https://t.co/dr0ZgCZ28N pic.twitter.com/HzrbrUxbxR

The last time that the IUCN assessed Africa’s elephant population was in 2008, The New York Times reported. At that point, all of Africa’s elephants were considered as a single species, and were listed as “vulnerable,” one step better than endangered.

However, mounting genetic evidence indicates that there are two species of elephants on the continent. Africa’s forest elephants typically live in West Africa and in tropical rainforests in Central Africa, IUCN pointed out. Savanna elephants prefer open areas like grasslands and deserts. The two species’ ranges rarely overlap, and a 2019 study found that they rarely reproduce with each other.

There are also physical and life-cycle differences between the two species, according to The Guardian. Forest elephants are smaller, gestate longer, and have oval ears and smaller tusks. Savanna elephants live in larger family units, have larger ears and their skulls are shaped differently. Some scientists have questioned splitting them into distinct species, because they do sometimes cross breed. However, others say the new categorization is long overdue.

The new categorization has important conservation implications. For one thing, it reveals how much trouble both species, but especially the forest elephants, are really in. The new assessment found that the population of forest elephants had fallen more than 86 percent in the last 31 years, while the population of savanna elephants has decreased by at least 60 percent in the last 50 years, according to the IUCN. As of 2016, there were 415,000 elephants of both species alive in Africa.

For both species, the main drivers of the decline have been poaching, which peaked in 2011, and habitat loss through the conversion of their homes for agriculture and other human uses.

“With persistent demand for ivory and escalating human pressures on Africa’s wild lands, concern for Africa’s elephants is high, and the need to creatively conserve and wisely manage these animals and their habitats is more acute than ever,” Dr. Kathleen Gobush, lead assessor of the African elephants and member of the IUCN SSC African Elephant Specialist Group, said in the press release.

Viewing them as distinct species can help with these conservation efforts, Gobush further explained to The Guardian. So far, savanna elephants have dominated research and the popular imagination, while forest elephants are less studied.

“This reclassification allows dedicated attention to each animal – the forest elephant and the savanna elephant – and then to tailor conservation plans according to each species’ needs, which are different,” Gobush said.

One bit of good news from the assessment is that conservation can work when done right. Subpopulations of forest elephants are doing well in the most protected areas of Gabon and the Republic of the Congo, according to the IUCN. The same is true for the largest single grouping of savanna elephants, who live in the Kavango-Zambezi Transfrontier Conservation Area.

However, the stakes are high. Elephants play an important role in their ecosystems, Gobush told The New York Times. Forest elephants are the sole dispersers of some tree species, while both create new habitats for other animals by eating plants and knocking down trees.

“Both of them really could be considered gardeners tending to the vegetation, more than probably any other animal,” Gobush said. “We just can’t afford to lose them, really.”