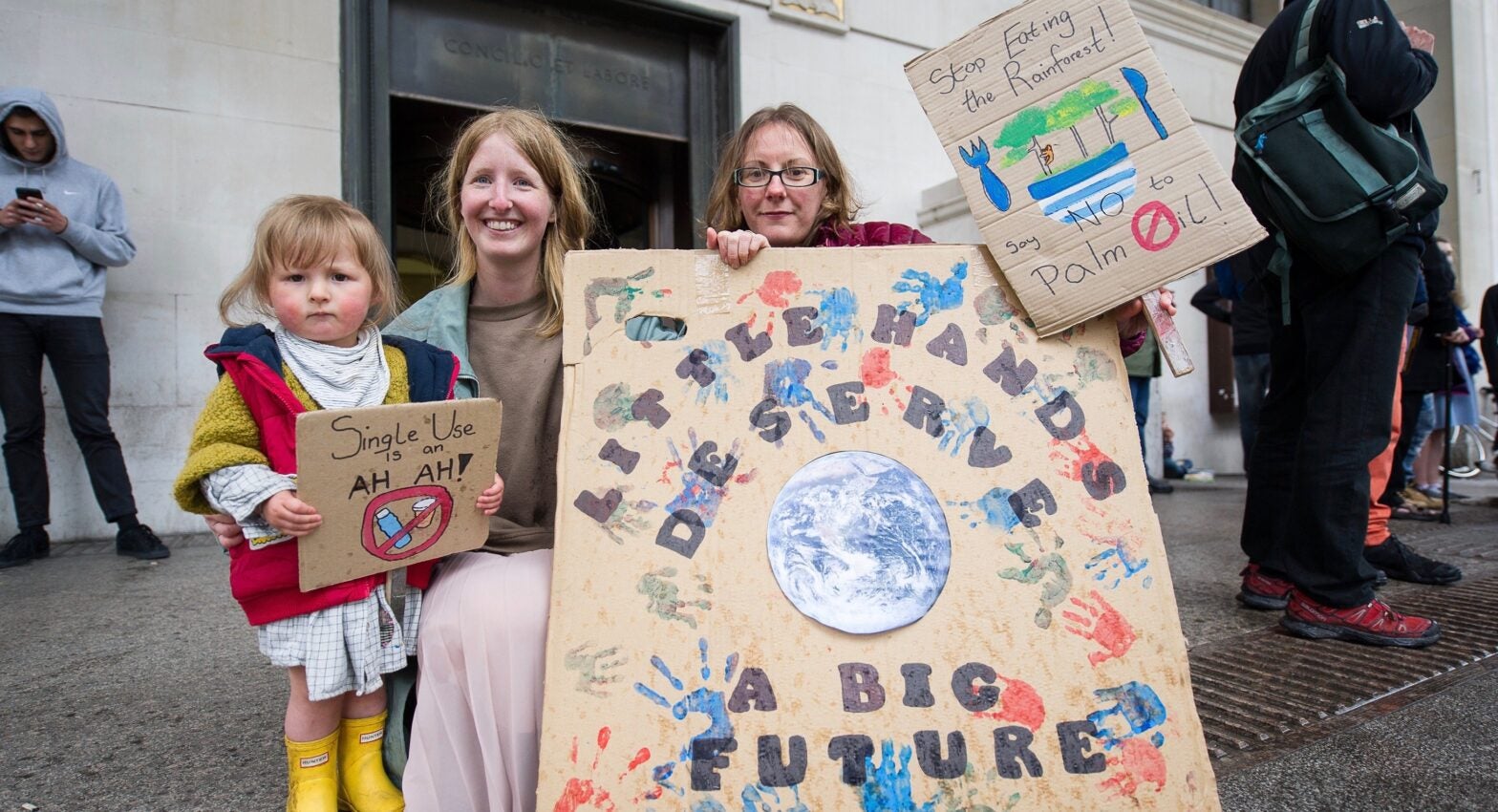 With the School Strike for Climate movement inspired by Swedish 16-year-old Greta Thunberg, young people have taken the lead on climate activism. Now, a first-of-its-kind study suggests that this could be a winning strategy to get more adults involved, too.

“There’s a robust body of work showing that kids can influence their parents’ behavior and positions on environmental and social issues, but this is the first experimental study demonstrating that climate education for children promotes parental concern about climate change,” NC State Ph.D student and lead study author Danielle Lawson said in an NC State press release.

Lawson told Reuters that the study, published in Nature Climate Change Monday, could “empower” the youth climate movement. University at Albany Assistant Education Professor Brett Levy, who was not involved with the study, agreed that it pointed to the potential impact of the youth protests.

“Sometimes people who participate in protests learn about the issues involved,” he told Reuters. “This study suggests that young people involved in these climate demonstrations could influence the views of their parents.”

NC State explained the design of the experiment, which was conducted over a two-year period:

For the study, researchers worked with middle school science teachers to incorporate a climate change curriculum into their classrooms. Prior to teaching the curriculum, researchers had 238 students and 292 parents take a survey to measure their levels of concern regarding climate change.

The effect was especially notable in conservative parents in the experimental group, who saw their concern jump an average 28 percent, according to Reuters. By the end of the study, there was no significant difference between the amount of concern expressed by liberal or conservative parents.

This is promising, George Mason University climate communication researcher John Cook told The Los Angeles Times, because conservatives tend to be less concerned with climate change and harder to educate about the subject, since views on the issue are so closely linked to group identity, including political affiliation.

“If you change your mind on something where all of your tribe believes the same thing, you risk social alienation,” Cook, who was not involved in the study, said. But he said the study suggested adults felt less threatened when their children raised the issue.

Lawson told The Los Angeles Times this was likely because children do not speak about climate change from an ideological perspective, and because there is a unique trust between parents and children.

“This study tells us that we can educate children about climate change and they’re willing to learn, which is exciting because studies find that many adults are resistant to climate education, because it runs counter to their personal identities,” she told NC State. “It also highlights that children share that information with their parents, particularly if they’re given tools to facilitate communication – and that parents are willing to listen.”

However, Lawson cautioned Reuters that the study results could only be generalized to North Carolina coastal communities.

Thirty-seven U.S. states plus Washington D.C. have science education guidelines that teach students about human-caused climate change, National Center for Science Education Deputy Director Glenn Branch told Reuters. In 13 states, the subject is either not included or taught with misinformation, he said.

“This is about education, not activism, and children are great educators. They seem to help people critically consider ways in which being concerned about climate change may be in line with their values,” Stevenson said.