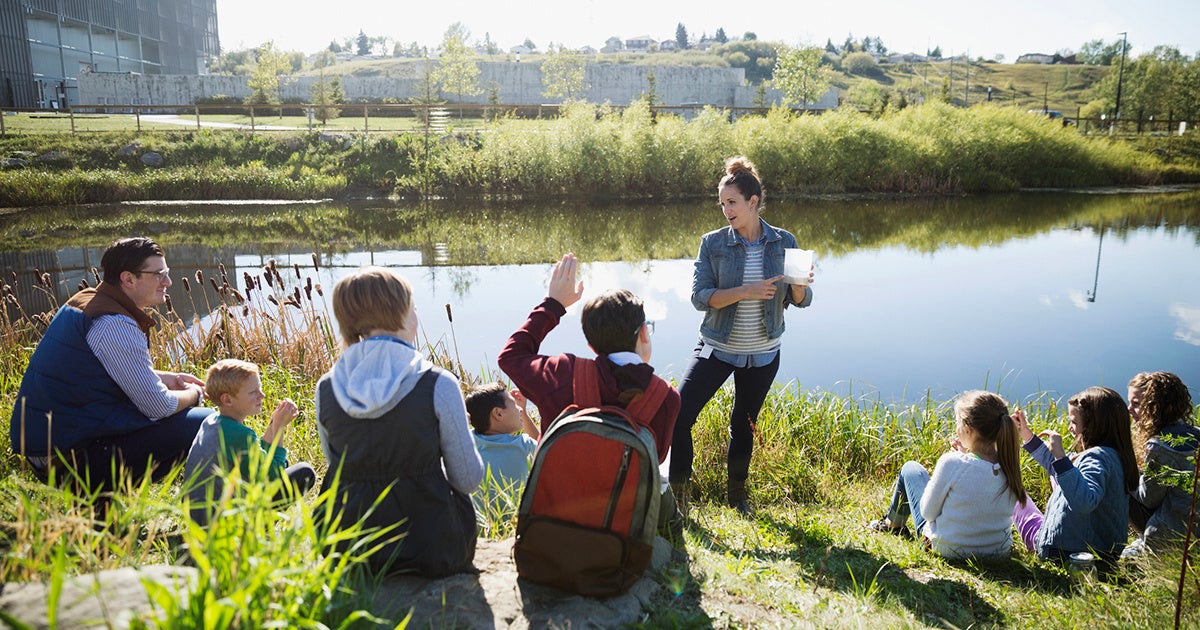 Across the political aisle, a majority of American parents support teaching climate change in schools even though most teachers currently do not.

According to a poll conducted by NPR and non-partisan research company Ipsos, nearly four-in-five Americans — children or not — support teaching climate change in schools, two-thirds of which are Republicans and 9-in-10 Democrats. Despite such support, more than half of teachers say they don’t actually cover climate change in their schools — or even talk about it, for that matter.

“You cannot explain the story of the Earth without it, and you cannot talk about most natural sciences without it,” Patrick McCormick, a former middle school science teacher in Alaska, told EcoWatch.

The survey is the first to gauge both public and teacher opinion on how climate change should be taught, reports NPR. Conducted between March 21 and 22, the poll asked more than 1,000 adults ranging from adults to millennials from the continental U.S. questions about whether schools should teach about climate change and its impacts on the environment, economy and society or to rate the threat global warming or climate change poses to the U.S.

Almost three-quarters of Americans (71 percent) surveyed believe climate change poses a threat to the country and though most agree that it should be taught in schools, one-third do not think impacts on the environment, economy or society need to be addressed in the classroom.

Even though most states have classroom standards that require at least mentioning human-caused climate change, most teachers aren’t doing so and less than half of parents are talking about it with their children.

“I think it’s important to talk about [climate change] in the context of certain classes, but the way high school is modeled, it would be tough to teach really effectively — especially in required classes,” said McCormick. “Unfortunately, curriculum hasn’t really changed in most high school classes. I read the same books in literature that my teachers did, and the kids now get taught that same thing.”

A separate poll of 500 teachers found that 86 percent want climate change to be taught in schools, but two-thirds suggest it is out of their subject area. Additionally, teachers are often overworked and underpaid and prioritize other curriculum, such as science, math, basic literacy and financial education, over teaching climate change. Nearly one third of parents say they worry about parental complains and McCormick agrees, adding that he doesn’t think most parents in Alaska would be receptive to their kids learning about climate change even though it is critical to understanding how the planet works and what its future might look like.

“In terms of teaching climate change, we could adequately fund education. In terms of society, we have to pass radical legislation to force people to act in the best interests of the planet,” said McCormick.

Other obstacles face teachers in their desire to teach climate change; 17 percent of respondents said they don’t have the materials or that the subject matter is beyond their scope of expertise, while 4 percent said their school did not allow climate change to be taught.