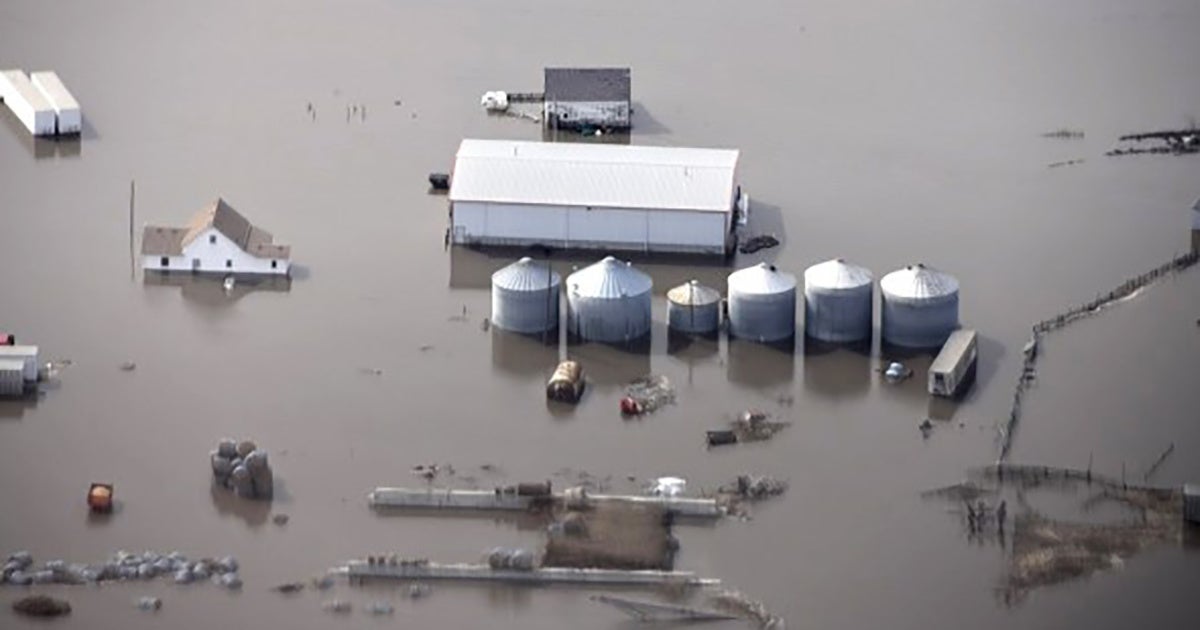 Flooding along the Missouri River in rural Iowa on March 18. Iowa Homeland Security and Emergency Management

For the second time in five days, a single House Republican has blocked the passage of a $19.1 billion disaster package long-awaited by survivors of the climate-change related disasters that have devastated U.S. communities in the last two years.

The bill passed the Senate Thursday after President Donald Trump agreed to sign off on $900 million to help Puerto Rico recover from Hurricane Maria and to seek funding for the Southern border in a separate bill.

“If the speaker felt that this was must-pass legislation the speaker should have called a vote before sending members home,” Massie said, according to The New York Times.

Legislative malpractice is all-too-common here in The Swamp. I object. pic.twitter.com/zLttUrXCBe

Massie argued that there should be a roll call on such a large bill and that there was no actual plan to pay for the disaster aid, according to Reuters.

“Everybody wants to be a hero by coming in and writing checks (for disaster aid). Those checks aren’t backed up by anything. We’re borrowing the money for all of this,” Massie said, as Reuters reported.

Roy had called trying to pass the bill during the recess “a very swampy thing to do” and also objected to the fact that it did not include the around .5 billion that Trump had originally requested for the border, according to The New York Times.

However, supporters of the bill say it is sure to pass when lawmakers return in early June, and that delaying it puts unnecessary strain on the farmers and disaster victims waiting for aid.

“The bill is going to be signed into law before the end of the first week of June,” Georgia Republican Rep. Austin Scott said after Roy blocked it, as The New York Times reported. “Quite honestly, it’s a childish stunt.”

The bill responds to the wildfires, hurricanes and record flooding that have impacted U.S. communities in the past two years. It would help farmers recoup crop losses and repair infrastructure, including military bases. It would also extend a national flood insurance program set to expire Friday, Reuters reported.

Today’s heartless objection once again delays desperately needed relief for families and communities across the country. It is disheartening to see @HouseGOP callousness in the face of so much suffering.

The House’s Republican leadership had agreed not to obstruct passage of the bill over the recess, CNN reported, but had also warned that individual members might try to stall it.

House Democrats will attempt to pass the bill again Thursday, but that attempt could also be blocked by a single Republican, according to The New York Times. House Majority Leader Steny Hoyer said the bill would pass “overwhelmingly” when House members return from the recess the first week of June, Reuters reported.