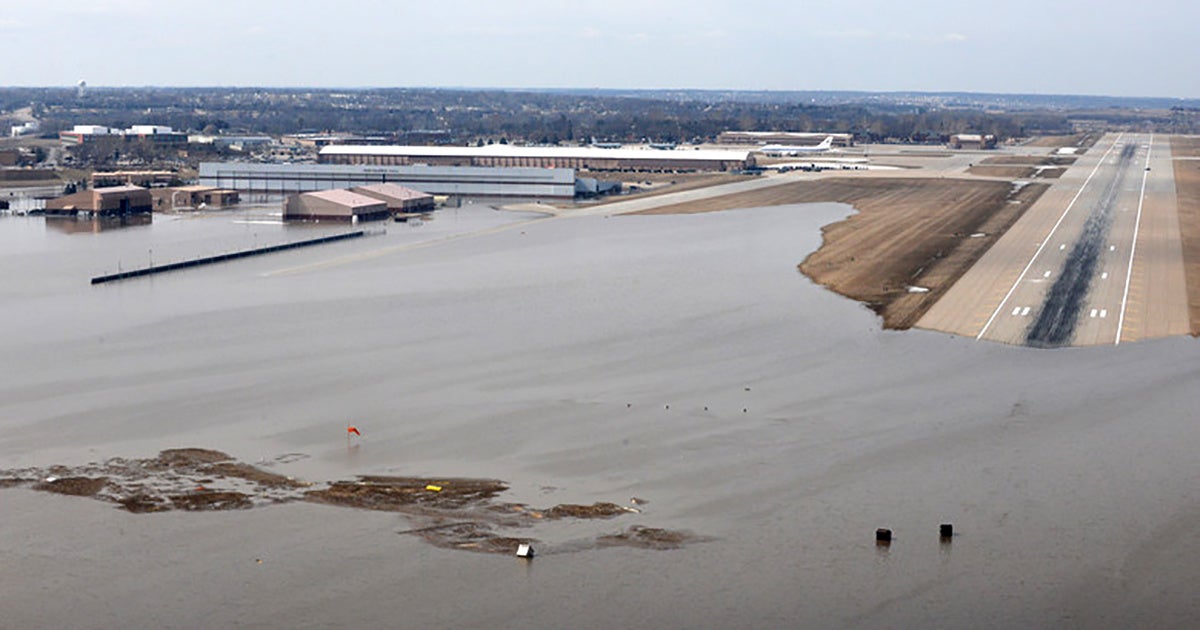 The historic flooding that devastated Nebraska last week has also submerged one third of an Air Force base, offering a further illustration of the threat posed to national security by climate change.

Flooding at Offutt Air Force Base forced the evacuation of eight planes, including one of four Boeing-made E4-B planes that are supposed to act as an aerial command center if ground bases are destroyed in an emergency like a nuclear attack, Reuters reported. Waters inundated 30 buildings at the base.

“It is extremely clear that we face a grand challenge,” Colonel Michael Manion, 55th Wing Commander said in a Facebook post reported by The Verge.

Offutt Base also houses Strategic Command, which is in charge of the nation’s nuclear weapons, but its headquarters was on a hill and not impacted by the floods.

The incident comes as the Trump administration is considering forming a panel on whether or not climate change poses a national security risk, which would be headed by staunch climate denier William Happer. The Pentagon already found that climate change posed a threat to military bases in January, and former military and intelligence leaders have written to President Donald Trump urging him not to challenge those findings.

The flooding at Offutt base has prompted further criticisms of Trump’s denialism.

“This is an example of a vital threat to our national security from a climate-related disaster, and more of this kind of thing is likely in the future,” Center for Climate and Security co-founder Francesco Femia told Reuters, saying the incident showed why Trump should not interfere with military assessments of climate risk.

The Pentagon report released in January did not list flooding as a potential climate risk to Offutt Base. Instead, the report said the base was most likely to be impacted by drought, The Washington Post reported.

Despite this, climate change does make flooding events like the one that swamped the base more likely, as The Washington Post explained:

Warmer temperatures mean more evaporation from soil and more droughts. That moisture, though, goes into the air, which can hold more water as it warms. That leads to bigger, more powerful storms with more precipitation — including in snowstorms. Since 1958, the percentage of days each year in which precipitation has met or exceeded the 99th percentile increased by 29 percent in the Dakotas, Montana, Wyoming and Nebraska.

The Nebraska flooding isn’t the only extreme weather event to impact military installations in recent years, The Verge pointed out. Last year, Marine Corps Base Camp Lejeune in North Carolina was damaged by Hurricane Florence and Hurricane Michael caused billions of dollars in damage to Tyndall Air Force Base in the Florida panhandle.